With traditional sports on hiatus due to coronavirus, esports is primed to fill the void 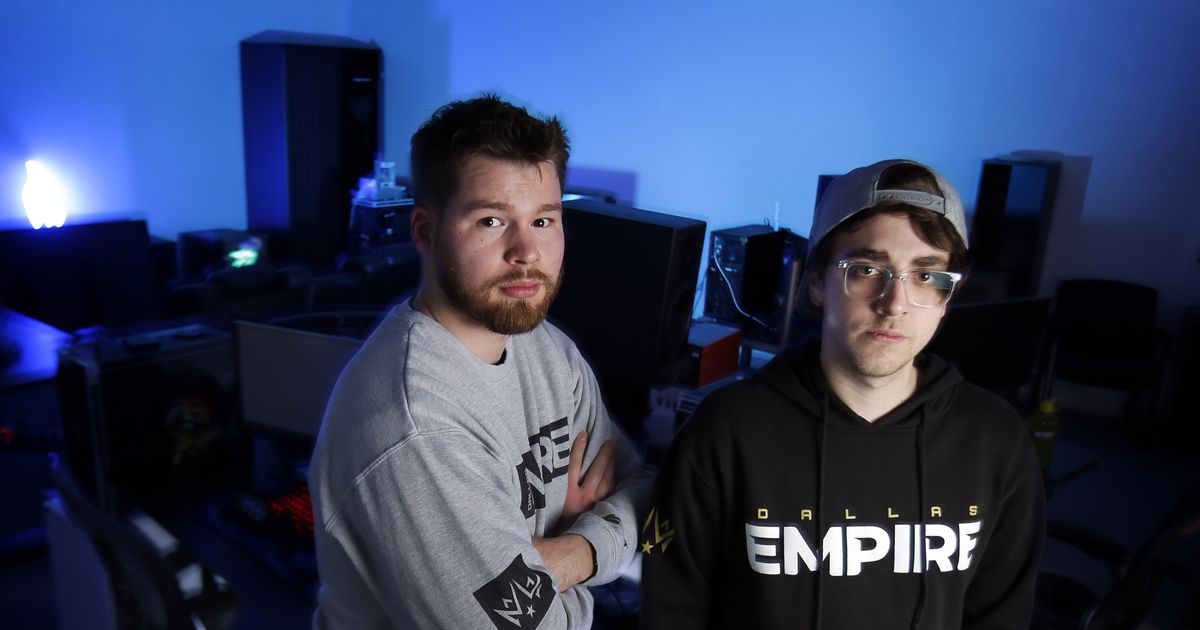 With traditional sports on hiatus due to coronavirus, esports is primed to fill the void

Justin Jackson can’t play basketball for a while, but the Dallas Mavericks promoted a different craft of his, one that’s done outside of American Airlines Center.

Jackson, a 24-year-old professional basketball player and avid video game player, tweeted Saturday that he was going to play Call of Duty: Modern Warfare’s new Warzone mode, and that fans could watch his live stream online.

The Mavericks, who don’t have any games scheduled for the foreseeable future because the NBA postponed its season to prevent further spread of the coronavirus COVID-19, shared his Twitch link. Jackson played for four and a half hours, reaching nearly 150 views.

Mavericks All-Star Luka Doncic implied through his own Twitter that gaming is all he’s been doing since the league suspended action, asking how he can set up a stream. He and teammate Jalen Brunson even broadcast two matches of FIFA on Wednesday (Doncic won both, outscoring Brunson 13-4 on aggregate).

For years, professional athletes have flocked to video games as an outlet for entertainment and competition. It’s increased over the years, but judging by social media activity by some of the pros over the weekend, it swelled during the latest moratorium over team and league activities.

Fans can watch their favorite traditional sports stars play games, but guys like Jackson and Doncic are but casuals in this field. There are already bonafide professionals in the industry, practicing eight hours a day and comfortably making six-figure salaries to dominate matches among the best.

Though esports events have been postponed or canceled worldwide, their seasons aren’t grinding to a halt. Professional gamers can still compete remotely and maintain the highest level of gameplay — plus, fans can still spectate and without charge.

North Texas has plenty of options for those looking for more about esports. Two of the industry’s giants, Envy Gaming, backed by Dallas oil magnate Kenneth Hersh, and Complexity Gaming, which has the support of Jerry Jones, are becoming staples of North Texas in an industry that’s been predicted to reach $1.7 billion worldwide in the next year.

These aren’t kids playing games in their basement deep into the night, though they may inevitably still take part in such actions. Sports filled a void for many, and esports can deliver now because the two industries are closer than it may appear: the best in the world gather to compete with high stakes for lucrative money in that world.

The best Jackson or Doncic could do right now may be shooting hoops in their own driveways or working out on their own. Esports stars could do their whole job remotely, though

In fact, the Mavericks already have an esports team: Mavs Gaming competes in the NBA 2K League.

Artreyo “Dimez” Boyd, 24, became their star the moment he was drafted first overall in the 2K League draft in 2018. Boyd has heard all the criticism from “it’s not a sport” to “anybody can do that.”

“My response is, and always will be, ‘Well, you come do what I do,’” Boyd said. “Whether I tried playing with an ex-girlfriend or a best buddy, they pick up a controller and can’t shoot a jump shot, and that’s one button. It looks easy just like anything else with traditional sports.

“I can’t go out there and do what Luke Doncic does. I guarantee a casual fan or hater can’t pick up a controller and do what I do.”

The reality is, like NBA players, nobody could replicate what Boyd or any esports professional does. There’s a reason tens of thousands of people tune in to watch esports professionals play. The amount of people at a global level who consider themselves esports enthusiasts is growing at a speedy pace, and could reach nearly 300 million by 2022, according to Statista.

There are true leagues, too. Envy Gaming, based in Victory Plaza, adjacent to the AAC, has two teams, the Dallas Empire (Call of Duty) and Dallas Fuel (Overwatch) competing in city-based leagues just like the NBA or NFL. Their players were signed to contracts, and would travel and compete when there weren’t health and safety concerns.

Empire star James “Clayster” Eubanks, a two-time world champion at the age of 27, which is considered older for an esports talent, didn’t care if Call of Duty was a sport or not.

“There’s competition, rules and a winner,” Eubanks said. “You can argue about what it is or isn’t, but in the end it’s entertainment.”

COVID-19 had its impact in the esports community — all live events for Envy Gaming were postponed, including home stands for both the Fuel and the Empire — yet the pandemic couldn’t stop the competition or hold back organizations from sharing their teams with fans. The Fuel will resume play, albeit online, March 28-29.

The Empire’s home series set for that same weekend at Toyota Music Factory was canceled. It was the team’s opportunity to play in front of its home base for the first time, as the Call of Duty League was in the middle of its inaugural season.

The Empire will still get to play league matches, just not to a live audience. Both Overwatch League and Call of Duty League matches are broadcast free on Youtube.

“What’s great about esports is that a lot of the competition actually started online and many official matches were held there,” Envy Gaming owner and CEO Mike Rufail said. “That was all until the funding put us all in a spot to invest in the live events more. So this isn’t something we are too worried about because we have a good connection and a decent amount of infrastructure to play competitive matches on the internet.”

The esports world didn’t go untouched. It was impacted by the pandemic in several ways, from disrupting travel to preventing international teams in the Overwatch League from competing against western squads.

There were significant hiccups with some of the logistics once it became unwise to travel. Frisco’s Complexity Gaming, which has esports teams for nine different titles, including Fortnite, Apex Legends, FIFA and Madden, had their Counter-Strike team stranded in Europe after competition.

Kyle Bautista, the Chief Operating Officer at Complexity, said they had to weigh a couple options, which led to keeping the team in Denmark.

“We had to make a rather difficult decision about whether we were going to bring our team home around all the travel concerns or if we wanted to hunker down in a place we were confident they would be safe and stable and continue to do their jobs,” Bautista said.

They can still do their job, though. Esports can thrive. Rufail said Envy has a new internet router, and as long as they make sure competition teams have similar connections, they can fairly compete. All a spectator would have to do is watch from their bed.

Many items are carried over from traditional sports to the online gaming world. The team chemistry, dynamic talent and trash talk have been cornerstones of how the industry entertained.

Sports may be gone for a bit, but North Texas still has world-class competitors, and they won’t be stopped.

Overwatch: The games describes itself as a team-based shooter and matches consist of animated heroes in a 6-on-6 battle to control objectives with unique abilities. The Dallas Fuel, owned by Envy Gaming, compete in the Overwatch League.

Call of Duty: One of the most tenured titles in all of gaming history, Call of Duty remains a first-person arena shooter that rewards mechanical skill. The Dallas Empire, also owned by Envy Gaming, copete in the Call of Duty League.

Counter-Strike: Otherwise known as CS:GO, the game is also a first-person shooter where teams use angles and strategy to arm, or disarm, an objective. Complexity and Envy both have CS:GO teams, and Complexity’s group is in the middle of it’s ESL Pro League season.

NBA 2K: Professional basketball meets the video game world as the best players compete in 5-on-5 games under NBA rules. Whoever has the most points at the end of regulation wins. Mavs Gaming went 12-4 in the 2019 season.

Apex Legends: Apex is a battle royale game, where teams of three select characters with different strengths to land on an island with 60 others to collect loot and be the last to survive. Apex is still a growing esport, but has survived in its spot longer than most battle royale titles.