Winner and Loser of the Week in Florida politics 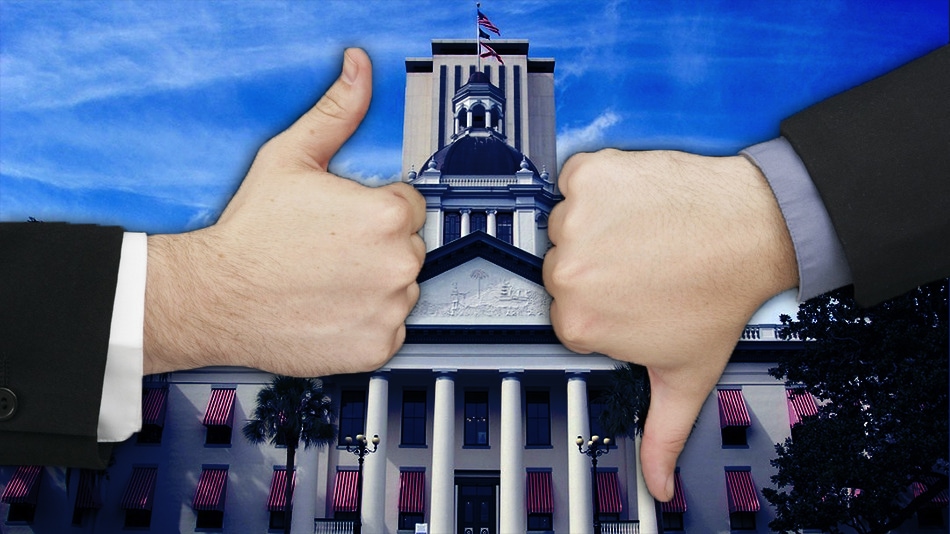 Winner and Loser of the Week in Florida politics

We’ve all had a few days to recover from the primary elections, but this is no time to dawdle. November 3 will be here in a little more than two months.

OK, so the blizzard of TV ads and robocalls will make it seem longer.

But we can’t let the primary go without acknowledging that Florida made history. State Rep. Shevrin Jones easily won the Democratic nomination for SD 35.

He would be the openly LGBTQ Black Florida State Senator.

Equality Florida political director Joe Saunders noted the win gives “our first seat at the table in the Florida Senate.”

Jones received 43 percent of the vote in a six-person Democratic primary. He will face write-in candidate Darien Hill and is widely expected to win easily.

With that, let’s get on to the rest of our weekly enterprise of Winners and Losers.

But Tuesday’s primaries generally went off without a serious hitch. Secretary of State Laurel Lee noted that the turnout was higher than most Florida primaries, fueled by a surge in early voting and mail ballots.

Still, the main event is yet to come. Turnout in November could be about three times what it was for the primary.

“We still have much work to do to prepare for November’s Presidential Election, to ensure that voters are registered and aware of their voting options,” she said.

Almost (but not quite) biggest winner: We the people. Florida voters in both major parties showed that they can reject extremism and bigotry.

In the HD 14 Democratic primary, Angie Nixon defeated Rep. Kim Daniels by nearly 20 points, a resounding defeat for an incumbent who seemed out of step with her party’s stances on multiple issues.

Daniels deviated from her Democratic colleagues on several issues. She sponsored the House bill requiring minors to get a parent to sign off before they can get an abortion. She often expressed anti-LGBTQ beliefs.

In 2019, she wanted to force public schools to offer elective courses in religion, Hebrew Scriptures, and the Bible. It did not pass.

In HD 1, voters decided they’d had enough of Rep. Mike Hill’s outlandish antics and fired him. Michelle Salzman beat him in the Republican primary 53-47 percent.

Hill once joined in the laughter at a public meeting when someone said gays should face the biblical punishment of stoning. He has called Islam a demonic cult and tried to prohibit moving Confederate monuments.

Democratic primary voters in HD 88 also had their say on Rep. Al Jacquet. They overwhelmingly chose his opponent, Omarl Hardy, by 17 points.

During the campaign, Jacquet attacked Hardy, who was raised by two moms, by calling him a “batty boy.” That’s a homophobic slur used in many Caribbean nations.

Jacquet also was fined multiple times for errors in his campaign filings. And opponents weren’t sure he really lived in the district he represents.

But there can only be one biggest winner — except this time there are two.

The biggest winner(s): Anna Eskamani and Matt Gaetz. They come at it from different sides of the political spectrum, but both know their way around a microphone. Both used the power of endorsement to great effect during the primary.

Eskamani endorsed Nixon in her HD 14 primary against Daniels, and we see how that played out. She was all in for Hardy in what became a rout over Jacquet, and for Jones. She also backed several other candidates who either won their primaries or advanced to the November general election when their Democratic primary was canceled.

Gaetz, meanwhile, helped secure Republican Scott Franklin’s primary win over incumbent Ross Spano in CD 15 with a rousing endorsement. Of course, with Gaetz is there any other kind? He also scored a win – if you want to call it that – by supporting far, far, far-right conspiracy theorist Laura Loomer in the CD 21 primary.

When she grabbed 43 percent of the vote to win the primary, President Trump tweeted “Big win, Matt!” 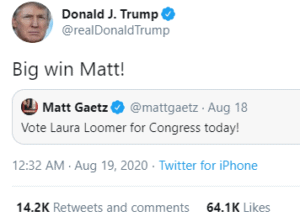 This probably is as far as it will go, though. Loomer likely will be doomer – uh, doomed – in November. She is in a blue district against popular Democrat Lois Frankel. But Gaetz is a player in the battle for endorsements and political muscle. He doesn’t just say, “Hey, vote for this person!”

He brings money, motivation, and close connections to the Oval Office.

For now, though, is you’re a progressive running for office, make friends with Eskamani. And if run with the “build that wall” crowd, curry favor with Gaetz.

Dishonorable mention: Marco Rubio: He swung and missed badly by supporting Spano in CD 15. He also was in Rep. Dane Eagle’s corner in CD 19, and that didn’t work out either.

Supporting Spano wasn’t the same as boarding the Titanic 30 minutes after the iceberg hit, but it was close.

Rubio referred to Spano as an “effective leader and staunch conservative,” to which voters responded, “Meh.”

Almost (but not quite) biggest loser: Richard Corcoran. Florida’s tally-ho Commissioner of Education Richard Corcoran brought out his brass knuckles. He went on Fox News to threaten the jobs of teachers who don’t show up for in-person instruction.

After a scathing backlash on social media, Corcoran later told Florida Politics that, well, he doesn’t actually have the authority to fire them.

Corcoran’s bravado can get in the way of common sense. In this case, the state education machine wants teachers to quit whining and return to their Petri dishes, also known as classrooms. But it also wants them to continue remote teaching for students who opt-out of in-person classes.

And the state continues to push the fantasy that the danger of contracting COVID-19 from young people is minimal. A quick Google search will list multiple stories that show that’s just not so.

Let’s connect the dots, shall we?

President Trump wants schools open, as does his education Cabinet secretary Betsy DeVos. Gov. Ron DeSantis has frequent contact with the Administration. Corcoran works at the pleasure of DeSantis. It’s an election year where polls show the President is in deep trouble.

The President wants to give the appearance that all is well.

And teachers are the pawns in this game of chicken with a deadly virus.

The biggest loser: Spano. If it seems like we’re picking on the soon-to-be-former member of the U.S. House, it’s because he just completed a spectacular pratfall.

Yes, the scandal over his campaign finance violations ultimately blew him out of office after just one term.

But there was something about the way Spano conducted business that pointed to a bigger problem. Moderate Democrats wouldn’t support him, and hard-rock conservatives considered him wishy-washy.

Gaetz destroyed Spano on Twitter, referencing a story in the Tampa Bay Times. “Despite working in Congress for two years, Spano has not clinched an endorsement from Trump, who has weighed in on at least 22 primaries in battleground districts like Spano’s,” the story said.

Enough voters were convinced in the GOP-leaning district that putting Spano on the ballot in November could turn the seat blue.

These days, there is no higher political liability than that.