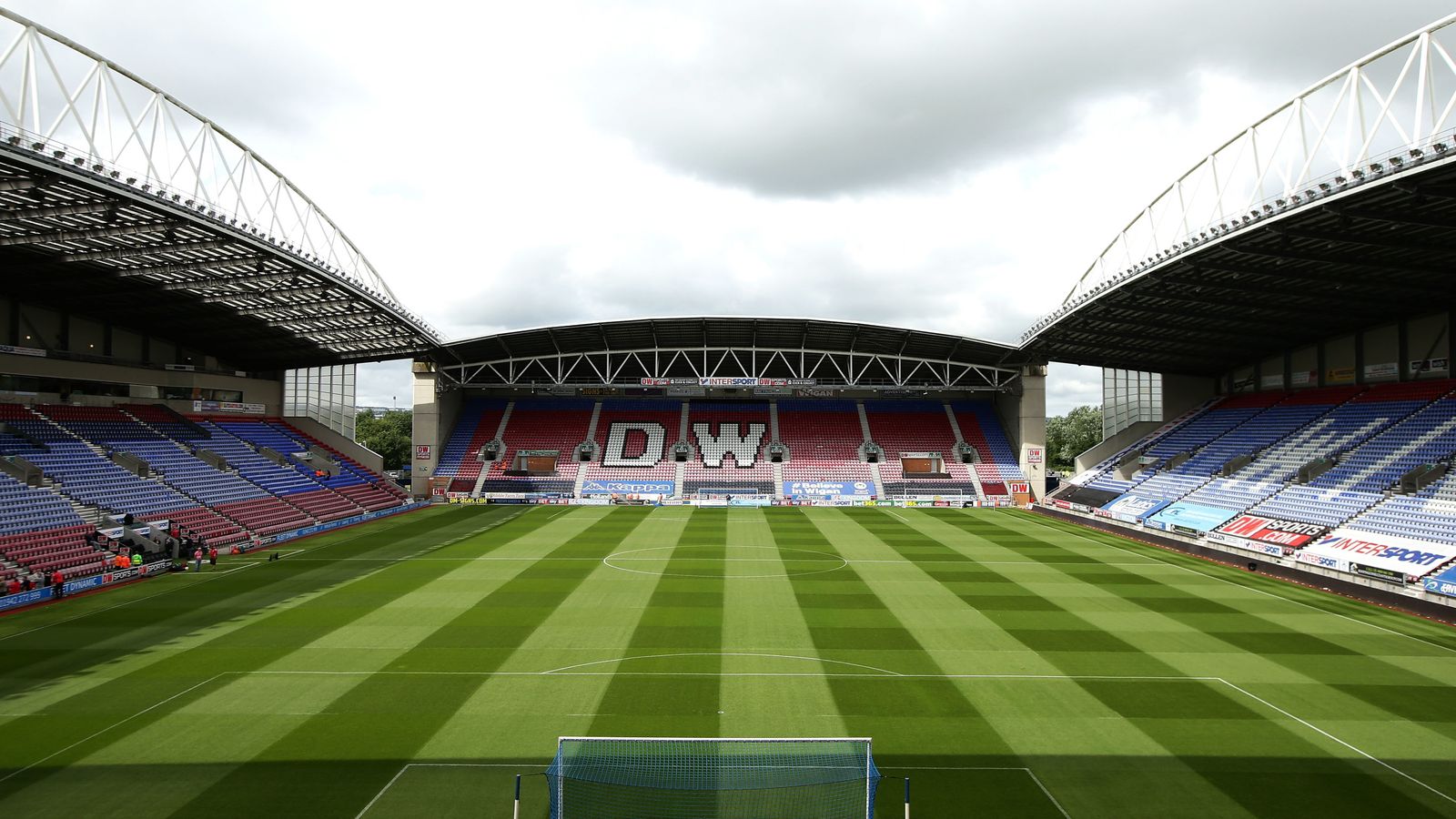 Wigan will be handed a 12-point penalty by the EFL after the club announced they had entered administration.

The timing of the Latics’ points deduction is currently unclear, with the league saying it can only be decided once the final Championship table is determined.

Wigan are currently 14th in the Championship and eight points clear of the relegation places. If the sanction were applied currently, they would drop to the bottom of the table.

In a statement, the EFL said: “The EFL is awaiting formal notification from the administrators and once the league has received this it will commence discussions with the relevant individuals with the aim of achieving a long-term future for the club.”

Paul Stanley, Gerald Krasner and Dean Watson from Begbies Taylor have been appointed as joint administrators of the club.

Krasner said the coronavirus pandemic has had a detrimental impact on Wigan’s finances, adding: “Our immediate objectives are to ensure the club completes all its fixtures this season and to urgently find interested parties to save Wigan Athletic FC and the jobs of the people who work for the club.

“Obviously the suspension of the Championship season due to Covid-19 has had a significant impact on the recent fortunes of the club.

“Wigan Athletic has been a focal point and source of pride for the town since 1932 and anyone who is interested in buying this historic sporting institution should contact the joint administrators directly.”

The Latics were in the Premier League as recently as 2013, and won the FA Cup for the first time in their history in the same year.

The club were owned by JJB Sports co-founder Dave Whelan until November 2018, when he and his family sold to the Hong Kong-based International Entertainment Corporation (IEC).

There was a further change of ownership on May 29 of this year, when IEC divested its ownership to Next Leader Fund.

IEC said in a letter to fans its decision came “after thorough assessment of several factors including the club’s financial position, management team and objectives, particularly the promotion to the Premier League”.

The letter added: “There are areas of misalignment in expectations which we feel may hinder our partnership going forward.

“Combining with the outbreak of the Covid-19 has created more uncertainty around the financial position of the EFL and the football business as a whole.”

Do not miss your chance to land the £250,000 jackpot for a sixth time this season on Wednesday. Play for free, entries by 6pm.