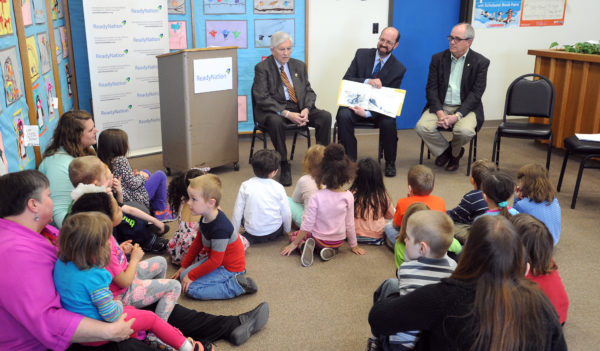 
Over the last few years, education and business leaders have united around the importance of public education to Maine’s people and economy. A key part of this effort are groups like ReadyNation and MaineSpark, organizations that seek to make sure Maine people in every stage of life, from every background and from every corner of Maine, have access to programs that position them – and Maine’s economy – for success.

The Maine State Chamber of Commerce also has partnered with Educate Maine and the Maine Development Foundation to measure Maine employers’ concerns and priorities. The chamber’s latest findings in a recent report tell us that increasing the size and skill level of Maine’s workforce is a critical investment needed for Maine businesses to succeed.

How do we help accomplish that goal? Maine business leaders agree that education is the single most important investment we can make to ensure successful participation in today’s economy. It starts with making sure all Maine children have access to quality early learning, including public pre-K, so they have a chance to build a solid foundation from which to learn and grow throughout their schooling.

The solid foundation laid in high-quality pre-K programs gives every Maine child a better chance of doing well throughout the educational continuum, so that they can achieve their highest educational potential. This is especially important for kids who are considered at-risk. Based on Maine’s workforce projections, we cannot afford to leave any child behind.

The research shows us that reaching kids early in life with programs like pre-K is an effective, worthwhile investment. For example, Maine Department of Education data show that at-risk 4-year-olds who attended public pre-K programs scored four to seven percentage points higher on reading and math assessments in the third and fourth grades when compared to their peers who did not attend pre-K.

These numbers translate into an unbeatable long-term rate of return – up to $16 for every $1 invested. And there is a huge difference in lifetime earnings between a college graduate and someone who drops out of high school: up to $2.1 million per dropout. These staggering earning losses translate into less spending power, fewer contributions to the tax base and less productivity, all of which hinder Maine’s economic growth and success – and people’s ability to prosper.

We’re pleased that Maine has made steady progress toward increasing voluntary pre-K programs in various regions across our state in recent years, now serving about 47 percent of our 4-year-olds.

However, we have much more work to do.

Many additional Maine communities and school districts are interested in adding public pre-K programs. The $7 million proposed in Gov. Janet Mills’ budget is a first step toward achieving the goal of providing more of our youngest children high-quality early learning opportunities.

Waiting to invest in Maine’s most precious assets, our children, until they enter the K-12 education system is often too late. Investment in early education is a social and moral imperative. It is also real economic development. For Maine, it is an economic imperative.

Quality public education is critical to building and strengthening Maine’s future workforce and our state’s economy. On behalf of Maine’s business community, we applaud Mills for prioritizing investments to increase access to public pre-K across Maine, so that more Maine kids get a chance at a great start in life. We urge state legislators to support the governor’s proposed pre-K expansion funding in the biennial state budget so that Maine employers, our economy and our people can achieve the great success we all deserve.

Dana Connors is president of the Maine State Chamber of Commerce.