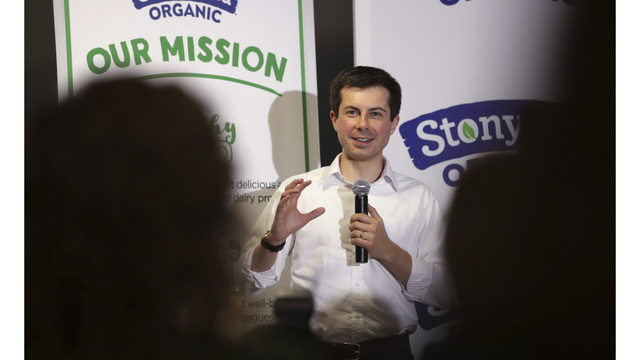 Watch how Penn State’s sophomore linebacker Micah Parsons is ready to take the next steps in his star development.
Frank Bodani, Wochit

Penn State is building yet another reputable Top 20 recruiting class.

But will it be able to land the kind of knockout punches expected now more than ever?

This 2020 cycle seemed primed for a monumental push when considering coach James Franklin’s recruiting prowess combined with an overload of top-end talent in the Nittany Lions’ stronghold of Pennsylvania, Maryland, Washington, D.C. and Virginia.

While they are landing early recruits with upward potential, they are missing out or losing traction with the biggest, program-defining prospects.

The nation’s top-rated receiver owns many reasons to pick the home state Nittany Lions, including a tight relationship with the coaching staff. But even his standing may be in doubt with four of the past five “crystal ball predictions” by recruiting experts saying he will end up at Ohio State or Clemson. 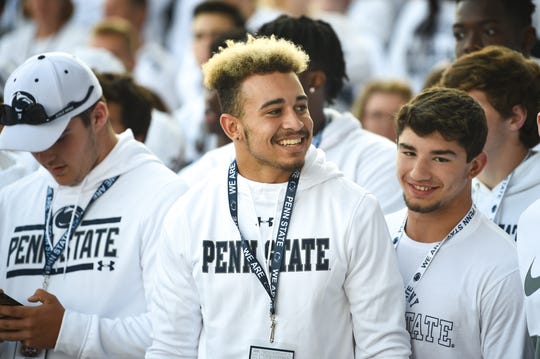 Of those six elite 5-star recruits in Penn State territory, Fleming is the only one seemingly with a decent shot of landing in State College.

If Penn State misses on all of them?

“Just the message that it would send …,” said Ryan Snyder, a recruiting analyst with Blue-White Illustrated. “Man, if they miss out on (Fleming), that would be a major loss. Just the optics of it …”

While Penn State is winning on a national level again (31-9 over the past three seasons) it lost some of its national buzz with a pedestrian 2018. For the second straight season it lost excruciating games to Ohio State and Michigan State.

The latest loss is Damascus, Maryland defensive tackle Bryan Bressee — the nation’s overall top recruit, according to 247Sports. The Lions developed one of the earliest relationships, but Clemson is the big favorite in his decision announcement Tuesday afternoon.

The national champion Tigers also are expected to land another top target in Virginia 5-star linebacker Antoine Sampah. Penn State appears on the outside even with its recent verbal commitment from teammate R. J. Adams.

Then there’s five-star running back MarShawn Lloyd from Hyattsville, Maryland  has been trending toward Georgia since the beginning of the year. Baltimore 5-star defensive end Chris Braswell committed to Alabama last November.

The Lions most recent verbal commitments are all linemen — 3-stars Nick Dawkins, Golden Achumba and Adams to go along with 4-star Cole Brevard.

“I think Penn State fans had crazy high expectations because of how stacked the region is,” Snyder said. “But at the same time, they’re coming off a season where they didn’t score any huge (wins). That’s going to transition on the recruiting trail …”

Plus, “That’s what happens when you recruit against Ohio State and Clemson. That’s big boy land. Clemson is the hottest team in the country. They’re Penn State’s biggest adversary right now.”

The 2018 recruiting class was one of Penn State’s highest-ranked ever — wrapping up immediately after back-to-back 11-win seasons.

Can PSU take next step without best prospects?

Now, the Lions are building a strong foundation, yet again, but without the headline recruits.

The caveat is that a few of the 3-star prospects may be on the verge of earning that coveted fourth star and altering the complexion of the group.

Those with that potential include Adams, Achumba and Michigan offensive lineman Grant Toutant.

Achumba, in particular, “really got things together and lost a lot of weight and really pushed himself in the weight room,” Snyder said. “He became a totally different player. You don’t see that often …”

“Look, a lot of these guys were pretty high on Penn State’s (recruiting) board,” Snyder said. “They may not have the rankings now, but it’s only April. I expect quite a few to move up …”