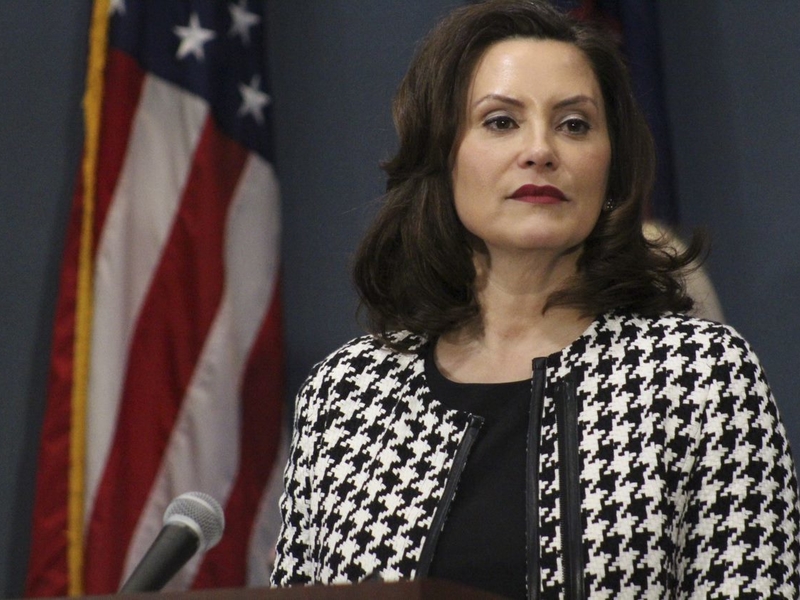 Gov. Gretchen Whitmer let a series of bills that the Legislature passed in the waning days of the 2020 session die on her desk Monday, effectively vetoing targeted tax breaks for Meijer Inc. and more time for pandemic-battered businesses to pay property tax bills.

The Democratic governor exercised what’s known as a “pocket veto,” allowing the legislation to die by neither signing nor vetoing it with her own pen and written message to the Legislature.

Michigan governors can pocket veto bills after they have sat on their desk for 14 days while the Legislature is in between sessions. The executive office maneuver, also known as a desk-drawer veto in some quarters, is not uncommon between legislative sessions.

A three-bill package the Legislature sent Whitmer on Dec. 18 would have made metro Grand Rapids-based big-box retailer Meijer eligible for an exemption on sales and personal property tax for new automation equipment at its 190,000-square-foot distribution center in suburban Lansing.

Meijer had lobbied for automation equipment that sorts and repackages consumers goods on pallets before they’re distributed to retail stores to be considered industrial equipment and not subject to sales, use or personal property tax. The retailer argued it needed the tax break to compete with grocery rival Kroger Co. and online retail giant Amazon, both of which are operating or building highly automated warehouse distribution centers in Michigan.

“Unfortunately, this is another attempt by her to discourage investment and job growth in Michigan — and Michiganders looking for work will be hurt by her efforts,” state Sen. Aric Nesbitt, R-Lawton, said in a text message to Crain’s.

MacGregor, R-Rockford, said Monday that the governor’s pocket veto of the bill without explanation made her look “weak and chicken to make a decision for a company that’s been the best ally for this state.”

The governor also vetoed another MacGregor bill — Senate Bill 943 — that would have allowed businesses harmed the coronavirus pandemic or government-mandated shutdowns in the interest of public health to pay summer 2020 tax bills late by Jan. 31 without penalty or interest.

That bill marks the second time in the past six months Whitmer has vetoed legislation aimed at giving business owners more time to pay property taxes. The first time she vetoed a property tax relief bill, the governor cited concerns about the financial impact to cash-strapped municipalities.

Last week, Whitmer line-item vetoed $5 million in a mid-year appropriations bill that would have helped finance short-term, interest-free loans for counties to make up for the delayed tax payments.

Whitmer’s office had no comment late Monday on why she vetoed the bills.

Also without comment Monday, Whitmer pocket-vetoed legislation that would have allowed individuals with a lone drunken-driving conviction get their criminal record expunged. The legislation, Senate Bill 1254, had widespread bipartisan support, passing 32-5 in the Senate and clearing the House by a lopsided 96-8 vote.

“You only get one public expungement,” Filler wrote on Twitter. “The record is still available to law enforcement for safety and charging purposes. So a policy passes with major bipartisan support by leaders on both sides of the aisle, and is quietly vetoed.”

“OWI (operating while impaired) expungement would have had a massive impact and helped thousands of Michigan citizens. So I ask again, what is our governor doing?” he added.