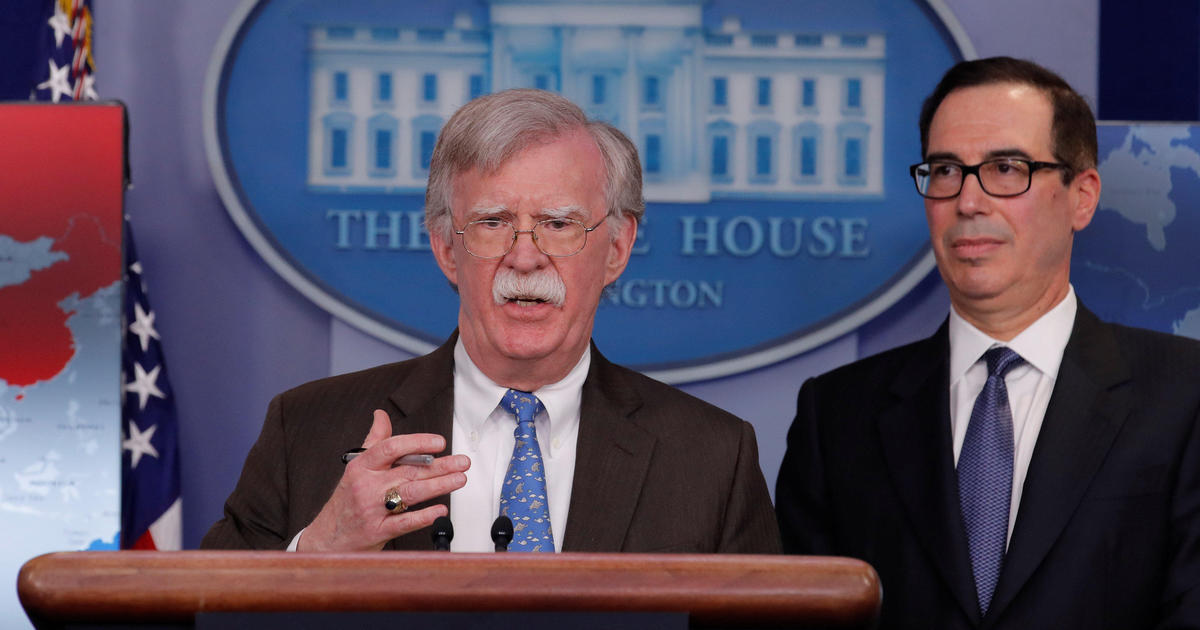 The U.S. is imposing new sanctions against Venezuela’s state-owned oil company, taking aim at President Nicolás Maduro’s government, regarded as illegitimate by the U.S. and other nations in the region.

The Trump administration and more than a dozen other governments have recognized the main opposition leader in Venezuela, National Assembly President Juan Guaidó, as the country’s legitimate interim president.

Bolton said the sanctions amount to “$7 billion in assets blocked today, over $11 billion in lost export proceeds over the next year.” Mnuchin pledged that the U.S. will “continue to use economic diplomatic tools to support the Venezuelan people’s efforts to restore their economy.” The sanctions are designed to prevent Maduro from diverting assets. The Treasury Department said the sanctions would be lifted if and when Guaidó assumes control of the government.

Venezuela has been roiled by large protests for days against Maduro’s repressive government and his handling of the nation’s collapsing economy — once considered to be one of the strongest in Latin America. Guaidó leads the only opposition-controlled body in Venezuela, the National Assembly, and declared himself interim president on Wednesday. President Trump and other heads of states across the region followed by shunning Maduro and announcing their support for the 35-year-old opposition leader.

On Sunday, Bolton said any violence against American diplomats or Guaidó would elicit a “significant response” from the U.S.

Press secretary Sarah Sanders also announced a trade delegation from China will meet with administration officials led by the U.S. trade representative for renewed talks aimed at ending the two countries’ trade impasse. The talks will take place in Washington on Wednesday and Thursday.

How to watch the White House press briefing today