Which Matches Are Fans Have The Most Buzz Heading Into Sunday 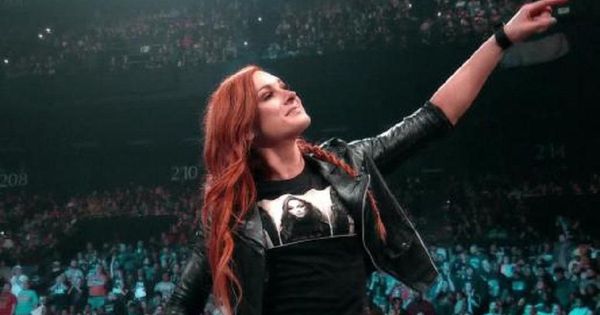 Which Matches Are Fans Have The Most Buzz Heading Into Sunday

If YouTube views is a fair judge, and I think it is to some degree, the WrestleMania 35 match with the most momentum heading into Sunday is the main event.

For the first time ever, women will headline WrestleMania, and the WWE Universe appears to be stoked for it. The wild brawl scene between Ronda Rousey, Becky Lynch, and Charlotte has generated a whopping 5.8 million views on YouTube.

The WWE wanted to generate one last bit of buzz for the historic main event, and it appears it accomplished its mission. Fans will have to wait a long time to see the match, as it appears we’re looking at 17 matches on Sunday.

Here is a look at the complete card which doesn’t include a potential John Cena and/or Undertaker match:

The second-most-watched video for an upcoming WrestleMania 35 bout is the last skirmish between Seth Rollins and Brock Lesnar. The Beast Incarnate will defend his Universal title against Rollins, but we don’t know exactly where it will appear on the card.

This is a bit surprising because it hasn’t seemed as though the WWE has captured the attention of its fanbase with this feud. However, the numbers don’t lie. There is apparently substantial interest in this match. It’s proof Lesnar’s crossover appeal is still a major factor, no matter how many hardcore fans seem to dislike him.

Roman Reigns and Drew McIntyre’s match isn’t for a title, but it has been one of the best-booked feuds. The WWE has kept Reigns as a sympathetic character after his real-life battle with cancer, and McIntyre has continued showing he has everything necessary to be a main-event star.

The two men have engaged in a number of brutal battles outside the ring, and McIntyre has gotten the better of all of those fights. The last one generated 1.1 million views on YouTube.

That’s pretty significant considering there is no title on the line. This match could literally fall in the middle of the card, but it’s apparent, there is real fan interest. Another match on the card that has no title, but does have a major stipulation attached is the Triple H vs. Batista match.

If Triple H loses, he has to retire. Both men have been solid on the mic leading up to the match, and Batista’s last video also generated 1.1 million views.

My expectations are low for this one as it pertains to in-ring action, but I’m hopeful Triple H and Batista will surprise us all.

Lastly, and a bit surprisingly, Kofi Kingston and Daniel Bryan’s last exchange before their match at WrestleMania 35 has yet to crack 1 million views on YouTube. It’s sitting around 940K. It’s the biggest Smackdown angle on YouTube, but well behind the top two Raw stories.

KofiMania has become one of the most discussed storylines of WrestleMania season. However, it’s not been as popular with the WWE’ YouTube audience as you might think. Stay tuned for a breakdown of each match after WrestleMania 35 on Sunday with awards and match grades.