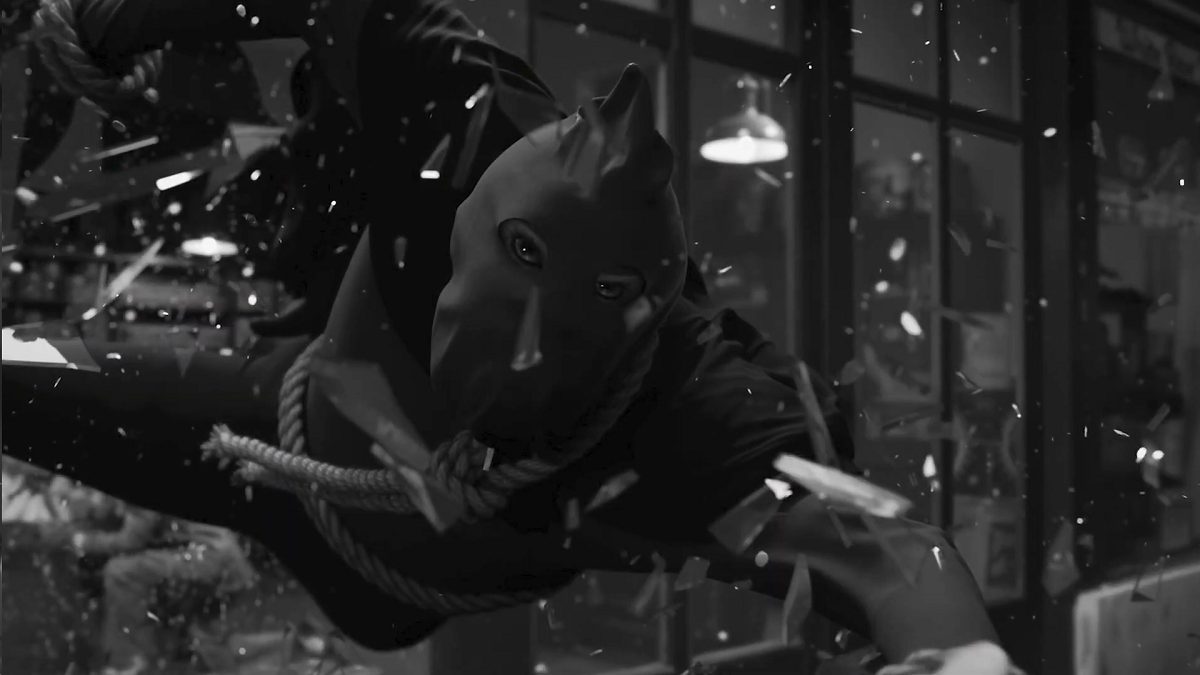 Welcome to What’s the Buzz, 25YL’s feature where members of our staff provide you with recommendations on a weekly basis. In our internet age, there is so much out there to think about watching, reading, listening to, etc., that it can be hard to separate the wheat from the chaff, filter out the noise, or find those diamonds in the rough. But have no fear! We’re here to help you do that thing I just described with three different metaphors. Each week a rotating cast of writers will offer their recommendations based on things they have discovered. They won’t always be new to the world, but they’ll be new to us, or we hope new to you. This week, Laura Stewart recommends Girl Band’s The Talkies, Jason Sheppard is listening to Come On Up To the House: Women Sing Waits, and John Bernardy discusses another Watchmen podcast: Who Pods the Watchmen?.

Their sound is weirder than the out-and-out Irishness of Fontaines DC and much less introverted than the studied murk of The Murder Capital. Girl Band has a reputation for creating noisy music. That may be an understatement. Their 2014 release Holding Hands With Jamie was received as a hallmark in the development of noise rock. And after four years of silence, Girl Band returns with an album more visceral than ever.

The Talkies begins with “Prolix,” a track with a lack of discernible instrumentation, opting instead for a simple drone and the accelerating pace of frontman Dara Kiely’s breathing. This track documents a real panic attack Kiely experienced in-studio and sets an eerie tone for his outbursts and vocal freakouts that follow in the remainder of the album. Mental health struggles are nothing new for Kiely, whose problems with anxiety and psychosis have both inspired and halted the progress of his music. Their previous album found its roots in a psychotic episode Kiely experienced which necessitated he take a year off school to rehabilitate. His struggles with mental health were also the catalyst for the hiatus which preceded The Talkies, yet each time Kiely returns he’s full of fresh ideas—new ways to express his sense of panic, anger, and dread.

Between screaming and letting go, the album bounces in all directions over its 12 tracks. Clocking in at just 45 minutes, it makes you want to invade the dance floor and break everything. There are moments of madness (“Aibophoabia”, the whirring “Laggard”, the massive “Prefab Castle”) that showcase the most prestigious chest of industrial rock, a little post-punk, a big handful of noise… and here we have the perfect album for anti-melody lovers. This album sounds like a perfect storm and even its quieter moments, such as the end of “Caveat,” serve only as nervous tension through which the band explodes into pure energy. It has the same consequence for us after listening—time is suspended, always ready to explode again. Beauty in irreverence.

Come On Up To the House: Women Sing Waits

Jason: To commemorate the 70th birthday of Tom Waits on December 7th, a new tribute album has been released in appreciation of the songwriter. Only this tribute album features some of the finest female artists recording today. Come On Up To the House: Women Sing Waits from Dualtone Music Group showcases a wealth of incredible vocalists such as Aimee Mann, Shelby Lynne, Patti Griffin, Corrine Bailey Rae and Roseanne Cash. Most of the performances are simple in execution. Cash’s soulful rendition of “Time” from Waits’ 1985 masterpiece Rain Dogs is performed with only a guitar and the shake in her voice, and the result is an eloquent, wistful jewel of a song. Another offering from that album includes Courtney Marie Andrews, taking on “Downtown Train,” who adds more vitality to the song than Rod Stewart’s airy version from 1989. The title song “Come On Up To the House,” taken from 1999’s Mule Variations, is performed by the female trio Joseph (sisters Natalie Closner Schepman, Allison and Meegan Closner). Another track from Variations is Aimee Mann’s rendition of “Hold On,” an incomparable Waits favorite. Mann makes the song her own while retaining the song’s sound (gotta have that shaker!) “Hold On” was a song about not giving up and to keep on going while another song from that album, “Georgia Lee” was written to pay respects to a young girl found dead in 1997, not far from Waits’ home. This version, performed with tenderness by Phoebe Bridgers, will shatter your heart every time you listen to it (“why wasn’t God watching/why wasn’t God listening/why wasn’t God there for Georgia Lee?”). Pair this one with Cash’s “Time” and you will need to stock up on the Kleenex for certain.

Some performers go further back into Waits’ catalogue, as singers Shelby Lynne and Alison Moore take a turn at “Ol 55” from 1973’s Closing Time (“Ol 55” was a song The Eagles made famous in the early ’70s). Patti Griffin sings “Ruby’s Arms” from Heart attack and Vine and from that same album Corrine Bailey Rae sings “Jersey Girl” (a song made popular by Bruce Springsteen). Iris DeMint performs a haunting version of “House Where Nobody Lives” (from once again, Mule Variations) while the album concludes with “Tom Traubert’s Blues” from 1976’s Small Change. My one little complaint is that Norah Jones’ magnificent version of “Long Way Home” is not included, but it is available on her own album. Come On Up To The House: Women Sing Waits, produced by Warren Zanes, is a wonderful tribute by fans of Waits who wanted to honor him through his own songs. I’ve no doubt he’ll appreciate it. Happy birthday, Tom.

Who Pods the Watchmen?

John: There are a boatload of Watchmen podcasts, all bearing similar looks and names, and to cut through some of the confusion, I’ll be reviewing one of them every week of Watchmen’s run on HBO. Who knows, maybe you’ll meet your new favorite podcast along the way.

This week I’m looking into Who Pods The Watchmen? podcast from hosts Grant and Clay, recording from Permanent RCRD Studios.

Every week the hosts put out a podcast one hour after they watch a new Watchmen episode. The episode lengths usually go between an hour and a half and two hours, so they’re not scared to go in depth or to explore theories. They have a Patreon where they post additional material, but they also release at least one smaller focus episode a week between Thursdays and Saturdays. Previous short episodes have focused on Will’s pills, the material in the first volume of Watchmen soundtrack (the only podcast I know that covered that), and last week they had an interview with producer/writer Carly Wray. The team is dedicated to give us novel material.

This week I’m focusing on their episode covering Episode 6, “This Extraordinary Being”. For what the hosts thought was going to be an Angela-focused episode, they thought the episode was a well handled reclaiming of power and tearing apart of what we know of the Minutemen. They found the race relations and iniquities hard to watch, and they discussed how well done Will Reeves’ superhero origin was while they connect more dots to the Batman and Superman origin stories. They loved how Will’s sense of doing what was right weighed more than anger towards people who’d hate him because of his skin color.

They spoke about how a reddit user found the episode title reference in the Hollis Mason supplementary material in the Watchmen comics. They want to know if the 7K is a revival of Cyclops or if we’re supposed to second guess that. And they note the parallels between Will and Angela’s stories, while also debating whether some of the memories were possibly false.

They finish the episode debating what the Millennium Clock is going to be used for in the narrative, and how Veidt will enter the stage. I’d share their theories but I’d rather you listen to them instead. This show’s a good one.

Angela time-trips on Nostalgia, and we get one of the greatest superhero origin stories

Those are our recommendations this week! What are yours? Let us know in the comments!