What’s the Buzz: Finds of the Week (The National, Ancient Aliens, and More!) 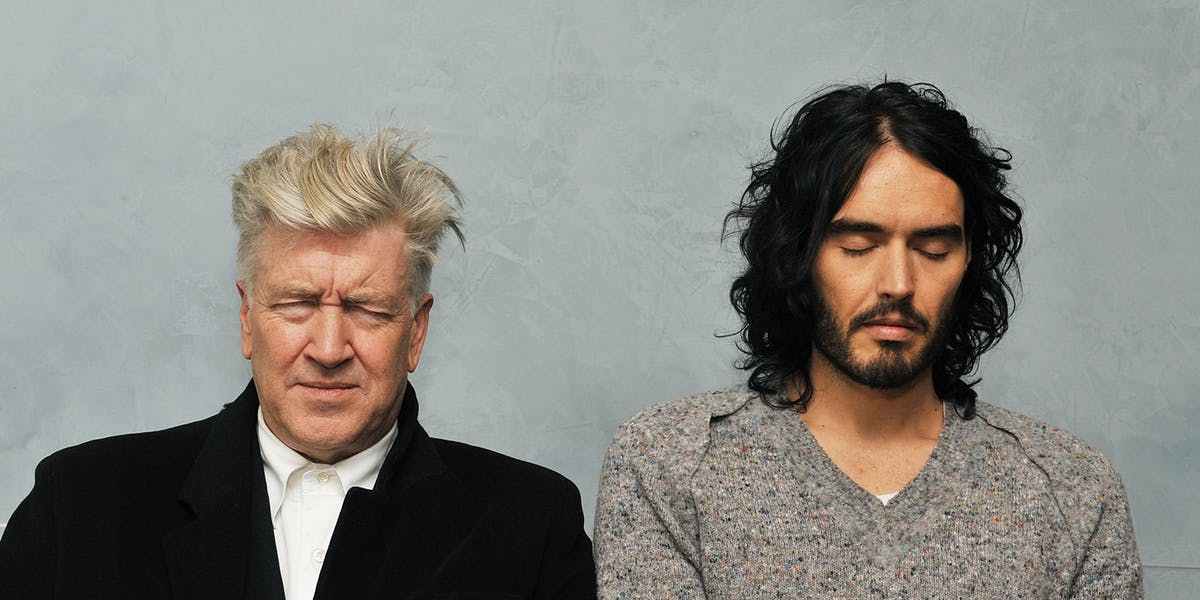 What’s the Buzz: Finds of the Week (The National, Ancient Aliens, and More!)

Welcome to What’s the Buzz, 25YL’s feature where members of our staff provide you with recommendations on a weekly basis. In our internet age, there is so much out there to think about watching, reading, listening to, etc., that it can be hard to separate the wheat from the chaff, filter out the noise, or find those diamonds in the rough. But have no fear! We’re here to help you do that thing I just described with three different metaphors. Each week a rotating cast of writers will offer their recommendations based on things they have discovered. They won’t always be new to the world, but they’ll be new to us, or we hope new to you. This week’s entries come from: Abbie Sears, John Bernardy, Rikki Robinson, Steve Wandling, and Rachel Stewart.

Abbie: Under the Skin with Russell Brand is a an insightful and educational podcast that always features an in depth, personal discussion with a most fascinating guest. This week’s Under The Skin bought us an hour long episode featuring an intimate discussion with someone very near to our hearts. Russell Brand speaks to David Lynch in this episode of Under The Skin, and if you’re going to spend an hour of your time doing anything this week, this is what you should be listening to.

David and Russell talk in depth about the changes that Transcendental Meditation can create in your life, and how it can suppress desires, to help overcome addiction to anything, whether that be sex or drugs or alcohol, or also in Russell’s case an addiction to how you are perceived in the world.

Also in this beautiful conversation, David Lynch discusses lessons he has learned from Maharishi Mahesh Yogi, and a journey into spirituality that changed his life in various wonderful ways. This discussion also dives into the topics of moral and philosophical methods of thinking, talking about politics and their effect on people in America, and also talking briefly about David’s belief in the conspiracy that there are negative things out in the world being hidden from us by the authorities.

This fascinating episode of Under The Skin is available on Luminary but also available to download on iTunes for the time being. Under The Skin will soon switch to a Luminary Exclusive podcast so you should listen before you miss your chance.

Luminary. A new way to podcast

Luminary is a podcast streaming platform that gives you access to 500k+ shows, when and where you want. Sign up today and be the first to try @luminary!

Steve: Indie rock stalwarts The National had planned on taking an extended break after their last tour. In 2017, the band (Matt Beninger-vocals, Aaron Dessner-guitar/keyboards, Bryce Dessner-guitars, Scott Devendorf-bass, and Bryan Devendorf-drums) released their seventh studio record Sleep Well Beast, which won the Grammy for best alternative album. It was one of the biggest albums of their career, but The National were at risk of imploding. Being in a band for 20 years can take its toll. All of the members are in their 40s now with families.

The early days of The National being scrappy young upstarts from Brooklyn by way of Cincinnati were long gone. The National are now elder statesmen of rock. As time passes people change and personalities clash. Beninger and Dressner have been especially notorious for not getting along. Throughout seven records and two decades, The National have proven themselves to be one of the most important rock bands of the new century, and Sleep Well Beast could have easily been the capper to a great career. All things must pass after all.

Filmmaker Mike Mills (Beginners, 20th Century Women) entered the picture however and changed everything for The National. Mills reached out to the band’s management in August 2017 trying to direct a music video. The only problem was that the band were utterly exhausted and didn’t really have any plans on a new record at all. Everyone had begun focusing on their own ventures, but Beninger sent the director fifteen recordings of new song sketches for his video. These recordings were new ideas, but in no way were they fully fleshed out songs. Some of them had complete lyrics, others were just snippets of ideas. Those recordings inspired Mills to write a screenplay about the life span of a woman. He cast Alicia Vikander (Tomb Raider, The Danish Girl) to star as “the woman” and made a rough cut of the film using the recordings, presenting it to the band.

The National were so inspired by the rough cut of Mills’ film that they immediately went into the studio and wrote a batch of new songs for the album and the film that would tell the entire story of a woman’s life over 100 years with 100 different shots. Matt Beninger’s sultry baritone didn’t feel right, however, in telling the story of a woman’s life, so the band invited different female singers like Sharon Van Etten to come in and do some of the vocals. Around that time, Beninger totally burned out and couldn’t focus on writing any more lyrics for the project, threatening to derail the project entirely. Luckily Carin Bassir, New Yorker fiction editor and wife to Beninger, was there to co-write the lyrics with him. As the band sent more and more music for the film, more and more of Barris’ lyrics ended up being used.

The end result is the beautiful new Mike Mills short film and new The National album, both entitled I Am Easy to Find. The album and film were both released on May 17. What started out as a simple request to do a music video became one of the most ambitious albums of their career. Beninger says to watch the film first, as all of the themes are found within Mills’ Alicia Vikander starring short. Vikander also graces the cover for I Am Easy to Find. With a tour launching in the fall, it looks like that break that the National were looking for is just going to have to wait.

Rikki: I discovered Ancient Aliens about three years ago when The History Channel was airing an all weekend marathon of shows, and I was instantly hooked. Starring meme famous Giorgio A. Tsoukalos, science fiction writer Erich Von Däniken, as well as author and publisher David Childress, and others, Ancient Aliens is a documentary-style show which explores the controversial theory that extraterrestrials have been visiting our earth for millions of years.

The show has looked at possible extraterrestrial visitations from the age of the dinosaurs, to ancient Egypt (from early cave drawings) to continued mass sightings in the US. Each episode in the series gives historic depth and color to the questions, speculations, provocative controversies, first-hand accounts, and theories surrounding this age old debate.

Did intelligent beings from outer space visit Earth thousands of years ago? Ancient Aliens premiered on the History Channel April 20th, 2010 and has aired 13 seasons, with Season 14 premiering Friday, May 31st on The History Channel. Now, I don’t really watch much television, other than the news, but I never ever miss an episode of Ancient Aliens!  Whether you believe ancient aliens have visited Earth or not, this show is a super good time and I could not recommend it more for all lovers of science and science fiction.

Watch a preview of the new season of Ancient Aliens, premiering on Friday, May 31 at 9/8c.

John: The Anime-Zing podcast recently had on voice actor Tiffany Grant to discuss her career, and of course her famous (and long-term) turn as Asuka in Neon Genesis Evangelion. We hear how she’d been fascinated at an early age by how actors Jim Backus and Don Adams also voiced cartoon characters, but didn’t know how to do that so she got involved with the theater. She went into detail about her audition with ADVision in 1994—they gave her an episode script and a Marx Brothers movie to riff over!—and I couldn’t help but smile when she found her work on the Japanimation shelf at Suncoast. That may not mean anything to folks today but I remember those days when that was the only place to find anything anime-related.

It was nice to hear that Asuka is a role that is practically a part of Grant now, based on the pacing of Eva projects. For one thing, she only recorded two episodes at a time because that’s what would be sold on the VHS tape.

Grant talked about how most of us really would react like Shinji, and that Asuka’s attitude was aspirational. She also shared the story of how she got her real-life plug suit, why she thinks Evangelion has endured, and responded to new voice actors being used in the Netflix edition debuting in June.

I usually listen to podcasts at 2x speed, but this happened at 1x because I wouldn’t dare speed up Asuka. It’s just not natural.

It was interesting to hear how the anime dubbing industry has changed over the years, but mostly it was just plain nice hearing one of my favorite character’s voices being her self. Well worth a listen.

We’re excited to bring you an interview with Tiffany Grant, the voice of Asuka Langley Soryu. We discuss her experiences with theatre and voice acting, what she thinks makes Asuka an iconic, and so much more. She was a delight to speak to, and we hope you …

My relationship with the show is a bit tedious. I binged the first few seasons (like you do) but I tapped out a couple times when the show runners decided to make violence against women a major recurring plot point. I picked back up purely out of spite for wanting to know who lives or dies or takes the Iron Throne. It also helped that all the Starks were slowly making their way back to Winterfell in the later seasons; I’ve been firmly team Stark since the beginning.

Game of Thrones is a huge cultural experience, and reaction videos have been a part of it since the beginning of the show (or at least The Red Wedding—the Lannisters send their regards.) Out of all the YouTube channels, Burlington Bar Reactions has been my favorite, and it’s something I’ll miss tuning into now that the show is over. To see a whole bar of people cheer, laugh, cry, or be in shock together is pretty epic and speaks to the shared experience that is Game of Thrones fandom.

We Drink and We Watch Things. We’re gonna start doing other shows and movies! Support my channel at www.patreon.com/SeanTankTop

Those are our recommendations this week! What would be yours? Let us know in the comments!