What does the EU election reveal about British politics? 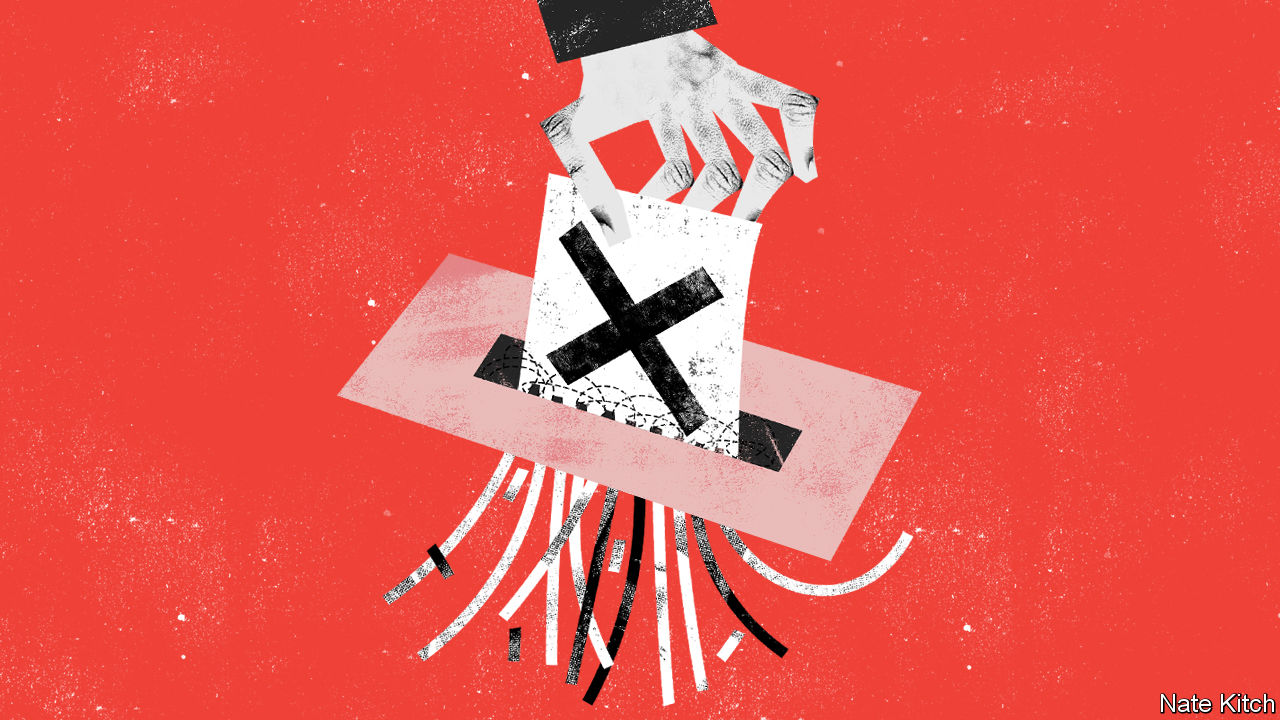 What does the EU election reveal about British politics?

THE BRITISH are all aflutter about an election which shouldn’t really be happening: the contest for 73 seats in the European Parliament, due on May 23rd. Change UK, a newly born pro-Remain party, has unveiled a list of candidates that includes Boris Johnson’s sister, Rachel. Nigel Farage, who has abandoned the UK Independence Party (UKIP) to set up a new Brexit Party, is once again striding the political stage. The Conservatives’ poll numbers are in free-fall. Labour is coming under ever greater pressure from its supporters to come out unambiguously for Remain.

Along with excitement, the election is generating a frenzy of speculation about the coming shape of British politics. Is the Conservative Party in for such a drubbing that Theresa May’s government will fall? Does the implosion of the Conservatives in the poll prove that the party’s future lies with embracing Brexit and Boris Johnson? Will the election break the mould of the country’s two-party system? And will it act as a sort of soft referendum that will demonstrate that Britain wants to leave without a deal or that it wants to call the whole thing off? The Times says the election is “shaping up to be a moment of profound political importance”.

Get our daily newsletter

Upgrade your inbox and get our Daily Dispatch and Editor’s Picks.

This is not only nonsense. It is dangerous nonsense. Nonsense because the European election won’t tell us anything useful about long-term voting intentions. Dangerous nonsense because politicians may be seduced by the results into making catastrophic decisions. David Cameron made his fateful choice to support a Brexit referendum in part because he was worried about Mr Farage’s surge in the European election of 2014. The big danger is that Tory MPs will conclude that another Farage surge proves that they need to embrace a hard Brexit.

The European election is almost perfectly designed to produce misleading results about any future British general election. In the last one only 35.6% of eligible voters turned out. This time more will probably vote, given the buzz. But they will still be taking part in a contest that is strikingly different from the Westminster system, replacing first-past-the-post with a complicated type of proportional representation and downgrading the role of constituency parties by using lists of candidates to represent large regions.

The contest is also shaping up to be a classic protest vote: a way of kicking the establishment without any real-world consequences. Brexiteers are angry that the country has still not Brexited (in one of the many paradoxes that surround the poll, some of the most motivated voters will be those who believe that they shouldn’t be voting in the first place). Remainers are angry that they are not remaining. And everyone is angry with the Tories for making such a mega-mess of everything. No candidate is saying much about what they would actually do in Strasbourg.

This protest vote masquerading as an election will undoubtedly humiliate the Tories. They are running at 17% in a three-poll average, compared with 22% for the Brexit Party and 26% for Labour. Some 62% of Conservative members and 40% of Conservative councillors tell pollsters that they are planning to vote for the Brexit Party. It will also do wonders for Britain’s lengthening list of political upstarts. The Brexit Party has surged to first place in many polls (and at the same time obscured UKIP). Change UK started life only a couple of months ago as a band of breakaway Labour and Tory MPs called the Independent Group. On April 23rd it unveiled a list of candidates for the EU election in a blaze of publicity.

But recent history suggests that this could easily come to nothing, as the remorseless logic of the Westminster system reasserts itself. In the European election of 2014 UKIP came first with 27.5%, while the Tories came third, the first time they had missed the top two in a national election. Later that year a poll put UKIP at 24% and two Tory MPs, Douglas Carswell and Mark Reckless, defected to it. Yet in the general election in 2015 the Conservatives managed their best performance since 1992, winning an outright majority of 11; Mr Farage retired from the political stage in humiliation, having failed to win a seat in Westminster; and UKIP itself collapsed like a soufflé, first electing a series of joke leaders and then an extremely nasty one.

Describing the European election as a referendum on Brexit is particularly misguided. The Remain side seems determined to punch below its weight. Five pro-Remain parties (Change UK, the Lib Dems, Greens and Scottish and Welsh nationalists) are competing for Remain voters, a foolish strategy at the best of times, but particularly foolish under this voting system, which, though more forgiving than first-past-the-post, still punishes small parties. The Leave side, meanwhile, is limbering up to punch above its weight. The Brexit Party has a single leader, single message and, unusually for a Farage vehicle, highly efficient organisation.

The common response to this, that you can simply add up all the votes of the Leave parties and the Remain ones and come up with a sense of where the country stands, is flawed. What do you do about Leavers who vote Labour out of party loyalty or a belief that Jeremy Corbyn, the Eurosceptic leader, is really one of them? Or Tory Remainers who stick with their party out of a combination of habit and dislike of both Mr Farage and Mr Corbyn?

You don’t want to know the result. Look away now

The biggest danger for British politics at the moment is that the Conservative Party will draw the wrong conclusions from the European election, abandoning the middle ground and its messy compromises and instead trying to win back Brexit voters by replacing Mrs May with Mr Johnson. That would be a tragedy for the country, because it would leave voters with a choice between the devil and the deep blue sea. And it would be a mistake for the Tories, because their best chance of winning, despite everything, lies in harvesting middle-of-the-road voters who are terrified of putting a Marxist into Downing Street. Sometimes, the wisest option is to hold your nerve and ignore the electorate.