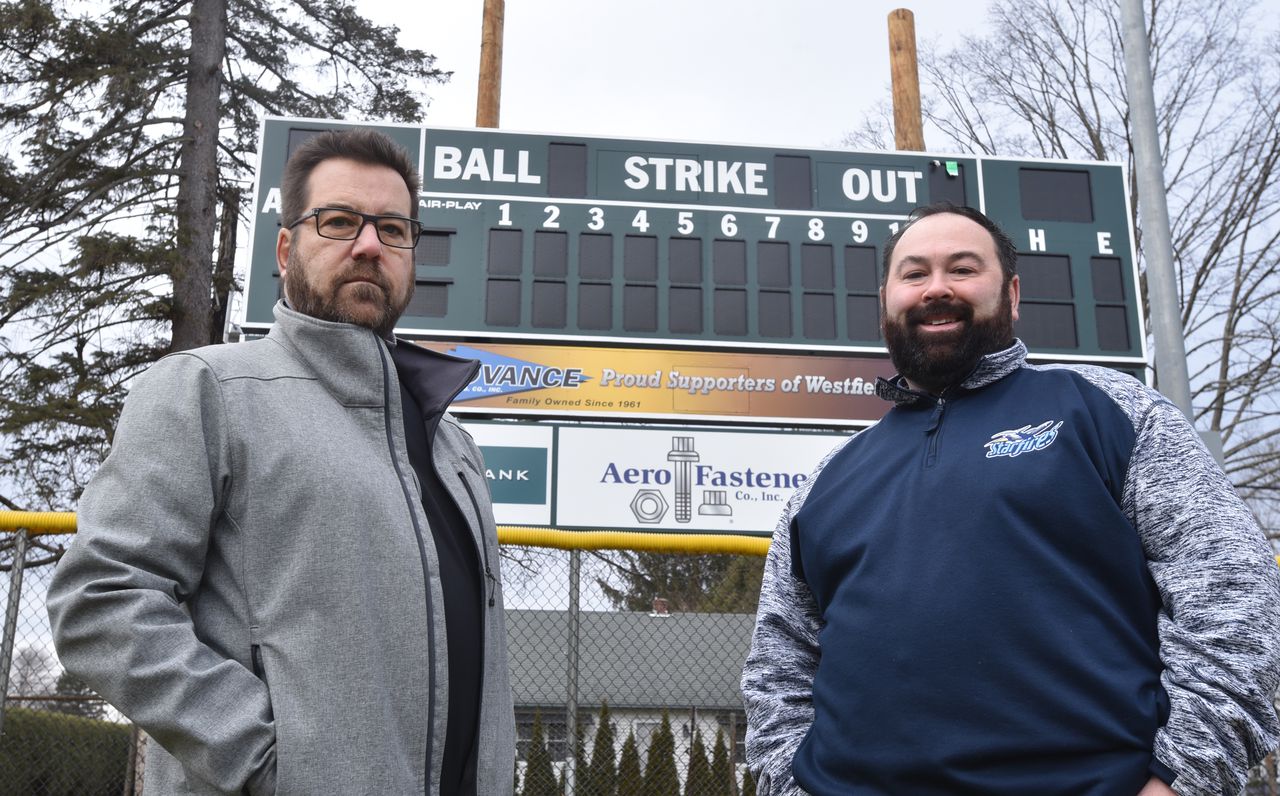 WESTFIELD — As the coronavirus pandemic crippled the region’s professional and advanced amateur sports teams in 2020, the Westfield Starfires baseball team did what many thought impossible.

They played a full 2020 season. As other sports operations await a return and grapple with uncertainties, the Starfires are preparing to build on a season that others lost.

“Last year, we knew we would not play until we knew it was safe, but we were not going to cancel until we were told we could not play,” Starfires co-owner Donnie Moorhouse said.

The Springfield Thunderbirds hockey team not only saw their 2019-20 season ended prematurely, but also made the painful decision to opt out of the truncated 2020-21 American Hockey League campaign.

The Blue Sox are optimistic for a full 2021 summer season. The Thunderbirds are looking toward fall and the opening of the next AHL campaign on its traditional timetable.

“We’re already beginning to plan for the 2021-22 season. We’re still active,” Thunderbirds President Nathan Costa said on Jan. 4, when the team announced it would not resume play when the AHL returned this month.

“We looked at every avenue where we could play (in early 2021). But with no fans allowed at pro sports events in Massachusetts, it just wouldn’t work since that’s our major revenue source.”

“We’re focusing on next season. Nothing changes long-term. This does give us time to plan properly for next season, check all the boxes we need and do it right,” Costa said.

“We’ll be back. The fans should know this for certain: we’re not going anywhere.”

The amateur Starfires faced different, though related, obstacles last summer, but were able to buck the odds and play baseball safely. Team officials say that gives them momentum heading into 2021.

“We submitted a COVID-19 readiness plan early last year, we worked closely with Westfield and state officials and the Governor’s Task Force,” co-owner Chris Thompson said. “We had to navigate different protocols and procedures because the Futures Collegiate Baseball League operates in different New England states that were all at different points.”

Playing at a mandated 25% fan capacity at Bullens Field, the Starfires provided baseball for local players who had lost their high school or college seasons to the pandemic. Moorhouse said the lessons of 2020 will serve them well in 2021, even if COVID-19 fades and restrictions are lightened or lifted.

“You have to be ready to adapt. You have to be flexible and committed. We’re going full-speed ahead (with sales and promotion), knowing we can always pull back if needed,” he said.

The Futures League, believed to be the nation’s only college summer league to play a full 2020 season, reported no COVID-19 cases last summer. The 2021 schedule will be expanded from about 40 games to 68, creating more group sales opportunities, more signage visibility and more innings for players.

“The Starfires are more than baseball. We’re about connecting communities and engaging them in a way that has a positive impact,” Thompson said.

Local host families were willing to house out-of-town players during the pandemic last year. The Starfires’ owners say they will do so again this season, which is scheduled to begin Memorial Day weekend. Bullens Field is undergoing upgrades, and a team mascot will be introduced.

The absence of most sports landed the Starfires on the New England Sports Network (NESN) for a game last season, which never would have happened in a normal year — and which helps drive their momentum into 2021.

“Last year wasn’t easy, but I think it was a testament to the league and our organization. We hung in there, and we persevered,” Moorhouse said.

The Thunderbirds ache to do the same. They brought the MassMutual Center alive and revitalized pro hockey in Springfield before the pandemic slammed the 2019-20 season to a halt.

Costa said management believes when fans are allowed back, their hunger for hockey will allow the franchise to pick up where it left off. If all goes as planned, the T-Birds will resume play in October.

The Springfield management is excited to be affiliated with the St. Louis Blues, an established National Hockey League franchise that won the 2019 Stanley Cup. The five-year affiliation was scheduled to begin with the 2020-21 season. Whether that timetable is extended remains to be seen, but the affiliation remains strong.

“When we looked at trying to play this season, we really wanted to do it for them. But the Blues totally understood,” Costa said.

The Blues’ minor leaguers will play this season for other teams but reunite in Springfield for 2021-22.

Why Springfield could not bear the financial burden of a short season with no fans, while some AHL team will play, is explained by the nature of minor league ownership.

Some AHL teams are owned by NHL clubs that will absorb steep financial losses to allow their young prospects to play. Independently owned teams, such as the Thunderbirds, do not have that resource. The Blues supply the players and a healthy relationship is underway, but Springfield ownership pays the bills.

This shortened AHL season will be odd, anyway. The league has decided not to award a Calder Cup to the champion; the main purpose is to keep players on the ice.

The Blue Sox envision a summer return, but general manager Kate Avard said most details will not be known until late February or March. With a finalized NECBL schedule, the team continues to work with the Holyoke Parks and Recreation Department to ensure Mackenzie Stadium will be available for practice and home games.

“We’re planning for a a regular season. We’re facing many challenges and the landscape is difficult this year, but we are hopeful,” Avard said.

One potential problem the Blue Sox have solved is players. Avard said a full roster of talented college players has committed to play.

“They’re all excited to have the opportunity to play again,” Avard said.

Other challenges remain to be overcome.

“We are in conversation with our host families from previous years. Inviting players from across the United States into your homes, this year, is challenging for many. We respect everyone’s decisions,” Avard said.

As the NECBL waits for a better idea of the landscape it will face in June, Avard said the Blue Sox are delaying promotions. Sponsorship is also an issue, but once the season begins, she said the team will do all it can to give the best exposure to its sponsors, whether the team is allowed to have fans — most likely in reduced, socially distanced numbers — or not.

“We’re hopeful of having fans. We’ll just have to wait and see,” Avard said.

For all the uncertainties, nothing has been ruled out. The goal of a traditional season of more than 40 games in June and July, with playoffs in early August, is still on.

“We are also hoping to do more clinics with players working with area youths,” Avard said. “We need the green light to go ahead with our plans, but we are optimistic.”