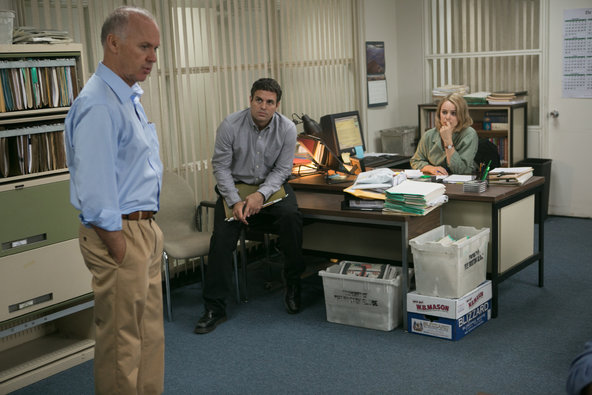 Trump has been ramping up his “Deep State” rhetoric again. He’s back to blaming a cabal of bureaucrats, FBI and CIA agents, Democrats and “enemies of the people” in the mainstream media for conspiring to remove him from office, in order to allow the denizens of foreign “shitholes” to overrun America.

But with each passing day it’s becoming clearer that the real threat to America isn’t Trump’s Deep State. It’s Trump’s own Corrupt State.

Not since the sordid administration of Warren G Harding have as many grifters, crooks and cronies occupied high positions in Washington.

Trump has installed a Star Wars cantina of former lobbyists and con artists, including several whose exploits have already forced them to resign, such as Scott Pruitt, Ryan Zinke, Tom Price and Michael Flynn. Many others remain.

When he was in Congress, the current White House acting chief of staff, Mick Mulvaney, pocketed tens of thousands of dollars in campaign contributions from payday lenders, then proposed loosening regulations on them. Mulvaney was also acting head of the Consumer Financial Protection Bureau, of all things.

When he was Trump’s special adviser on regulatory reform, the Wall Street billionaire Carl Icahn sought to gut the Environmental Protection Agency rule on ethanol credits, which was harming his oil refinery investments.

This week the Guardian reported that a real estate company partly owned by Trump son-in-law and foreign policy adviser Jared Kushner has raked in $90m from foreign investors since Kushner entered the White House, through a secret vehicle run by Goldman Sachs in the Cayman Islands. Kushner’s stake is some $50m.

All this takes conflict of interest to a new level of shamelessness.

What are Republicans doing about it? Participating in it.

The secretary of transportation, Elaine Chao, who also happens to be the wife of the Senate majority leader, Mitch McConnell, has approved $78m in grants for her husband’s home state, Kentucky, including a highway improvement project twice rejected in the past. Chao has even appointed a special liaison to coordinate grants with McConnell’s office. Did I say McConnell is up for re-election next year?

Under normal circumstances, news that a cabinet secretary is streamlining federal funding for her husband’s pet projects would be a giant scandal. But in the age of Trump, ethics have gone out the window.

Since he was elected in November, congressman Greg Pence, who just happens to be the brother of Vice-President Mike Pence, has spent more than $7,600 of campaign funds on lodging at the Trump International Hotel in Washington. Federal election law forbids politicians from using campaigns dollars to cover housing costs.

The Corrupt State starts with Trump himself, giving new meaning to the old adage about a fish rotting from the head down.

When foreign governments aren’t currying favor with Trump by staying at his hotel, they’re using state-owned companies to finance projects that will line his pockets, like China’s $500m for an entertainment complex in Indonesia that includes a Trump-branded hotel.

“I’d take it” if Russia again offered campaign help, Trump crowed this week, adding that he would not necessarily tell the FBI. Just days before, Trump acknowledged “Russia helping” him “get elected” the first time.

Despite evidence that Russia is hacking and trolling its way toward the 2020 election, Republican defenders of Trump’s Corrupt State won’t lift a finger.

The Corrupt State starts with Trump himself, giving new meaning to the old adage about a fish rotting from the head down

McConnell refuses to consider any legislation on election security. He and Senate Republicans even killed a bill requiring campaigns to report offers of foreign assistance to federal authorities.

The charitable interpretation is McConnell and his ilk don’t want to offend Trump by doing anything that might appear to question the legitimacy of his 2016 win. The less charitable view is Republicans oppose more secure elections because they’d be less likely to win them.

Trump and his Republican enablers are magicians who distract us by shouting “look here!” at the paranoid fantasy of a Deep State, while creating a Corrupt State under our noses.

But it’s not a party trick. It’s the dirtiest trick of our time, enabled by the most corrupt party in living memory.