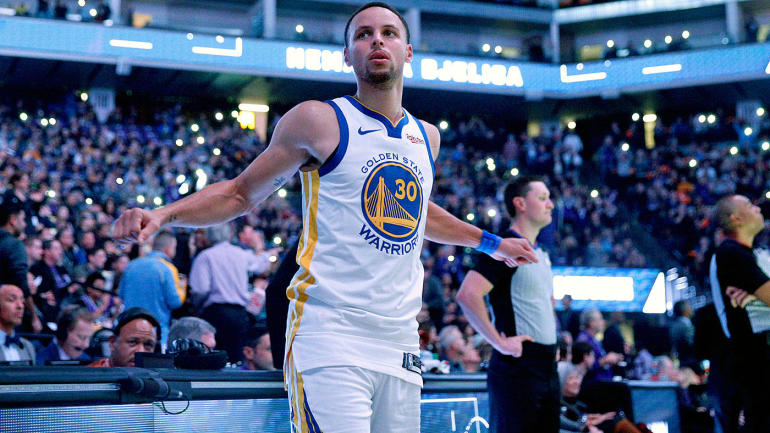 There are few basketball-related topics more evergreen than the greatest player(s) of all-time conversation. Virtually everyone has an opinion about who the all-time starting five should consist of, and Golden State Warriors All-Star guard Stephen Curry is no different.

At a recent event in Oakland to promote his Facebook Watch Original Series, “Stephen vs. The Game,” Curry laid out his own top five of all-time and opted not to include himself on the list. He did, however, include the guy that he has faced off against in four consecutive NBA Finals, LeBron James.

“I would say [Michael] Jordan, Wilt [Chamberlain], LeBron [James], Shaq [O’Neal], and Magic [Johnson],” Curry said of his top five. You can see him lay out the list below, via Logan Murdock of NBC Sports:

None of the players on Curry’s list are especially surprising, as they are all widely considered to be among the best ballers ever. Jordan is typically the most popular pick, while James, the only active player on Curry’s list, still has an opportunity to add to his own legacy.

Curry is currently in his prime as a player, and he will have to build on his own individual resume on Tuesday night when his Warriors meet the Nuggets (10:30 p.m. ET — Watch on FuboTV with NBA League Pass add-on), but if he can continue to win and produce at the level that he has over recent years, it won’t be too long until he finds himself mentioned as one of the G.O.A.T.’s.