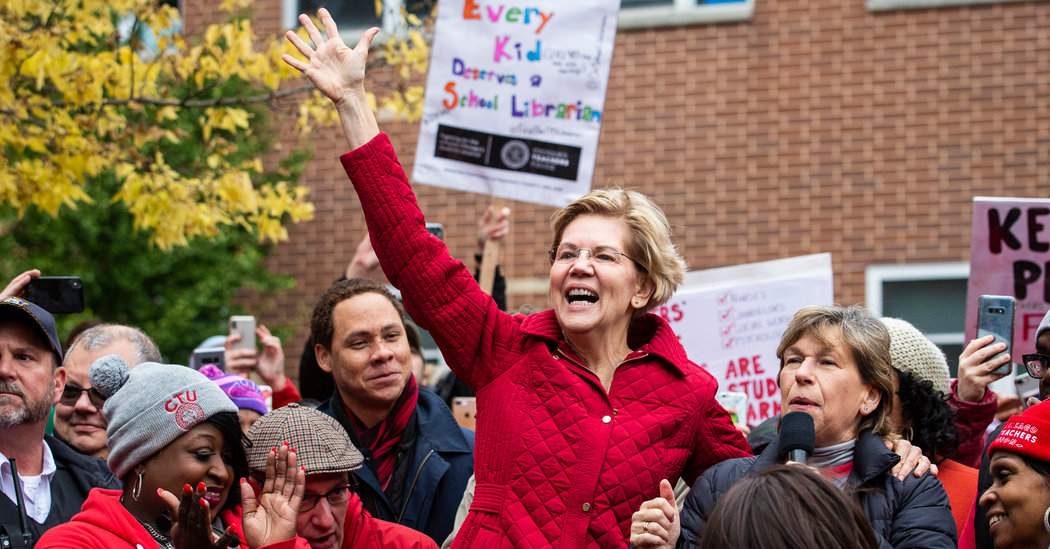 At one point in the 2015 negotiations, Ms. Warren voted against a version of the bill because, she later said, it lacked “minimum safeguards” and needed “stronger accountability” to ensure that federal dollars reached “those schools and students who needed them most.” It was a view of accountability substantially based on standardized tests.

A protracted debate over language threatened to scuttle the whole deal. Obama administration officials wanted tests to be the “primary” method of measuring school success. Republicans and the teachers’ unions pushed back. The final compromise allowed states to include several additional measures in their school ratings, including high school graduation rates and metrics of student growth on tests, which give credit when scores improve but still fall short of proficiency.

Each of these indicators must be given “substantial weight” and, collectively, “much greater” weight than another set of newly added indicators that include measures of school safety and student “engagement.”

That’s why Senator Warren’s use of the phrases “significant factor” and “high-stakes decisions” could be, in theory, a big deal. “Significant” sounds a lot like “substantial,” and the identification of low-performing schools for interventions and penalties is generally what people mean when they refer to, or call for the elimination of, “high-stakes testing.”

And yet, when pressed on this question, the Warren campaign repeatedly declined to confirm that those words mean what they seem to mean. A Warren aide, speaking on condition of anonymity, would not say that the Warren plan changes or undoes the 2015 compromise. Instead, the aide referred back to the specific examples cited in the plan, saying that Ms. Warren does not believe tests should be used to close schools or fire teachers.

That means the Warren plan, if enacted, would change very little, because standardized tests are hardly ever used to close schools or fire teachers today. According to Chad Aldeman, an analyst at Bellwether Education Partners, only 231 of the nation’s 98,000 public schools were taken over by the state because of bad test scores during the No Child Left Behind years. Of those, nearly 80 percent were in a single state, Hawaii, which lacks local school districts to do the taking over. Fewer still were converted to charter schools. Even after the Obama administration pushed states to create teacher evaluation systems that incorporated some test data, real-world examples of test-driven systems being used to fire teachers are practically nonexistent.

Two-thirds of public school parents say there is “too much emphasis” on standardized tests in their community’s schools. Nearly half believe parents should be able to excuse their children from taking such tests, a sentiment fueling the testing “Opt Out” movement in New York and elsewhere. President Obama called for a cap on the amount of time students spend taking tests, a move Ms. Warren supported.