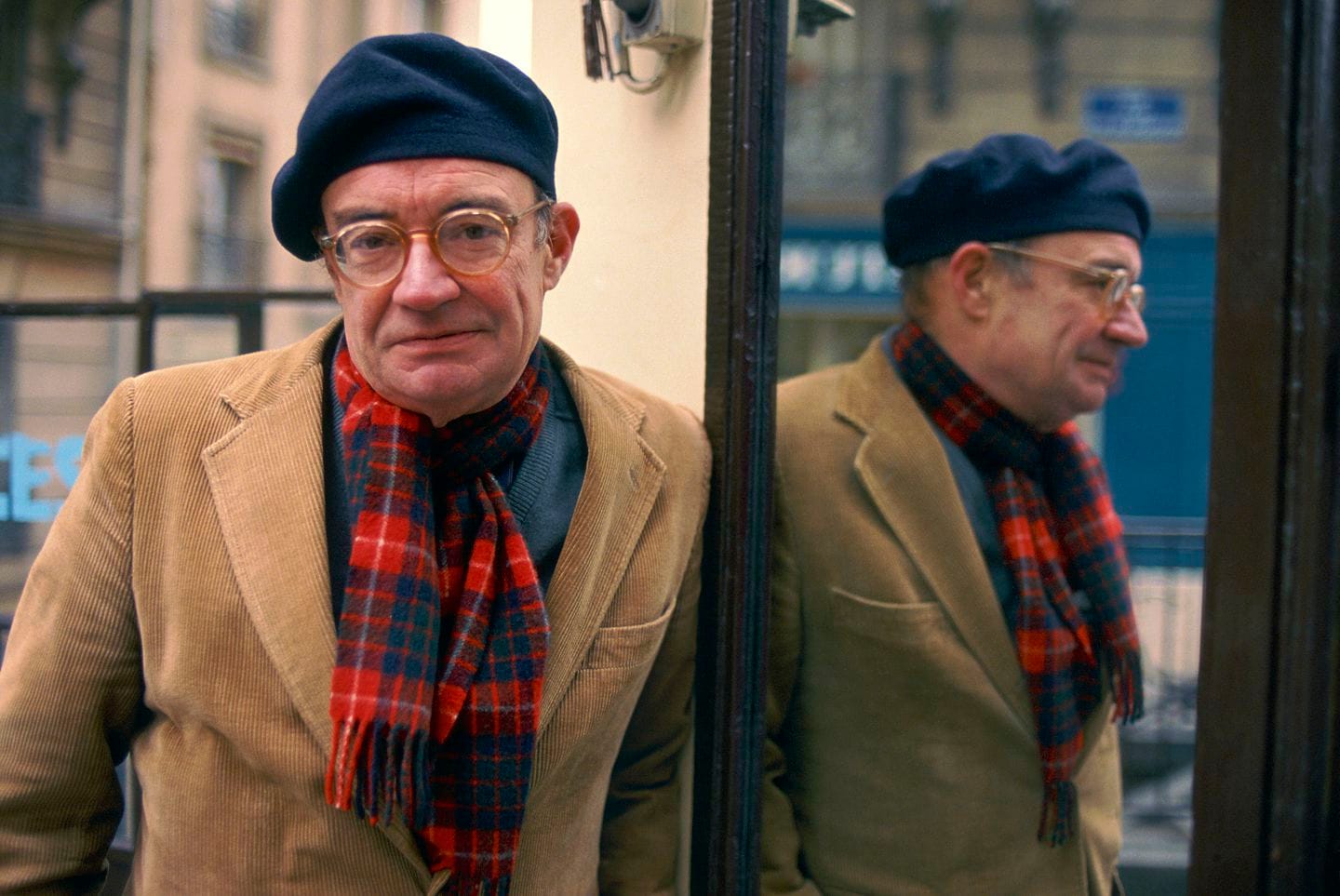 He had Lewy body dementia, said his wife, Sarah Catchpole.

A distinguished reporter for Newsweek and then The Washington Post, Mr. Just turned to fiction in 1970 and wrote 19 novels, including the National Book Award finalist “Echo House” (1997), about three generations of a Washington family, and the Pulitzer Prize finalist “An Unfinished Season” (2004), about an aspiring journalist in 1950s Chicago.

Heavily influenced by Ernest Hemingway, another onetime journalist who shared Mr. Just’s affection for Scotch, cigarettes and the ambiguities of war, Mr. Just acquired a reputation for crafting elegant, understated prose and psychologically complex characters. He often wrote of the fraught dynamics between fathers and sons, and of the machinations of political insiders — “people,” he said, “who speak in low voices without using verbs.”

“He is not only the most literary chronicler of the daily lives and moral dilemmas of contemporary politicians, bureaucrats, intelligence agents, military officers, diplomats, lawyers and journalists, but one of the few novelists even interested in depicting such people realistically,” wrote syndicated columnist and author Judith Martin, reviewing Mr. Just’s novel “Jack Gance” (1989) for the New York Times.

Mr. Just seemed to have a long career in journalism ahead of him when he gave it up to write novels. The son and grandson of Midwestern newspaper publishers, he joined The Post in 1965 as one of the first hires made by Ben Bradlee, his former boss at Newsweek’s Washington bureau. At the time, the paper was generally regarded as a home for dull, stodgy writing and reporting that rarely commanded a national audience.

Its coverage of Vietnam in particular was far outpaced by competitors such as the New York Times and Associated Press. Mr. Just, seeking a change of pace after separating from his first wife, helped close that gap soon after arriving in Saigon in December 1965. He remained for 18 months, aside from a brief return home to recuperate from a grenade blast that left shrapnel lodged in his back.

“Perhaps no reporter working for a major daily paper wrote as well from Vietnam or with as much subtlety and grace as he did,” fellow Vietnam correspondent David Halberstam wrote in his book “The Powers That Be.” “His were stories of men at war, and they were wonderful, in the best sense timeless.”

Mr. Just, he added, “took exceptional risks in combat” and initially focused on the bravery of ordinary soldiers above broader issues of politics and strategy.

He “found drama everywhere he looked — the drama that turned details into truth and isolated events into history,” Bradlee wrote in his memoir, “A Good Life.” “Sometimes Just would get a single quote that would tell an entire story. We spread one of those quotes, from a frightened GI surrounded by his enemies, eight columns over the top of the front page: ‘Ain’t Nobody Here but Charlie Cong,’ as in Viet Cong.”

Mr. Just grew increasingly critical of the war after June 1966, when he was wounded while accompanying a reconnaissance unit that was ambushed near Dak To. He had been handed a .45-caliber pistol that he didn’t know how to use when a grenade landed a few feet away, knocking him off his feet. When U.S. helicopters arrived two hours later, Mr. Just and 18 other wounded soldiers were lifted into the air by cable, amid continued gunfire from the North Vietnamese.

“You heard the bullets as you were rising and your body went stiff and you pulled out all the plugs,” he wrote in his book “To What End: Report From Vietnam” (1968). “You gripped the T-bar and made a number of very difficult promises if God got you safely into the helicopter. But when you got there, you said instinctively, I made it. And over and over again, Jesus Christ.”

After his tour ended in May 1967, Mr. Just wrote a scathing Post essay about the conflict, challenging the Johnson administration’s rosy assessments of its progress. “This war is not being won, and by any reasonable estimate, it is not going to be won in the foreseeable future,” he began. “It may be unwinnable.”

Mr. Just covered the 1968 presidential election and became an editorial writer, but found that life in a newsroom paled in comparison to his work overseas. He took a leave of absence to write his first novel, “A Soldier of the Revolution” (1970), involving guerrillas in South America, and was said to have stunned Bradlee when he chose fiction over reporting.

In its strict reliance on the facts, Mr. Just said, journalism was limited in what it could reveal about the world or human nature. He chronicled the Vietnam era in novels such as “Stringer” (1974) and “In the City of Fear” (1982), and by the time he published “Jack Gance” — about the rise of a senator from Illinois — he was generally regarded as the finest “Washington novelist” since Allen Drury, who won the Pulitzer for his 1959 book “Advise and Consent.”

“He’s the quintessential Washington reporter,” author and former Post colleague Stanley Karnow told the Times in 1997, “except he’s doing it through fiction.”

Ward Swift Just was born in Michigan City, Ind., on Sept. 5, 1935, and grew up in the Chicago suburbs of Waukegan and Lake Forest, Ill. He said he struggled to make friends as a boy, throwing himself into books and eventually journalism. An early stint at his family’s newspaper, the Waukegan News-Sun, ended when he was fired for wearing shorts in the office.

Mr. Just graduated from the Cranbrook boarding school in Bloomfield Hills, Mich., and studied at Trinity College in Hartford, Conn., before leaving in 1957 without a degree. He spent two years at the News-Sun before landing a job at Newsweek, where he covered conflicts in Cyprus and the Dominican Republic and worked in Washington under Bradlee.

Mr. Just also worked for the Reporter news magazine before moving to The Post with Bradlee, who was hired in July 1965, as deputy managing editor, and soon rose to oversee the newsroom. He said he hired Mr. Just as part of a plan to recruit “the best horseflesh around” — an ace reporting team that included Karnow, David S. Broder, Richard Harwood, Nicholas von Hoffman and George C. Wilson.

As an editorial writer, Mr. Just was credited with penning one of The Post’s most biting pieces of political commentary, an unsigned editorial on Maryland Gov. Spiro Agnew’s selection as Richard M. Nixon’s running mate in 1968. It was, he said, “perhaps the most eccentric political appointment since the Roman emperor Caligula named his horse a consul.”

Mr. Just won National Magazine Awards for his 1970 Atlantic article “Soldiers” (adapted from his Vietnam book “Military Men,” also published that year) and for his 1980 short story “A Guide to the Geography of Vermont.”

His novels included “A Family Trust” (1978), which drew on his newspaper-family upbringing; “Forgetfulness” (2006), set after the 9/11 terrorist attacks; “Rodin’s Debutante” (2011), about a Midwesterner’s coming-of-age; and the Vietnam diplomacy tale “American Romantic” (2014), which Post book critic Jonathan Yardley called perhaps “the best of them all… opening our eyes to things we don’t know about worlds we think we know well and transporting us to worlds totally alien to us.”

Mr. Just also featured German characters and settings in much of his work — he was the descendant of 19th-century immigrants from Darmstadt — notably in “The American Ambassador” (1987), about a U.S. diplomat whose son joins a West German terrorist group, and “The Translator” (1991), about a German expatriate living in Paris.

His marriages to Jean Ramsay and Anne Burling ended in divorce. In 1983, he married Catchpole, with whom he lived for many years on Martha’s Vineyard and in Paris. In addition to his wife, survivors include two daughters from his first marriage, Jennifer Just of Woodbridge, Conn., and Julia Just of Brooklyn; a son from his second marriage, Ian Just of Arlington, Mass.; and six grandchildren.

Mr. Just dismissed suggestions that he might someday return to journalism, telling the Times in 1999, “Many of the things that make you a good journalist have to be discarded to make you a good writer. . . . In a novel, every fact is a rock thrown in the hull, and the boat sinks a bit.”

Nevertheless, as a reporter, Mr. Just repeatedly found ways to assemble facts into stories and scenes that resembled works of literature. In his 1967 Vietnam War essay, he analyzed the dismal state of the conflict before relating, in the essay’s final paragraphs, the death of a single soldier, 19-year-old Truman Schockley.

“Smoking a Lucky Strike and staring off into the mountains, Schockley died with a sniper’s bullet through the heart and stopped breathing before the cigarette stopped burning,” Mr. Just concluded. “The company commander sent a platoon into the underbrush to look for the sniper, but the sniper had left. Schockley was put in a green body bag and sent to Bongson for transport to Saigon and then home.”