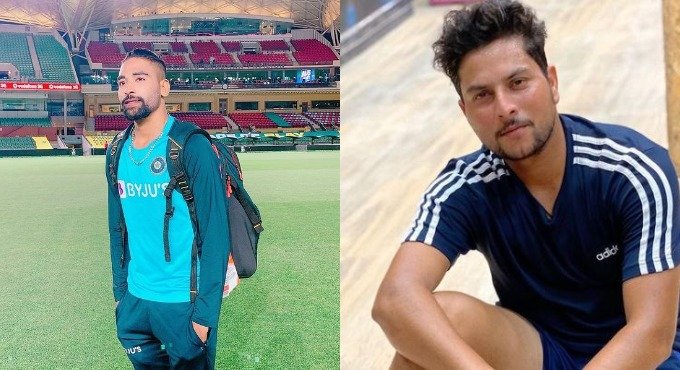 However, the online media is abuzz with another act that was caught in the day but off the field.

Hyderabad: The visiting England team grabbed the limelight on the second day of the first Test against India in Chennai with their skipper Joe Root, who was playing his 100th Test match, scoring a double ton to put his side in commanding position.

However, the online media is abuzz with another act that was caught in the day but off the field. At the end of second day’s play, a video of Indian dressing room went viral where Indian cricketer from Hyderabad Mohammed Siraj was seen grabbing the back of chinaman bowler Kuldeep Yadav’s neck in an angry mood. Before any further detail could be revealed, the camera panned out to the Indian team that was leaving the field.

However, the video created a buzz online. While the exact reason is unknown, it was left to people’s imagination. While a few saw it as a scuffle, others predicted it to be just a banter between two friends. Both Siraj, who played a key role in India’s historic 2-1 win against Australia recently, and Kuldeep were not selected for the first Test.