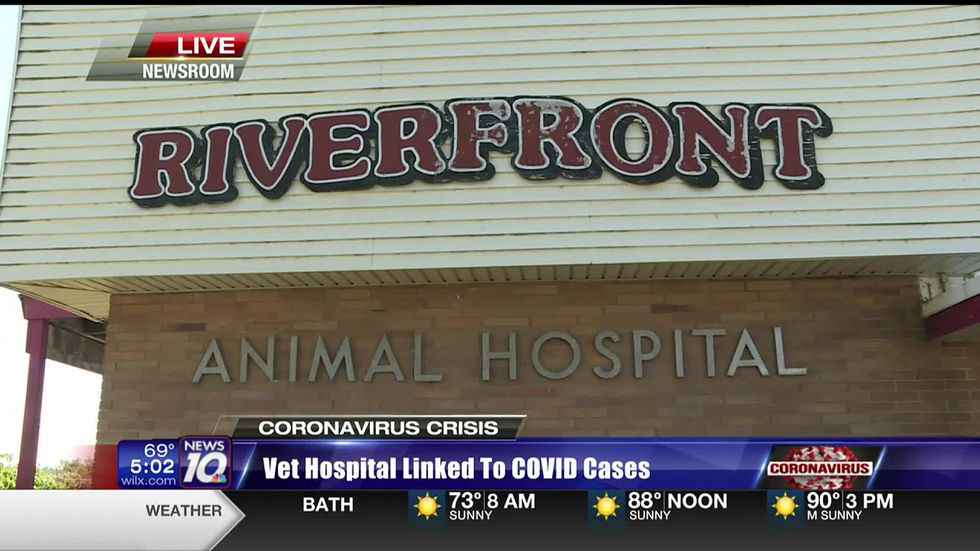 LANSING, Mich. (WILX) – The Ingham County Health Department sent out a “public exposure site notice” Saturday for the Riverfront Animal Hospital after three people tested positive for COVID-19, but say they were not told of the known exposure soon enough.

Ingham County Health Officer Linda Vail said the health department learned of the known exposure between June 23 and July 2, but not before the Riverfront Animal Hospital posted a note on their front door about the known positive tests.

“The notice went up on the door about the closure and at that point [the note] said that there was a confirmed positive and suspected cases,” Vail told News 10. ”Nobody called us about that. That is something that we all had to find out afterward. There was an awareness during that time that something was going on, and testing was going on, and yet people were still on site.”

This is only the second time the Ingham County Health Department has issued a public exposure site notice. The health department issued one on June 23 for Harper’s Restaurant & Brew Pub after 14 people initially tested positive for coronavirus. As of July 3, there are 158 cases of the coronavirus linked to Harper’s, according to health officials.

Vail added that the clinic couldn’t provide a list of names of people who have been at the site between June 23 and July 2, and that’s part of the reason the notice was sent out. Still, Vail says she doesn’t expect this exposure site to have as many linked positive cases as Harper’s. But, she believes there are more people than have been identified thus far, who contracted the virus at Riverfront Animal Hospital.

“As you know, a bar is a very high-risk situation. We kind of expect some of these small outbreaks, we just hope to not have to do a lot of public notification,” Vail said. “If people are doing the proper thing,s that doesn’t end up being required.”