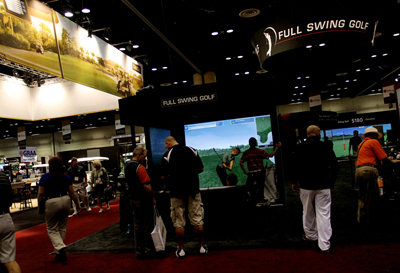 Golfers at Ogden High School in Ogden, Utah, should be very happy. All athletes at the school, really.

The Ogden School District board approved a six-figure multi-sport simulator which is expected to be installed and operating by the spring, according to a report by the Standard Examiner.

The Full Swing golf and multi-sport simulator plus a putting-green simulator will cost the school district $136,300 and will come out of the district’s capital projects budget, according to the report.

“Ultimately, it will allow for our golf kids to practice year-round and other sports can go in there and use it too, but the main thing is for golf,” district support services director Ken Crawford said. “For example, girls golf, they start in the spring. A lot of times they can’t even get out because there’s snow on the courses and things like that.”

Of the six-figure cost, $70,400 goes toward the multi-sport simulator which will be used for golf, soccer, basketball, lacrosse, baseball and football teams, according to a proposal sheet given to the OSD board and obtained by the Standard Examiner. The putting green simulator costs $60,900 and another $5,000 needs to be spent for data, power and other instillation requirements.

Full Swing has testimonials from Tiger Woods, Jason Day, Jordan Spieth, Brooke Henderson and Justin Rose on its company website. Woods’ image is seen in one of the promo images as well.