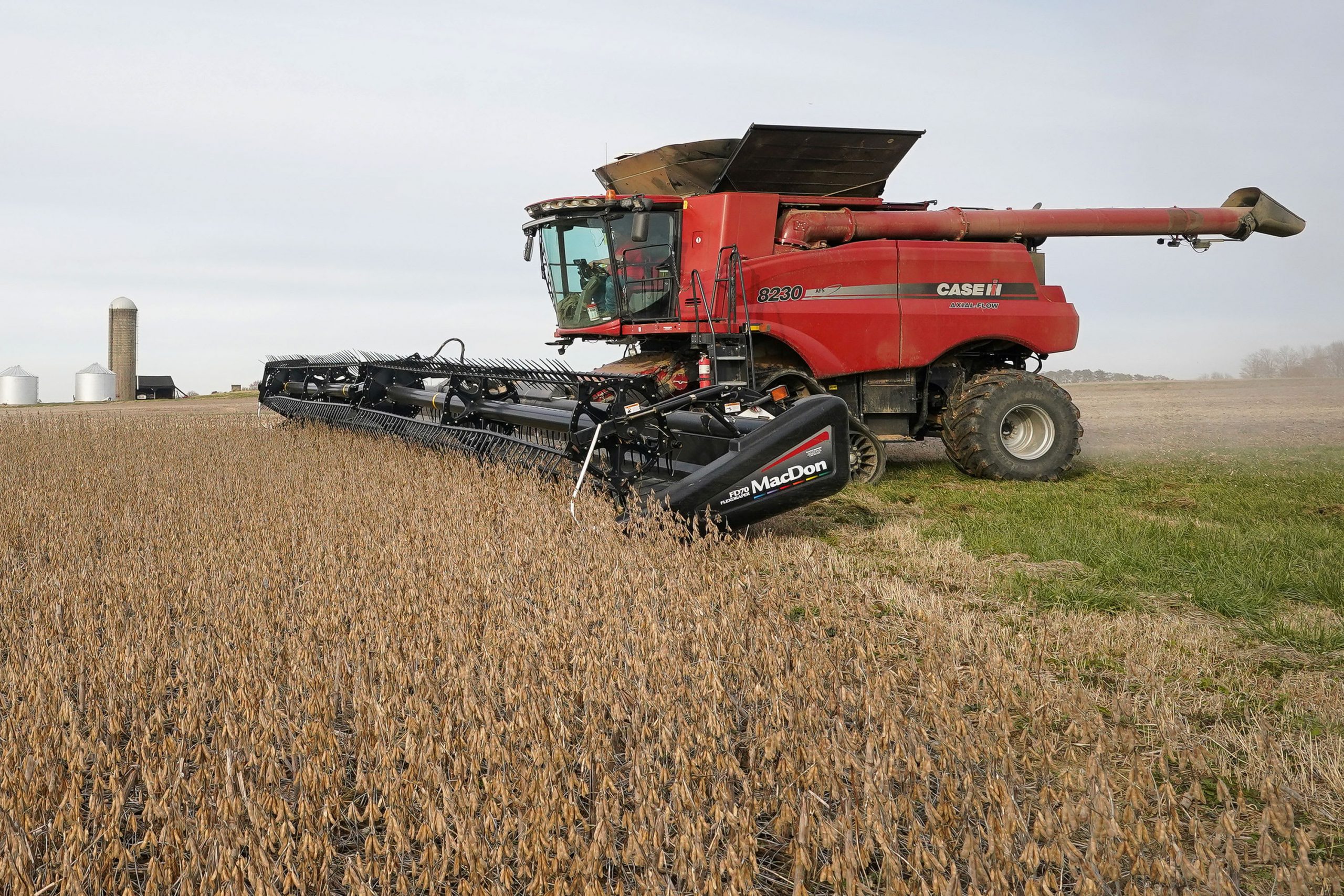 Soybeans are harvested from a field on Hodgen Farm in Roachdale, Indiana, November 8, 2019.

China ramping up agricultural purchases to the level that the U.S. is demanding would be a problem and Beijing would probably only do it if the market situation warranted it, analysts said.

Their comments pour skepticism on the farm purchases that are part of the phase one trade deal recently announced by both countries.

Calling it a “crazy amount” of agricultural buying with “market distorting powers” on a global scale, Deborah Elms, executive director of the Asian Trade Centre, said: “The ramping up of scale at that speed is going to be problematic.”

She told CNBC: “I would be willing to take a bet … that we will be back at this table in relatively short order even if we get a deal, because the ability of the Chinese to actually match those purchases is going to be limited.”

U.S. and Chinese officials announced on Friday that both countries finally reached an agreement after a contentious 18-month trade war. But as part of the deal, U.S. President Donald Trump insisted that China buy more U.S. crops, saying that Beijing will purchase $50 billion worth of agriculture goods “pretty soon.” For his part, he vowed not to pursue a new round of tariffs originally set for the previous Sunday.

But Elms warned that the Chinese has been “very cautious” in saying that they would buy according to market conditions and World Trade Organization restrictions.

“In other words, there’s a giant red flag that says: ‘even if we promise this … be careful because if the market doesn’t support the purchases at that level, then we may not reach that target,'” she told CNBC on Monday.

That skepticism was echoed by other analysts, who also pointed out that there are limits to the amount of farm goods that China can consume.

“Some of this deal rhetoric is really more about politics than reality,” said Mark Jolley, global strategist at CCB International Securities.

“There’s been some people who’ve been saying the only way they would be able to meet that commitment is if they start stockpiling food — it’s going be in excess of probably what they need to buy,” he told CNBC. “It’s pretty difficult to see how they can increase the imports beyond the natural levels they have been taking.”

One bright spot could be feed imports, given that China would need to build up its hog population, Jolley said, pointing to China’s dire swine flu situation, which has killed off millions of pigs in the country.

In recent months, China has been making big soybean purchases — feed primarily used for hogs — as well as record large purchases of U.S. pork, according to data from the U.S. Department of Agriculture.

But while China definitely needs agricultural purchases, they currently have agreements with other countries, Elms pointed out.

China has, for instance, largely turned to South America for soybeans since the trade war began. U.S. soybean exports to the country dropped off sharply in the second half of last year after Beijing retaliated to U.S. tariffs with its own duties.

While the Chinese may shift away from their current sources in order to buy from the U.S., the sheer amount of purchases required in a short time frame — from current levels to the $50 billion Trump is demanding — makes it “very challenging,” Elms said. Last year, Beijing bought only around $8.6 billion worth of farm goods.

The country’s current commitments will add to the uncertainty about the timing of those purchases, pointed out Jim Sutter, chief executive of the U.S. Soybean Export Council.

“Of course the Chinese are going to want to do this based upon when the right timing is for them. And for them to just kick in and say okay all of a sudden we’re going to start buying a lot more U.S., when they may already have purchases from South America … from other origins … other things in their books, it’s going to take some time before this all works out,” he said.

Despite Trump negotiating in hopes to boost agriculture, Sutter also signaled that the industry doesn’t want to do business only with China and wants to see “free and open markets.”

“What we want to see is for U.S. soy to compete with soy from other origins … We don’t want to be a China-centric supplier. We want to be a supplier to all markets around the world,” Sutter said.