Update on the latest news, sports, business and entertainment at 12:20 a.m. EDT 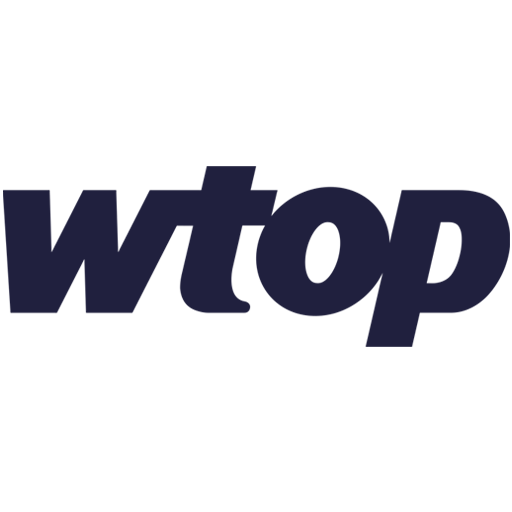 Update on the latest news, sports, business and entertainment at 12:20 a.m. EDT

CHRISTCHURCH, New Zealand (AP) — New Zealand Prime Minister Jacinda Ardern has reiterated her promise that there will be changes to the country’s gun laws in the wake of a terrorist attack on two mosques and said her Cabinet will discuss the policy details on Monday.

At a Sunday news conference, Arden used some of her strongest language yet about gun control, saying that laws need to change and “they will change.”

New Zealand has fewer restrictions on rifles or shotguns than many countries, while handguns are more tightly controlled.

Unlike the U.S., the right to own a firearm is not enshrined in New Zealand’s constitution.

Ardern declined to discuss more details until she’d talked to her Cabinet, the group of top lawmakers that guides policies.

NEW YORK (AP) — The St. Patrick’s Day parade in New York City is a mix of celebration and a new troublesome topic hovering over the marchers: Britain’s failed Brexit deal with the European Union that could squeeze Ireland’s economy.

But nothing could put a damper on the largest American celebration of Irish heritage Saturday. Tens of thousands of participants followed a painted green line up the avenue for the six-hour procession.

A 27-year-old spectator from New Jersey says he’s always been proud to be Irish-American.

But Kevin Coughlan has family in the Republic of Ireland and worries that a rift with the United Kingdom could close the border with U.K-governed Northern Ireland. And that would slow business for the Irish.

Once sanctuaries, houses of worship struggle with security

DETROIT (AP) — Houses of worship have traditionally been places of refuge where strangers are welcome.

But high-profile attacks in recent years on an African-American church in Charleston, a synagogue in Pittsburgh and now mosques in New Zealand have made many rethink whether those places are sanctuaries or targets.

At least 49 people died in the mosques attacks and the gunman suspected of attacking the two mosques in the deadliest mass shooting in New Zealand’s modern history has identified himself as a white nationalist.

At the Islamic Center of Detroit, Imam Mohannad Hakeem says his sense is that people are fearful for their lives and their houses of worship.

In the parking lot, a police officer monitored the mosque from a squad car while a police chief greeted congregants inside.

A slip of the tongue by former Vice President Joe Biden might suggest he’s leaning toward running for the White House again.

In a keynote speech at a Saturday dinner for the Delaware Democratic Party, Biden boasted that he has “the most progressive record of anybody running.”

Cheers nearly drowned out his correction. Although Biden has been known to go off script, his remark is likely to be viewed as a Washington-style gaffe — a case of accidentally telling the truth.

The recorders, also known as black boxes, were sent to France because the BEA has extensive expertise in analyzing such devices. Experts from the U.S. National Transportation Safety Board and the plane’s manufacturer Boeing are among those involved in the investigation.

In Ethiopia, forensic DNA work has begun on identifying remains. Local media report that it may take six months to identify the victims’ remains, although death certificates should be issued in two weeks. The 157 who died in Sunday’s crash came from 35 countries.

Some flooding of low-lying areas around the river in northwest Missouri had already been reported Saturday.

The National Weather Service says the Missouri River at St. Joseph reached nearly 26 feet on Saturday, about a foot below what’s considered major flooding at the northwest Missouri city. But it’s expected to crest Wednesday or Thursday at 29.3 feet — more than two feet above major flooding level.

Chief of Detectives Dermot Shea says 24-year-old Anthony Comello was arrested Saturday in the death of Francesco Cali on Wednesday in front of his Staten Island home.

Shea said Comello was arrested in New Jersey and will be charged with murder in Cali’s death.

The 53-year-old Cali, a native of Sicily, was shot to death by a gunman who may have crashed his truck into Cali’s car to lure him outside.

Shea said the motive for the killing is unknown.

The murder marked the first assassination of a New York City mob boss since Paul Castellano was killed outside a Manhattan steakhouse in 1985.

SAN FRANCISCO (AP) — The national college admissions bribery scandal that broke this week laid bare the stress that many families experience when their children are going through the ultra-competitive process of seeking application to the nation’s top colleges.

The man at the center of the college bribery scandal, disgraced college consultant William “Rick” Singer, is accused of taking millions of dollars in bribes to pay off corrupt athletic coaches and standardized test administrators.

College admissions counseling and tutoring has become a $1 billion industry in the United States.

One Beverly Hills, California, mother who chose where to live to get her daughter into a high school she thought would give her the best shot at UCLA said: “I did some crazy things, but nothing illegal.”

RJ Barrett added 17 points and nine rebounds and the Blue Devils (29-5) took control after halftime to add to their conference-record total with their 21st tournament title.

And point guard Tre Jones had his own strong outing, part of Duke’s closing act that showed the Blue Devils — with Williamson healthy after missing nearly six full games with a knee sprain — are ready for their NCAA Tournament push.

Duke shot 58 percent after the break, turning a 36-all score into a 14-point lead by midway through the half and then holding on.

Mfiondu Kabengele scored 14 points for the Seminoles (27-7). They upset No. 2 Virginia in Friday’s semifinals but couldn’t recover after falling behind big.

FSU: The Seminoles had been rolling since a 1-4 ACC start in January, winning 14 of 15 games with the only loss coming at third-ranked North Carolina. And they controlled most of the game against the Cavaliers, shooting nearly 57 percent to tear through Virginia’s stout defense. But by Saturday, they managed to stay right with Duke for a half before fading as the Blue Devils made their title-clinching move. FSU made just 8 of 32 shots (25 percent) after halftime as Duke’s defensive pressure caused problems, while the Seminoles’ defense had trouble getting its own stops as Duke got out in transition more.

Duke: This tournament was all about the 6-foot-7, 285-pound Williamson, whose Feb. 20 knee sprain — that included the image of his left foot tearing through the side of his shoe as he fell to the court — had threatened to derail the title potential of a team that has spent a national-best seven weeks at No. 1 in the AP Top 25. But Williamson’s return restored that confident edge that reaches throughout Duke’s lineup at both ends of the court, from his high-flying dunks to his rim-protecting leaps to swat away shots.

FSU: The Seminoles are headed to the NCAA Tournament, where they hope for another deep run like last year’s push to within a game of the Final Four.

Duke: The Blue Devils have claimed the league’s automatic bid to the NCAA Tournament, possibly as the No. 1 overall seed.

ALBANY, N.Y. (AP) — April the Giraffe has once again given birth in front of an enthralled YouTube audience.

April drew more than 232 million YouTube live views during a seven-week period in 2017 before she gave birth to Tajiri (tah-JEER’-ee). That came as a surprise for the small zoo 130 miles (209 kilometers) northwest of New York City.

This is April’s fifth calf and the second for her and Oliver.

Copyright © 2019 The Associated Press. All rights reserved. This material may not be published, broadcast, written or redistributed.