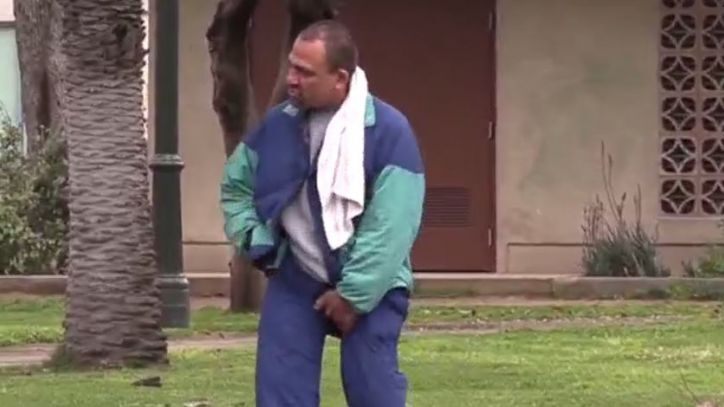 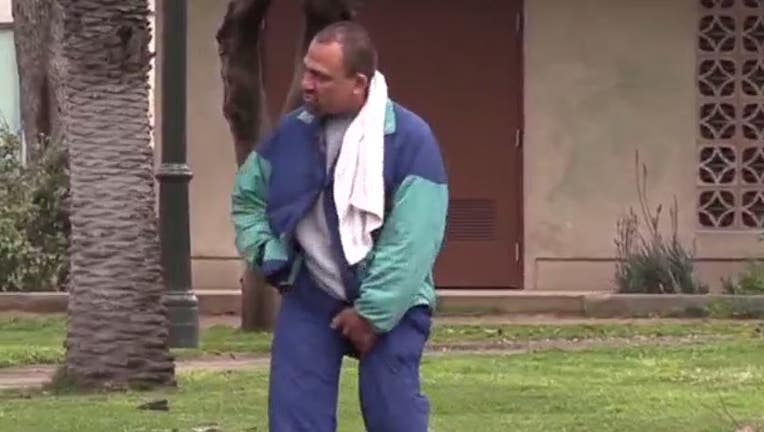 LOS ANGELES – In an exclusive investigation, FOX 11 is going undercover to Skid Row, embedding with a Los Angeles County mental health team tasked with helping the most vulnerable on the streets in a system the team and a County Supervisor say is ‘broken.’

There are almost sixty thousand homeless people living on the streets of LA County. More than sixty percent of them are believed to suffer from mental illness. Bill Melugin joins us with his months-long FOX 11 investigation.

There are an estimated 58,000 homeless people living on the streets in Los Angeles County, and more than sixty percent of them are believed to be suffering from mental illness. The county department of mental health’s Homeless Outreach & Mobile Engagement (HOME) team is tasked with doing something about it, seeking out the most severe mental health cases on Skid Row, and they invited FOX 11 along to observe their work.

“We can’t solve 58,000 homeless, but we are working with those individuals who have been sitting on these bus corners for forever,” said Anthony Ruffin, a member of the HOME team.

Monica Draper is one of those individuals. She is a violent transient known locally as “6th street” who suffers from mental illness who the system has repeatedly failed, keeping in her a never ending cycle of jail, and the streets.

FOX 11 filmed video of her shouting at members of the HOME team, and swinging a bike lock in preparation to fight.

“She’s severely mentally ill, she’s been down here, I don’t know how long, probably over two years,” Ruffin said.According to documents obtained by FOX 11, Draper was arrested for felony vandalism in 2016 and was later placed on probation.

When Draper violated probation in 2018, she was ordered to be examined by a psychologist. She was released back to the streets, and just weeks after FOX 11 filmed video of her on Skid Row, she was rearrested for violating her probation and was brought back to jail.

Documents show as of September she is being held with no bail, and was ordered to be evaluated by a psychiatrist yet again. But at no point has Draper ever been placed in a mental health hospital, or received treatment. The system has put her though a revolving door of jail and the streets for years.

“The system wasn’t built for these kind of individuals,” Ruffin said.“It’s really easy to be like why aren’t you doing anything or why is it taking so long, and it’s like, with what resources,” said Lavit Maas, another member of the HOME team.

The HOME team says lengthy wait lists mean there just aren’t enough hospital beds available for the severely mentally ill, and even if they believe they need to involuntarily commit someone to a hospital, it’s an arduous process.

“People have their civil liberties, and they have to meet really strict legal criteria,” Maas said.Criteria that LA county supervisor Kathryn Barger says has to be changed.“The system, as it stands right now, is broken,” she said.

“I can tell you the bags under my eyes are because I do lose sleep over this and I have been very aggressive in working on it. For anyone who thinks you can just pull them off the street and hospitalize them, they have rights. Many of those rights come from California’s LPS Act, which Barger believes needs to be changed.

Since 1967 when it was signed into law, the LPS Act has allowed mental health patients to refuse treatment on the basis of protecting their civil rights, and due process.“The very thought that LPS was put into place to protect people’s rights, I would argue it’s abusing people’s rights,” Barger said.

Barger also believes California has to revisit the controversial Prop 47, which lowered penalties for different drug and property offenses in order to reduce prison overcrowding.

“The judges have no ability to mandate treatment,” Barger said. “They end up in our jails, our jails are overcrowded, they’re released within more than likely, 24 hours, if that.

”Barger told FOX 11 that one thing that may help is that California is currently working with the federal government to enter into a waiver which would allow hospitals to bill Medicaid for mental health beds, which isn’t the case right now.

“Why is that significant?” Barger said. “Because up until now, if you have 16 or less beds you can bill Medicaid, but 16 or more, you are not allowed to get reimbursements so no hospitals want to build their capacity because there’s no money stream.

”FOX 11 asked Barger how more beds and shelters would stop the influx of homeless from other states coming to California because of the nice weather and looser laws.“That is a problem, and I do hope that my colleagues from across the state hear that because I don’t think any of us want to be a destination for those who want a checkout,” Barger said.

And when FOX 11 provided Barger with the paperwork associated with Monica Draper’s situation, she agreed the system is failing her, and money others.“We need to look at cases like this and see how we can plug that hole, because service resistant, more aggressive, and a danger to the public,” Barger said.

As for the county HOME team, they’ll continue doing work that does change lives for the better.

FOX 11 witnessed them help find housing for one homeless man, who appeared to be grateful and emotional about the news.“What we’re trying to do is pick up the pieces, one piece at a time,” Ruffin said.

A small victory, in the ongoing crisis, in LA’s streets.“We’d better figure this out pretty darn quick,” Barger said.