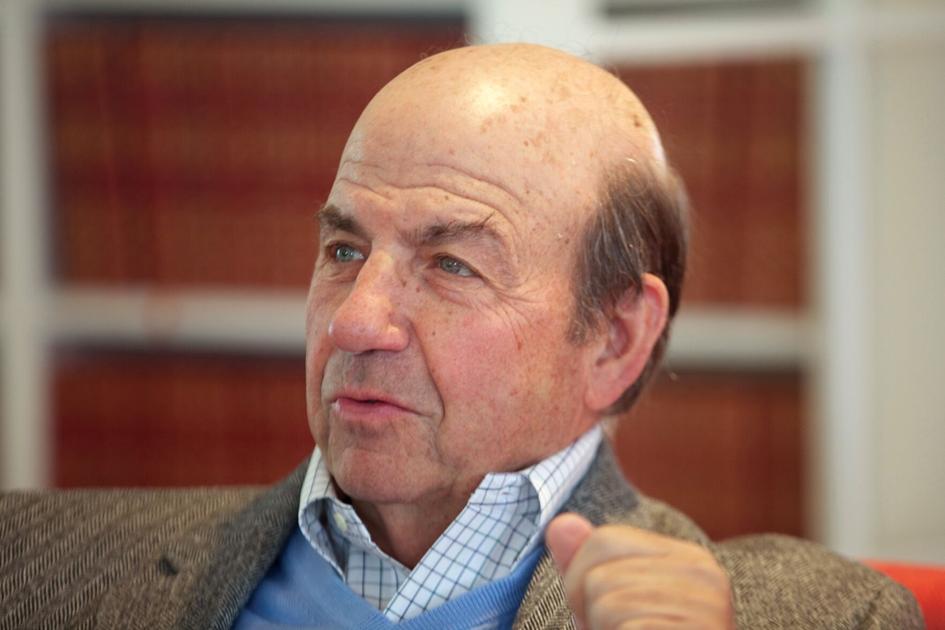 The University of Georgia Press will host a university-wide campus read of “An Education in Georgia” by Calvin Trillin in partnership with the New Georgia Encyclopedia, the Grady College of Journalism and Mass Communication and the Mary Frances Early College of Education.

The Campus Read is a celebration for both desegregation at the University of Georgia and Black History Month. The program will include two virtual talks: The first is on Feb. 4 with Trillin, a long time staff writer at The New Yorker, and Charlayne Hunter-Gault, one of the first Black students to attend UGA. The other talk closes the Campus Read on Feb. 25 with Mary Frances Early, the first Black graduate from UGA, and UGA Rhodes Scholar Phaidra Buchanan.

“An Education in Georgia” follows Trillin’s accounts of the integration process at UGA, which was spearheaded by Hunter-Gault and Hamilton Holmes. The 1963 book includes interviews not only with the two students, but with their families, the UGA faculty and administration as well as their peers and classmates.

Trillin was a reporter for Time Magazine stationed in Atlanta when the federal court ordered the admission of the first two Black students to UGA in January 1961. He reported on their first week at UGA and returned to Athens in 1963 to follow up with the students and their experiences.

“These events had been covered as a snapshot rather than a video,” Trillin said. “Desegregation happened, or it didn’t happen in some cases, and that’s the last you heard of it. I thought that what hadn’t really been written about was … what it was like for those two and a half years.”

The desegregation process was anything but simple. The book describes the year and a half long litigation battle led by Black attorneys to admit the two students, the riot outside of Hunter-Gault’s dormitory on Myers Quad which resulted in her and Holmes’ temporary suspension as well as the oftentimes hostile and isolating environment the young students lived in for two and a half years.

“These were human beings,” Lisa Bayer, the director of UGA Press, said. “They left their families [and] it was dangerous here. They were threatened, they were ostracized. There were also people who embraced them and created community, but it was brave work.”

Although 60 years have passed, race relations still remain a significant issue in this country. The Black Lives Matter protests during summer 2020 are a prime example.

“Stories about black men being killed by white police have gone on for decades and it’s still the same,” Trillin said. “I did one in Seattle in 1975 — it could’ve been written yesterday.”

Even looking more microscopically at UGA, Bayer believes there’s still much to be done for racial equality to truly be achieved.

“I don’t think the civil rights movement is over,” Bayer said. “We’re still working on racial justice issues, representation issues. More recently in the 21st century, [Hunter-Gault] said that she had really hoped we would have more Black students at UGA now than we do. Charlayne and Hamilton Holmes were the first, but I think it’s been a slow ride.”

Trillin believes that while the public’s attentiveness to racial issues waxes and wanes, that does not mean the issues themselves disappear.

“When they say systemic racism, it’s hard to remember that it’s everywhere,” Trillin said. “For instance, when it came out in the news that the COVID-19 [pandemic] was harder on neighborhoods where there were mainly people of color — I’ve done race stories for fifty years, but at first I thought, ‘Well, why is that?’ Think about redlining neighborhoods so that people could only live in certain places. Think about the problem of medical care. It’s everywhere.”

Hunter-Gault and Trillin are still friends today after their initial meeting in 1961. Their virtual conversation on Feb. 4 to begin the Campus Read will be moderated by Valerie Boyd, the Charlayne Hunter-Gault Distinguished Writer in Residence and professor at Grady.

Early, who is also featured in “An Education in Georgia,” will be speaking with Buchanan, a Rhodes Scholar, in a conversation moderated by Cynthia Dillard, a professor at the Mary Frances Early College of Education.

Physical copies of “An Education in Georgia” can be purchased at local and online bookstores and are available for free from Grady, the Mary Frances Early College and the Office of Diversity and Inclusion, according to a 2021 press release by the UGA Press. An e-book version is also available for free through UGA Press’s Manifold platform.

“We’re not done,” Bayer said. “We’re still working through a lot of the issues –– they’re subtler, maybe. The messages are delivered in different ways perhaps than they were sixty years ago. But we are still working and we are still learning, and we have to continue to teach.”