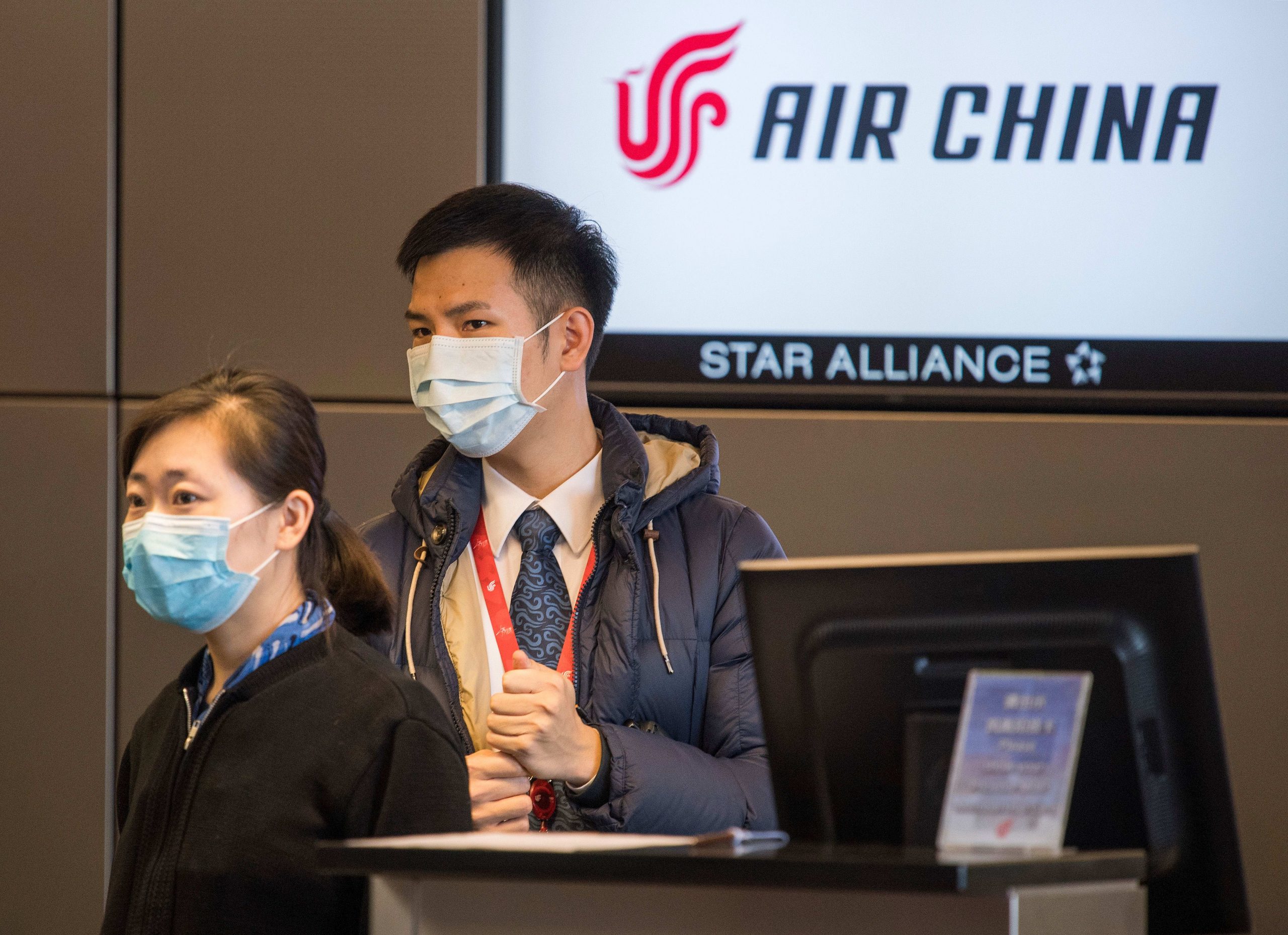 Air China staff wear face masks to protect against the spread of the Coronavirus as they check in passengers on an Air China flight to Beijing, at Los Angeles International Airport, California, on February 2, 2020.

The Trump administration on Friday scrapped a plan to ban Chinese passenger airlines from flying to the U.S. after Beijing said foreign airlines can fly to China.

The new order, however, limits Chinese carriers to two weekly flights to the U.S. — half the number that Chinese officials allow that country’s airlines to fly to the U.S.

The Department of Transportation said the new measure, which comes amid heightened tensions between the U.S. and China, was needed “to restore a competitive balance and fair and equal opportunity among U.S. and Chinese air carriers in the scheduled passenger service marketplace.”

Delta Air Lines and United Airlines have been eager to resume China service, which they suspended earlier this year after the coronavirus outbreak drove down demand. But the airlines hadn’t received the required Chinese government approvals to restart service there at the start of the week.

In retaliation, the Trump administration said Wednesday that it would block Chinese passenger carriers from flying to the U.S., starting mid-June. Several hours later, Chinese officials said they would allow foreign airlines to operate once weekly flights.