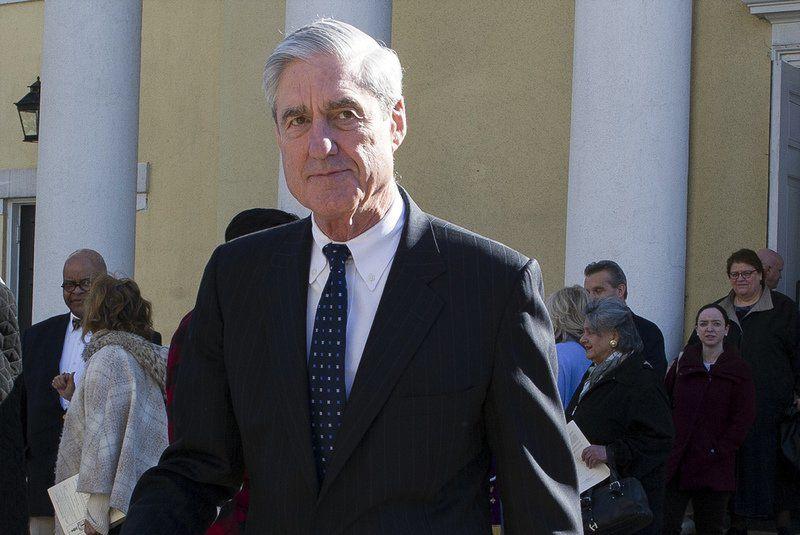 WASHINGTON — President Donald Trump said Sunday that special counsel Robert Mueller should not testify before Congress, abandoning his previous declaration that he would leave that decision to his attorney general.

Escalating tensions with House Democrats as they seek to bring Mueller before the House Judiciary Committee, Trump tweeted: “Bob Mueller should not testify. No redos for the Dems!”

Democrats are seeking more information about Mueller’s report on his Russia investigation. Senate Judiciary Chairman Lindsey Graham, R-S.C., has said he doesn’t plan to invite Mueller to testify on the report.

Trump told reporters in the Oval Office last week that testimony from Mueller was “up to our attorney general.” William Barr has said he has no objection to Mueller testifying.

Trump again asserted on Twitter Sunday that Mueller’s report revealed “NO COLLUSION” and argued that there was “NO OBSTRUCTION.”

On collusion, Mueller said he did not assess whether that occurred because it is not a legal term. He looked into a potential criminal conspiracy between Russia and the Trump campaign and said the investigation did not collect sufficient evidence to establish criminal charges on that front. Mueller didn’t charge Trump with obstruction but wrote that he couldn’t exonerate him, either.

Trump did not indicate if he would take any steps to block Mueller, who is a Justice Department employee.

The president tweeted Sunday after a Democrat on the committee said he was hopeful Mueller would testify, noting that May 15 has been proposed.

Rhode Island Rep. David Cicilline told “Fox News Sunday” that “we hope the special counsel will appear” at that time and that “we think the American people have a right to hear directly from him.”

Cicilline later tweeted that “nothing has been agreed to yet.”

The House Judiciary Committee chairman, Democratic Rep. Jerrold Nadler of New York, said last week the committee was “firming up the date” for Mueller’s testimony and hoping it would be May 15.

Cicilline said on Fox that “obviously until the date comes, we never have an absolute guarantee” and in his tweet later, said that “we hope the Special Counsel” will agree to the proposed date for his testimony.

Spokespeople for the Justice Department and Mueller declined to comment on Cicilline’s remarks and on Trump’s tweet.

Democratic Rep. Adam Schiff, the chairman of the House Intelligence Committee, noted in a tweet that Trump’s opposition to Mueller testifying follows his opposition to having a former White House counsel testify.

“Barr’s testimony alone — designed to protect Trump — isn’t going to cut it. They will testify. The American people deserve the truth,” said Schiff, who has previously stated that he would like Mueller to appear before his panel.