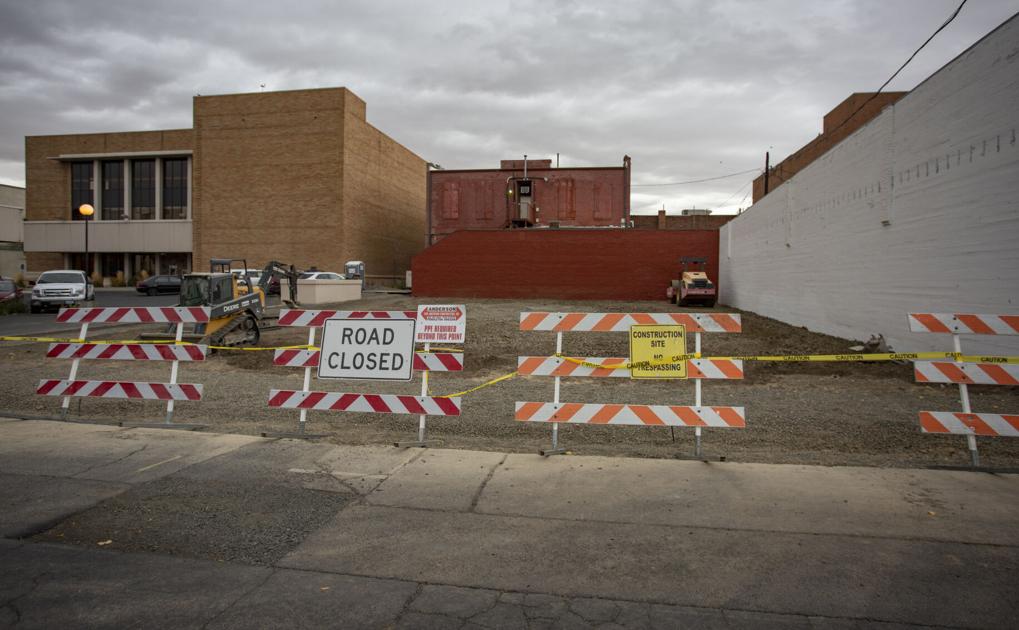 PENDLETON — Old West Federal Credit Union is paving an empty space to put up a parking lot, but bank officials are hoping it will be more than that.

After a 2019 fire burned down a thrift store at 342 S.W. First St., Old West bought the newly vacated lot from Pendleton attorney Henry Lorenzen with the idea that the bank would expand its parking lot, which is at the corner of First Street and Dorion Avenue.

But, as Old West commercial lending officer Kevin Jordan told the Pendleton Development Commission at a Sept. 22 meeting, the project got more ambitious once Travel Oregon indicated interest in using a wall near the lot for its Oregon Mural Trail, a tourism campaign that has helped install murals in small towns across Oregon, including Ontario, The Dalles and Prineville.

Allison Keeney, Travel Oregon’s manager of global communications, confirmed that the Oregon Mural Trail was in the process of coming to Pendleton.

“The murals are intended to generate a sense of community pride, enhance local economic impact, and contribute to local arts and culture initiatives,” she wrote in an email. “It provides arts and culture experiences to enhance the visitor experience while also enriching Oregonians’ quality of life.”

Jordan told the commission that Travel Oregon wants the project to include a viewing area for the art. So Old West has expanded its idea to include the lot and nearby alley way as a part of the attraction. Jordan said Old West envisioned the area as a community space complete with gates and benches for visitors who might have just completed a walk through the Pendleton Underground Tours.

Jordan was introducing the concept with the hope that the development commission could offer some financial support in the future.

Charles Denight, the associate director of the commission, said the project doesn’t fit neatly into any of the urban renewal district’s existing programs, but he also added that how the commission spends urban renewal dollars is at their discretion, and they don’t necessarily adhere to a program to spend money.

“They’ve done it in the past and I’m sure they’ll do it again,” he said.

Denight said what he liked about Old West’s proposal is that the bank has already agreed to make a financial contribution to the project.

And although it may not be a perfect fit into one of the commission’s assistance programs, Denight said a community space based around the Old West alleyway was one of the concepts presented in the city’s original urban renewal plan.