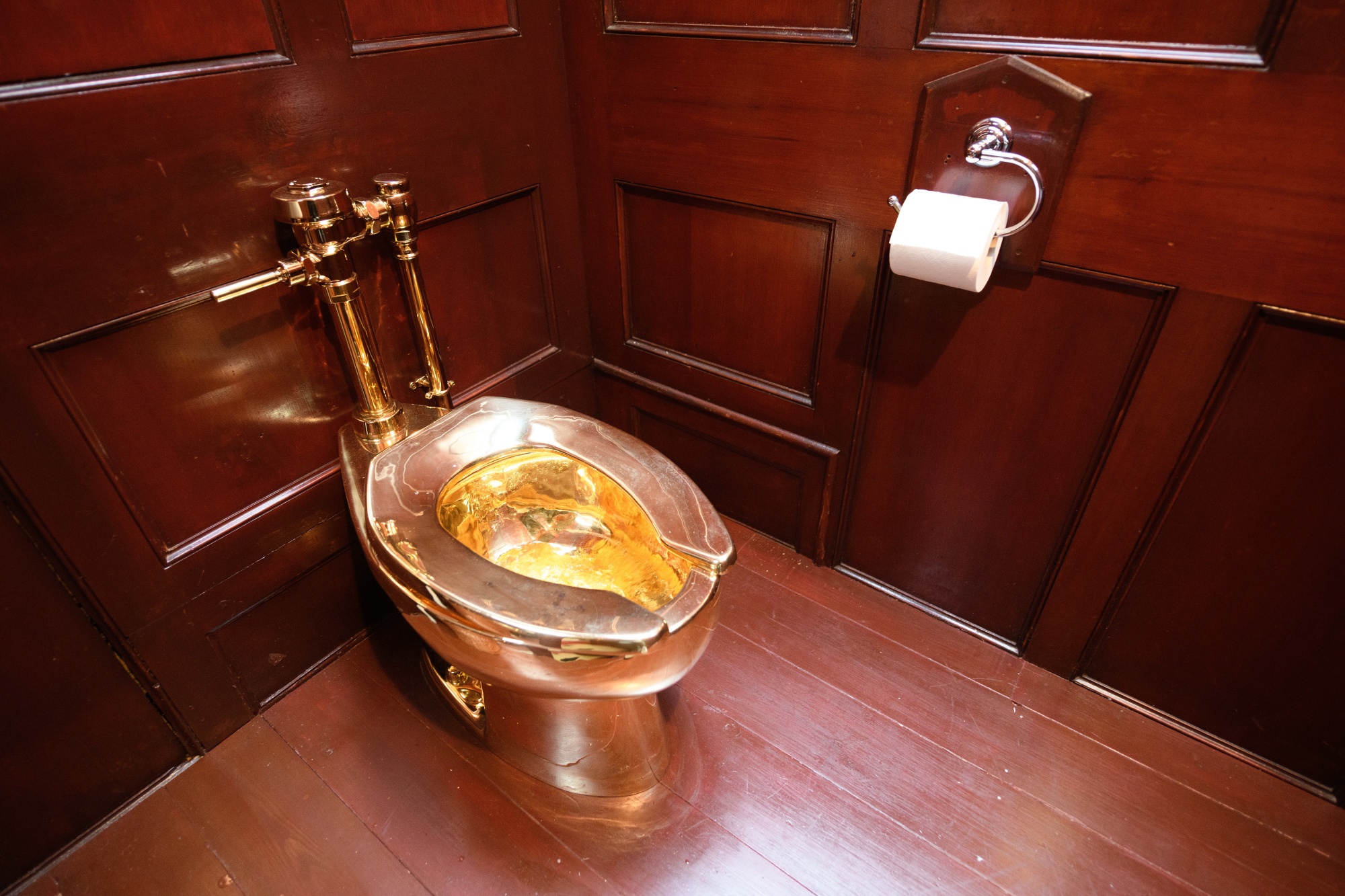 When people bother to think seriously about sanitation infrastructure, they tend to laud it. In 2007, the British Medical Journal’s readers crowned the sanitary revolution “the most important medical milestone since 1840.” In 2018, the readers of Atlas Obscura dubbed the sewer “the most marvelous everyday invention” in its Mundane Madness competition.

This isn’t wrong, exactly; the vast, largely invisible network of toilets, pipes, and treatment plants that comprise municipal wastewater systems has indeed allowed many of us to live longer, healthier lives in growing cities that don’t reek. We should be grateful for that, and for the people who keep those systems running. But these superficial assessments overlook the ways in which this essential infrastructure, which was devised more than 100 years ago, isn’t serving us now and isn’t up for the challenges of 21st century.

New advances tend to just tweak this old model: By replacing old, inefficient toilets with new low-flow technologies, for example, a household can reduce residential water use by about 13,000 gallons a year, according to the Environmental Protection Agency. But the fact remains that these systems, developed before concerns about water scarcity, waste water by design. A strong flow of water is fundamental to the functioning of sewers. A commendable enthusiasm for water conservation already forces some cities to occasionally flush out their stagnating sewers with water and treat them with chemicals so that they don’t stink.

Inside sewers, modern trash like wet wipes combine with the oils and fats from fast-food diets to form monstrous fatbergs that block pipes. Many older sewer systems add stormwater to the mix — a choice made by the original Victorian sewer planners, in part because it would be cheaper to build a single sewer and also because the storm water helped to rinse out the muck that washed into the pipes. When cities added wastewater treatment plants in the 20th century, they intentionally arranged for the sewers to overflow during heavy rainfall so that the excess water wouldn’t overwhelm the processes in the plant. During these events, menstrual supplies and condoms float out into waterways along with poop and pathogens.

Wastewater treatment plants are based on a technology developed in the early 20th century that is increasingly ill-equipped to eliminate some of today’s household and industrial chemicals, which then exit the plant with the liquid or solid output, often flowing into waterways and getting spread onto fields. Adding treatment stages to remove these pollutants is a luxury many municipalities can’t afford.

These systems are vulnerable to climate change, especially from rising sea levels and major storms. In 2017, for example, a nearly 60-year-old Florida treatment plant spilled 10.5 million gallons of sewage into the sensitive Indian River Lagoon during Hurricane Irma. A proposed plan to move the plant inland is estimated to take six years and cost $156 million. The systems also can contribute to climate change, by releasing greenhouse gases and using massive amounts of energy as they constantly pump air through the sewage. In the U.S., water and wastewater utilities can account for up to 40% of a municipality’s energy budget.

Ironically, a fact that some people hold up as evidence of the superiority of these systems is their biggest flaw. According to the World Health Organization and Unicef’s Joint Monitoring Program for Water Supply, Sanitation, and Hygiene, more than half of the world’s population doesn’t have what’s known as “safely managed sanitation,” meaning that their toilet waste never makes it to treatment. One estimate attributes 432,000 diarrheal deaths annually — and many more illnesses — to inadequate sanitation. This worldwide toilet crisis is a political and social failure, but is also due to the unwieldiness and high costs of the “gold standard” systems. Many poorer cities have installed conventional wastewater treatment plants only to watch them fail within a few years, due to lack of operating funding, supplies, expertise or consistent power. A 2019 study by WaterAid found that 95% of the studied wastewater treatment plants in Mexico and 80% in Ghana weren’t working. In India, more than half were operating poorly or very poorly.

Innovators are proposing new ways to approach municipal sanitation infrastructure — though it’s an area of research that’s not widely discussed, for reasons you might be able to guess. Among these ideas are different types of sewers that can function with much less water by using pressure or vacuums. “Simplified” versions of gravity sewers can be narrower and buried less deeply, making them easier and cheaper to install. Where sewers aren’t feasible, concepts involving container-based systems that compost human waste into fertilizer — a contemporary update of the “night soil” collectors of pre-sewer cities — have proved to be effective in places like Haiti. Underground tanks and pits can also provide a safe and sustainable option; building service into the model is key, as an unknown number of septic tanks in the U.S. are failing because of age or lack of maintenance, leading to pathogen and nutrient pollution.

The toilet itself is the focus of other technical improvements — long overdue, perhaps, since modern flush toilets are not dissimilar from those available in the 19th century. New toilet designs can seamlessly separate urine so that it can be more easily transformed into fertilizers or other products, like disinfectant. Poop without pee, on the other hand, can be more easily composted, turned into briquettes for cooking, or even fed to the larvae of the black soldier fly, which can in turn become feed for fish and poultry.

Existing conventional sewage infrastructure can also be made more sustainable by reusing treated wastewater and extracting energy, nutrients and raw materials from sewage in well-established but under-used ways, such as anaerobic digestion, as well as in new ones. In Vancouver, one district for years has been using heat pumps to recover heat from untreated sewage, helping the city to bring down its greenhouse gas emissions. And a wastewater treatment plant in that city will soon pilot a technology that will turn sludge — the solid residue from the treatment process — into a low-carbon fuel.

The coronavirus pandemic has also highlighted the potential for gathering health data from toilets and sewers. The field of wastewater surveillance and epidemiology has been slowly developing for the past two decades, but the Covid-19 crisis has accelerated that work. Because infected people shed bits of SARS-CoV-2 in their poop, sewage can serve as a kind of pooled stool sample, supplementing other types of public health data such as clinical testing in order to monitor infection trends in a community. Many experts would like to see newly created surveillance programs continue, monitoring communities for everything from seasonal flu to drugs of abuse.

If this sounds like a dizzying array of ideas, that’s a good thing. For more than a century, we’ve been living with a singular ideal of the sanitation system, even as we’ve strayed from it in practice. But human societies are not all the same, so sanitation systems should present a range of options that reflect the real range of needs — from financial to environmental to cultural — while still providing the fundamental service of separating communities from their collective excrement. Instead of a hierarchy of technologies, we should develop and embrace many gold standards.

Recently, the American Society of Civil Engineers issued its 2021 report card on U.S. infrastructure, again handing the nation’s wastewater systems a D+, citing a “chronic trend of underinvestment.” A new infrastructure bill could offer an opportunity to remedy that. Of the $111 billion proposed for water-related infrastructure investment in President Joe Biden’s American Jobs Plan, $56 billion is set aside for “modernizing” water systems, although the proposal isn’t specific about how much of that should go to wastewater systems such as sewers and septic tanks.

In addition to fixing the pressing problems of conventional systems, some of those resources could flow to advancing new ideas and new approaches. Some 15% of America’s wastewater treatment plants have exceeded their design capacities, according to the ASCE; rather than expanding those systems as cities grow, policies and regulations could incentivize new buildings and developments to implement technologies that treat and reuse toilet waste and “graywater” on site. San Francisco, among other cities, is moving in that direction.

And America should look especially to lower-income, often non-white, communities that have been left behind in past sewer booms as potential leaders in developing new sanitation technologies that are efficient with water, energy, nutrients and cost — and potentially keep resources and jobs in communities rather than flushing them away. More than anyone, they know the ways in which toilets fail us all.

Chelsea Wald is an award-winning science writer who has reported on toilets since 2013. Her first book, Pipe Dreams: The Urgent Global Quest to Transform the Toilet, was released in April 2021.

Before it’s here, it’s on the Bloomberg Terminal.