Today’s Travel Bookings May Be More Fiction Than Fact 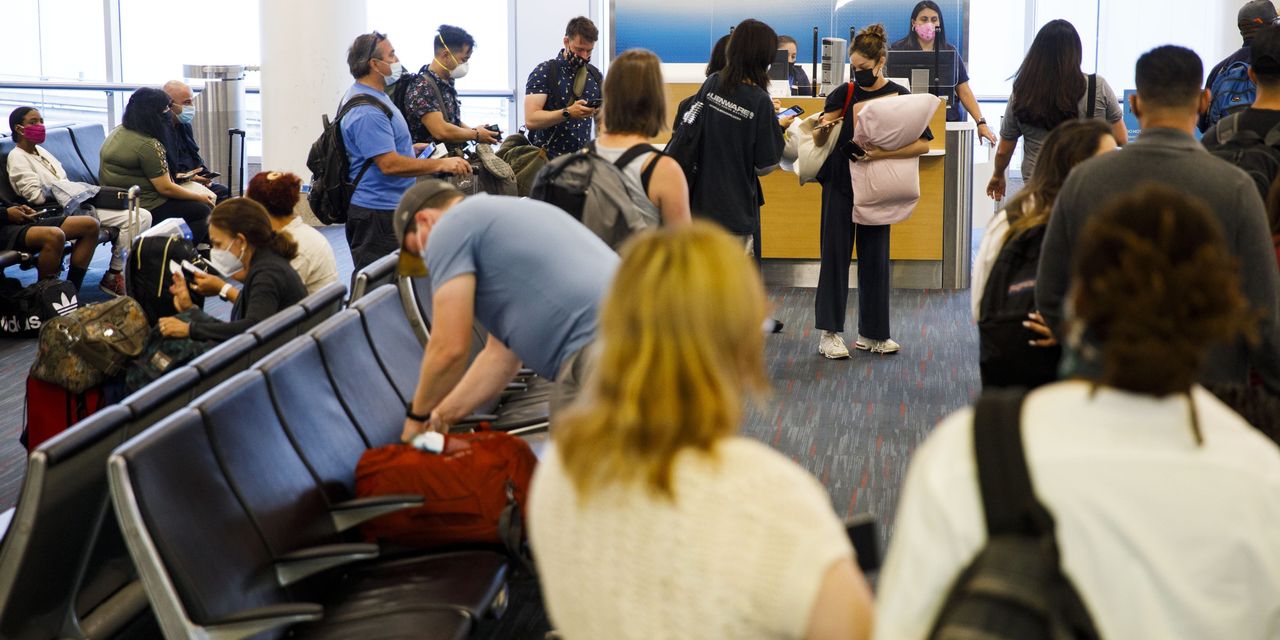 Today’s Travel Bookings May Be More Fiction Than Fact

Future bookings are beginning to recover, buoying shares of some travel and leisure companies. But investors should ask themselves just how much of that is fantasy money versus real future revenue on which they can hang their hats.

said Thursday that bookings for the second half of next year are at the higher end of its historical ranges. At this stage of the coronavirus pandemic, that is “a compelling indication of the fundamental strength in demand” for its brand, according to Carnival.

But demand won’t always translate to revenue. Industrywide, relaxed change and cancellation policies are enabling cooped-up consumers desperate for an escape to plan a far-off vacation with little to no financial risk, giving them something to look forward to, even if they decide to call it off at the last minute.

Airlines have broadly done away with change fees, many through the end of the year, and others for the foreseeable future. Hotels have done much of the same, some even offering no fee cancellations. At all

hotels world-wide, for example, guests can now cancel or change reservations at no charge up to 24 hours before their arrival date for travel through Dec. 30.

was offering a similar policy for individual reservations made before Oct. 1.

Cruise lines have had to offer some of the most compelling incentives for travelers to book trips after having been shut down for most of the year.

for example, is offering its customers a 125% future credit for a cruise that is booked but then canceled because of future global sailing suspensions. A continuing survey by cruise-review site Cruise Critic found that, as of July 1, most cruise lines were offering credits of at least that value, with some adding extras such as future onboard credits. The message to consumers is: We are essentially prepared to pay you for the risk of booking a future cruise today.

For those who miss their annual travel fix, that kind of offer is difficult to turn down. Carnival said Thursday that approximately two-thirds of its global guests are repeat customers, translating to roughly eight million passengers a year. The company said the past eight months of sidelined business has created “a backlog of past guests…who really miss their cruise vacations and intend to return.” Indeed, it also said more than half of its bookings for next year are from brand loyalists.

After a steep selloff in February and March, Royal Caribbean shares have risen almost 90% over the past six months. Carnival’s shares have rebounded about 30% over the same period. Much of that recovery has been driven by news that demand for future cruises has held up despite canceled voyages, as evidenced by the percentage of customers opting for credits over refunds, as well as solid future booking trends.

Industrywide, even if all passengers choose to rebook rather than cancel their travel plans, it is important to note that potential revenue could still decline. Carnival, for example, noted that prices for bookings in the second half of 2021 are down in the mid-single-digit range because of the yield impact of future cruise credits. Through some cruise operators, travelers can conceivably book a cruise today for late next year only to later move that cruise or have it postponed for one even later in 2022.

President Robert Isom had it right when he said in September that, while bookings are gradually improving for his business, “it’s still too soon to tell” whether that is sustainable. It will be a long time before booked trips reliably set sail.