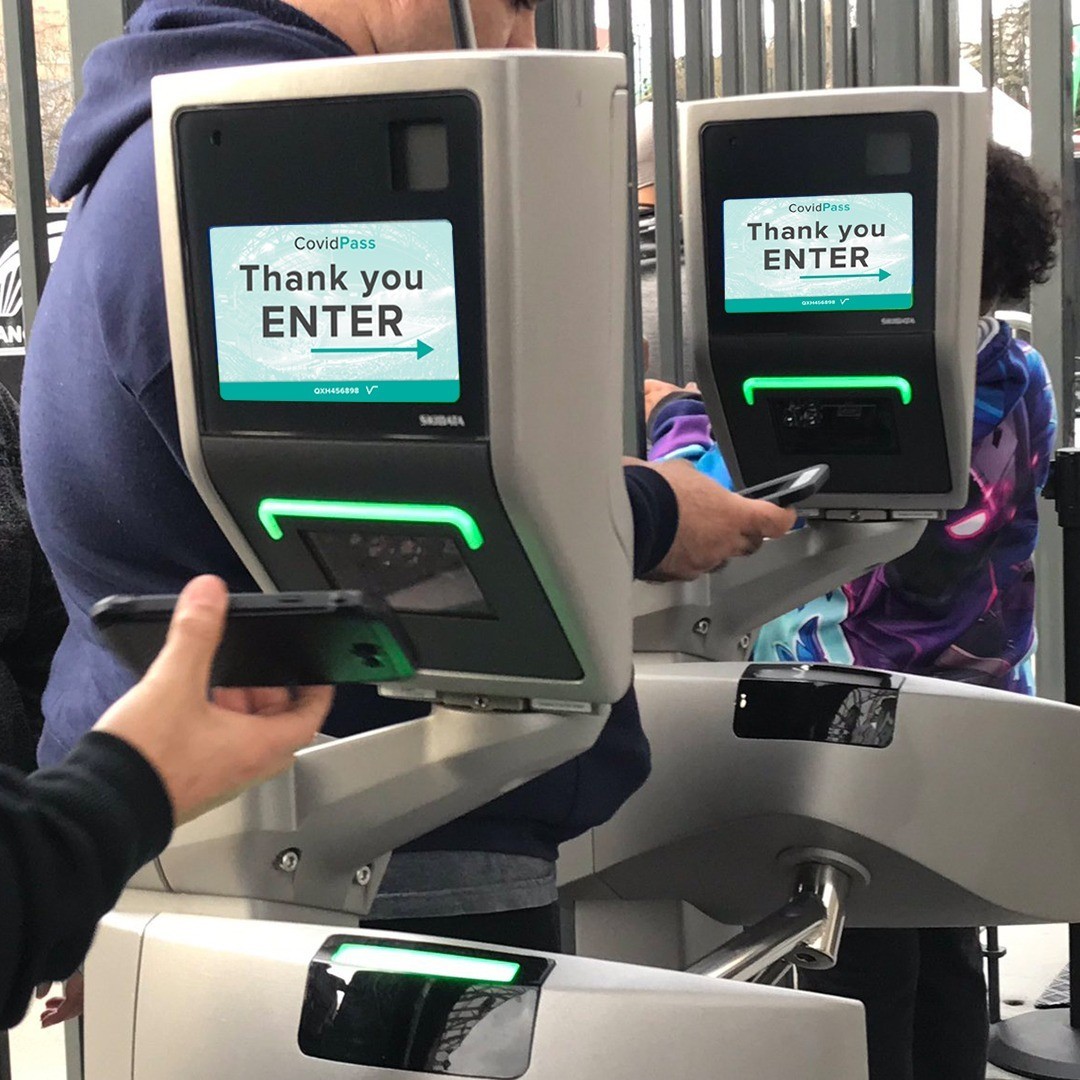 Thousands of summer holidays are now up in the air, following a series of COVID-19 flare-ups around the world, with trips cancelled and travellers forced to quarantine when they return home.

In mid-July, the number of confirmed cases globally jumped by a million in just four days. The UK imposed a 14-day isolation on holidaymakers returning from Spain after infection rates spiked there, prompting the UK’s biggest tour operator to cancel all holidays to that country.

After recording its first cases since April, Viet Nam closed the tourist hotspot of Da Nang to tourists and evacuated 80,000 tourists from the city.

Now, a new health passport app promises to restore confidence to the travel industry, which has been badly hit by the pandemic. Global tourism shrank by 97% in April, according to the United Nations World Tourism Organization.

CovidPass is the brainchild of one of the World Economic Forum’s Young Global Leaders, Mustapha Mokass. It also involves other YGLs across 5 continents, including Muna AbuSulayman and Peggy Liu. CovidPass uses blockchain technology to store encrypted data from individual blood tests, allowing users to prove that they have tested negative for COVID-19.

Germany, regarded as one of the most successful nations in rolling out a voluntary app, currently has only 16 million users out of 83 million citizens. Experts say at least half the population needs to use a contact tracing app to make it effective in fighting the virus.

Meanwhile, governments are faced with a variety of different testing regimes to validate the health of travellers. “This isn’t enough to reassure tourists or health authorities”, says Mokass.

Mokass hopes his app, which is launching in September, will become a standardized solution for airlines, airports and border agencies, and eliminate quarantine for healthy travellers. CovidPass could also allow hotels, cinemas, theatres, sporting and concert venues to reopen safely.

Another possible use would be to help restart the worldwide conference and exhibition industry, which has contracted by 60%, at a cost of $180 billion in lost revenues and impacting 1.9 million jobs, according to the industry’s global association, UFI.

CovidPass commits to mandatory carbon offsetting for each flight passenger, to preserve the environmental benefits of reduced air travel during the crisis.

The first global pandemic in more than 100 years, COVID-19 has spread throughout the world at an unprecedented speed. At the time of writing, 4.5 million cases have been confirmed and more than 300,000 people have died due to the virus.

As countries seek to recover, some of the more long-term economic, business, environmental, societal and technological challenges and opportunities are just beginning to become visible.

To help all stakeholders – communities, governments, businesses and individuals understand the emerging risks and follow-on effects generated by the impact of the coronavirus pandemic, the World Economic Forum, in collaboration with Marsh and McLennan and Zurich Insurance Group, has launched its COVID-19 Risks Outlook: A Preliminary Mapping and its Implications – a companion for decision-makers, building on the Forum’s annual Global Risks Report.

Companies are invited to join the Forum’s work to help manage the identified emerging risks of COVID-19 across industries to shape a better future. Read the full COVID-19 Risks Outlook: A Preliminary Mapping and its Implications report here, and our impact story with further information.