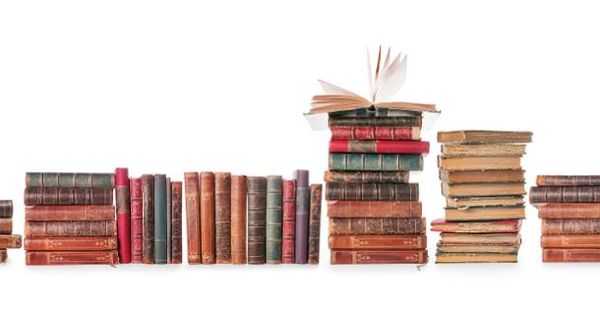 
It’s that time again, where reviewers recommend the year’s best books. In 2019, we had a bevy of excellent books about American higher education, covering its history, controversies, and contributions. Here’s my list of the year’s best titles.

Alan Taylor’s Thomas Jefferson’s Education. A Pulitzer prize-winning historian, Taylor explores the links between slavery and the founding of the University of Virginia, where he’s on the faculty. He demonstrates how slavery shaped the university just as it did every institution of that time. Jefferson had high hopes for the university he started, but Taylor contends his aspirations for it never escaped the entanglements of Virginia’s “old regime,” which maintained the inequalities of slavery and social class. Two hundred years later, UVa is a very different institution, but Taylor shows how modern inequalities still undermine attempts to improve higher education.

A History of American Higher Education, 3rd edition by John Thelin. Scholars of higher education have long recognized Thelin’s authoritative work as an indispensable source for studying the early developments and current issues defining American colleges and universities. This third edition features a new concluding chapter examining the opportunities and problems higher education has faced since 2010.

Yale Needs Women: How the First Group of Girls Rewrote the Rules of an Ivy League Giant by Anne Gardiner Perkins. Coinciding with the 50th anniversary of the first undergraduate women admitted to Yale, Perkin’s account of how these women transformed Yale’s “village of men” to a coeducational university is an absorbing read. Based on interviews with dozens of the 575 Yale women admitted in 1969, Perkins examines the first turbulent years of Yale’s coed period from these young women’s perspective.

David Kirp’s  The College Dropout Scandal. Kirp examines what he, and many others, view as unacceptably low college graduation rates, particularly among minority and first-genration-to-college students, and he offers several well-documented steps to improve college completion. The author, a professor at the University of California-Berkeley, documents how the successful schools he profiles all promote a sense of belonging by students and do everything possible to help them graduate.

Two Cheers For Higher Education: Why American Universities Are Stronger Than Ever – And How To Meet the Challenges They Face by Steven Brint. If you want a book that gives an upbeat assessment of major research universities, this book is for you. Its balanced view of the successes and challenges of higher education is a welcome counterpoint to the overstated critiques of American colleges so often favored in the press.

Caitlin Zaloom’s Indebted: How Families Make College Work at Any Cost. Zaloom, an economic anthropologist at New York University, interviewed 160 families about the burdens of paying for college. Using those interviews, she describes the anxieties parents face as they struggle to fulfill what they often believe is their highest duty – paying for their children to attend college. She focuses on the hardships this effort inflicts – not just the financial costs, but also the emotional strains and moral conflicts – as families gamble that their college investments will pay off. Containing both the strengths and weaknesses of ethnographic research, Indebted excels at explaining what Zaloom calls the “student finance complex”—the maze of financial disclosures, government agencies, private lenders, and university grants that determine who gets financial aid and how much they get.

The Adjunct Underclass: How America’s Colleges Betrayed Their Faculty, Their Students, and Their Mission by Herb Childress. Based on his own experiences as an adjunct faculty and interviews with others similarly situated, Childress exposes what he sees as the damage associated with adjunctification, and he carefully traces the forces that have driven higher ed’s shift from tenured faculty to nomadic, nontenured adjuncts.

One for college sports fans is Matthew Goodman’s The City Game: Triumph, Scandal and a Legendary Basketball Team. It’s the story of the City College of New York’s 1949–50 City College Beavers, the only team ever to win the NIT and the NCAA tournaments in the same year. At that time, City College was a tuition-free, merit-based college known for intellectual achievements and political radicalism, hence its nickname – “Harvard of the Proletariate.” But the team’s success was overshadowed by a point-shaving scandal that overwhelmed it and other schools in the 1950s. Goodman’s recounting reminds us that college sports scandals are nothing new, but always tragic.

The Assault on American Excellence by Anthony Kronman. A former dean of the Yale Law School, Kronman makes the case that academic values and quality are endangered by a “passion for equality” that threatens the aristocratic ideal of excellence he believes should animate great universities. Although there’s much to argue about with some of Kronman’s claims, he makes them in a elegant, provocative way that deserves serious reflection by anyone who cares about the intellectual rigor of American campuses.

Susannah Cahalan’s The Great Pretender. Cahalan’s passionate and exhaustive reexamination of the famous research “On Being Sane in Insane Places” by Stanford psychologist David Rosenhan is a riveting read. Rosenhan’s study, in which eight pseudo-patients (including Rosenhan) gained admission to psychiatric hospitals in 1973, revolutionized psychiatric diagnosis and our understanding of mental disorders. A terrific piece of detective work, Cahalan’s book reveals that this heralded study was in fact quite different than Rosenhan described it, including flimsy documentation and possible outright fabrications. It also gives fascinating insights into the mental health controversies that have swirled ever since the study’s publication.

And finally, the higher education book of the year: The Years That Matter Most: How College Makes Or Breaks Us by Paul Tough. A comprehensive, moving account of the inequalities blocking tens of thousands of poor, minority and first-generation students from realizing the benefits of a college education. Tough amasses empirical research to explain the economic disparities threatening higher education’s promotion of social mobility. But what sets the book apart are the compelling stories of real students Tough uses to dramatize the obstacles they must – and often do – overcome.