The Wide Angle: Conversations about food at stupid times of the morning – Austin Daily Herald 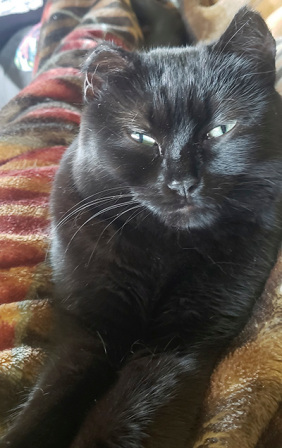 The Wide Angle: Conversations about food at stupid times of the morning – Austin Daily Herald

I was having a conversation with Nemi the other day about the timing of her food delivery system  — you know, as usual.

During this conversation, I noticed something about her I hadn’t really noticed before. Her ability to plan how each morning begins.

Our conversation started as it normally does: the sound of a thundering stampede starting in the dining room and ending with her triumphant leap to the bed, standing on me as a puma stands regally on a fallen tree, surveying its jungle kingdom.

Her roar, more akin to the desperate whining of a cat who thinks she is starving, brought me to the final stages of awakening, something the leap had failed to do, which is kind of amazing.

Nemi, for her 13 pounds of moderately overweight frame, often feels like a boulder falling from the sky. It’s a wondrous trick of physics I don’t entirely understand, maybe stemming from a consequence of the extreme hunger she was no doubt experiencing. 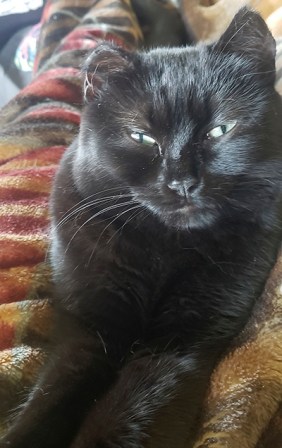 Just look at that face. Really hard to stay upset with her.

Our conversation was roughly translated to, “Human, your sovereign queen demands her morning meal.”

“Well, your highness will have to wait until the servant feels like getting out of bed.”

This conversation, such as it was, went this way for another hour an half, when his lordship, Buster, got into the mix.

Lord High Regent Busterious I, sovereign ruler of the Upstairs Office and most any box he can fine, is usually a little calmer than Queen Panic, in that he strolls in with little care in the world and gives me a questioning meow that to be frank sounds more like a goat.

It’s a rare moment the two can share the same space and not fight like siblings, in which Nemi overreacts and Buster reacts to the overreacting and the chase begins.

It’s easy enough to follow the chase. Just listen for the warcat squall throughout the house.

So now we have both of them in the room, urging me to wake and save them from malnutrition, which trust me on this they are most definitely not starving.

They are quite aware that breakfast is at 7 a.m., but still they torture and harass me in those last few futile minutes of sleep.

At around 6:45 a.m, I hear the stampede coming again and each day it’s a toss up whether it’s Nemi on her own thundering to further urge me to get up or whether or not it’s the two of them ranging through the house intertwined in malign intent.

If it’s the latter, I can expect a fight, but this time it’s just Nemi, landing with full force on my stomach, leaping across the bed and up onto a night stand so she can look outside and proclaim to the world how much we are neglecting her.

Truth be told, it’s an impressive example of gymnastics mastery that Buster isn’t capable of.

A moment later, she’s back on the bed and now laying next to me, which is when we had our conversation.

She looked back over her shoulder, said a few things I thought were kind of rude, but answered with, “Just a couple more minutes.”

Another rude comment, followed by Buster asking again if I was getting up. I repeated the answer and walking away with his tail up, he seemed satisfied.

Buster’s handling of starving to death is much calmer than Nemi.

A few more minutes and another visit by Buster and finally I give up. The pair, suddenly best of friends, trot into the kitchen together to await their servant’s arrival for food prep.

Nemi paces, Buster jumps into his cabinet (yes, Buster has a cabinet in the kitchen. Don’t judge) as I get to the point where I let them lick the soft food off the spoons.

Once that’s done, they both know to retreat to their corners where I bring their food to them. Once done, they are free to ignore me the rest of the morning, exactly as planned.