The volunteer: 89-year-old woman has been serving food bank for 26 years | News 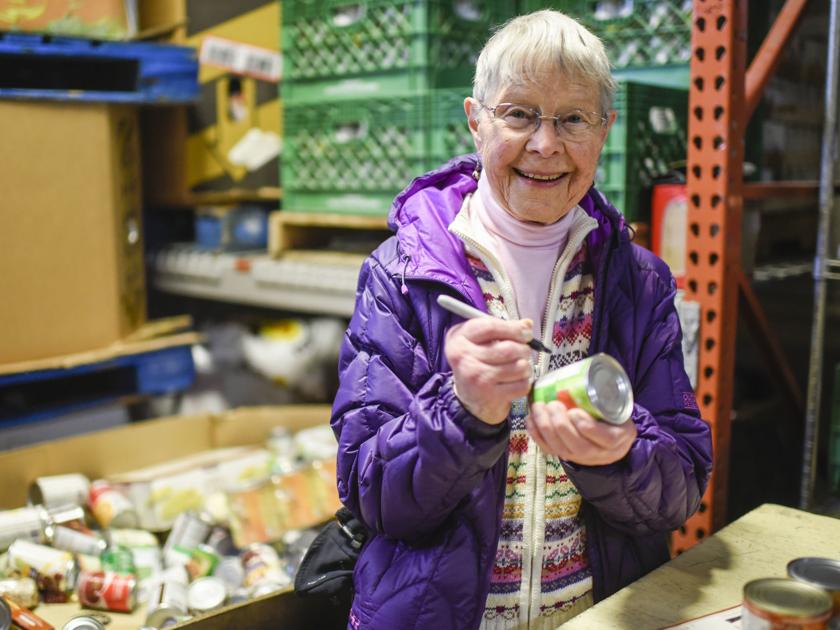 The volunteer: 89-year-old woman has been serving food bank for 26 years | News

She’s a head or two shorter than most of the other volunteers unpacking goods at Gallatin Valley Food Bank but she’s hard to miss, probably because people seem drawn to her.

Emily DeLuca, 89, has been at the food bank most Wednesday afternoons since 1993.

“The demand was not as great but we weren’t just standing around,” DeLuca said before she looked around at those picking out food on a recent Wednesday. “Now it’s more like a supermarket.”

On a recent Wednesday, her white bangs stuck out of her striped beanie. She was quick to smile or laugh with those she passed as she shuffled to cover the ground between the sorting table and rows of food she’s memorized.

DeLuca said she “only started” volunteering in 1984. It began as something squeezed into life in her Wisconsin town when there was time.

DeLuca was in a church pew at St. James Episcopal Church and about a year into life in Bozeman when the pastor mentioned the food bank was short on volunteers. She joined with a friend and they never stopped.

DeLuca arrived in Montana at 62. Her children were grown and her marriage was over.

She wanted to explore mountains she remembered from long ago vacations while her body could.

She found women who played outside and signed up for hiking and cross country skiing. She biked and backpacked.

“It was good,” she said. “All that sort of falls by the wayside between a hip replacement and a knee replacement, like all things you eventually have to give up.”

Volunteering filled her need for movement and people. It helps set the rhythm of her week.

“My balance isn’t what it was, but as long as I stay upright it works,” DeLuca said. “It’s very rewarding and an awfully nice crowd, from the staff to the volunteers.”