the TechX Pioneer programme of 2019 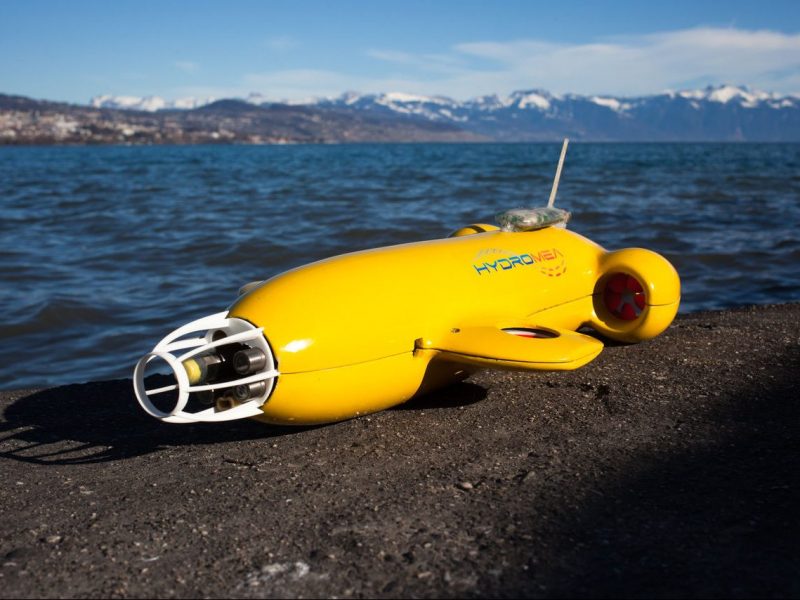 the TechX Pioneer programme of 2019

It’s no secret that the oil and gas sector faces a number of challenges. To overcome these obstacles, a number of bodies are investing heavily in innovative and gas start-ups to try to inject new technology and fresh ideas into the sector. The Oil and Gas Technology Centre (OGTC), based in the UK, has selected ten start-ups from 200 applicants to participate in its TechX Pioneer Programme, they will each receive £100,000 and the support of a 16-week accelerator programme to develop their solutions to a number of challenges across the oil and gas sector.

Automation, micro-polymers and sophisticated monitoring technology are among this year’s projects, to improve the industry’s operational efficiency, safety record and environmental performance.

Swiss company Hydromea produces autonomous drones that can be deployed underwater and collect a range of data at subsea operations. The company’s focus is on the miniaturisation of data collection, so each drone is 70cm long and can dive to a depth of 300m. A number of drones can be deployed simultaneously to cover a much larger area.

The drones have been trialled in the Vidy Bay of Switzerland, where ten were able to collect 75,000 data samples and construct a 3D map of the region, in just two hours with a single human operator. A traditional profiling study of the area required two human workers over eight hours and yielded just 2,000 data samples across 12 isolated locations. The system has also been used to map a wastewater plume four times faster than traditional methods and at less than 3% of the cost, according to the company.

Hydromea’s miniature drones have been trialled in the Vidy Bay, where they collected 75,000 data samples in two hours. Credit: Hydromea

Hydromea has also invested in the communications infrastructure required to coordinate such a large number of autonomous vessels, developing an optical modem that has been tested at depths of 6,000m. Subsea communications are limited by the fact that only acoustic waves can be used to convey information through water, unlike the electromagnetic waves used on the surface, so the modem aims to address a key limitation in underwater technology.

The OGTC does not require companies to pay back the £100,000 investment, nor does it provide direction on how the money should be spent, so Hydromea is at liberty to develop its solution, which it claims could have uses in a number of industries from offshore safety compliance to tourism. The company has already pitched its solution to Equinor and the European Innovation Council, and will hope the OGTC investment will help it further its drone solution.

Edinburgh-based Mocean Energy is developing a hinged wave energy converter, consisting of two hulls, joined at a hinge, that will float in bodies of water and convert the vertical motion of surface water into electricity. The station is unmanned, and can provide a source of power for a number of offshore activities, from ocean sensors and communications equipment to drones on extended operations without an alternative chance to recharge.

The company claims that the shape of its converter, with sloped edges whose tips are entirely submerged by the water, offers advantages in performance and safety. The submerged sections induce greater forces to act on the converter, improving the efficiency of the system by increasing total electricity production without affecting the mass or size of the converter. These parts also enable the converter to dive through larger waves in turbulent waters, rather than being lifted out of the water and slamming back to the surface, which could affect or even damage the device’s hardware.

Mocean asserts that the device’s unique shape allows it to absorb twice as much power as could be expected from a converter of its size.

The Mocean wave energy converter has received over £700,000 in funding from the Scottish Government. Credit: Mocean

While the converter remains in the testing stage – Mocean has completed tests of models at scales from 1/100 to 1/20, but not yet out in open waters – the device has received significant financial backing by the Scottish Government in 2017 as part of a development programme organised by Wave Energy Scotland, which will see the government cover all of the company’s development costs over the next two years.

The company has received two grants from Wave Energy Scotland, one in April 2017 to improve the physical structure of the converter and one in Autumn 2018 to trial a scaled prototype at the European Marine Energy Centre in Orkney, and will be eager to see how the converter performs at a larger scale.

Founded in 2016, Resolute uses micro-polymers to fill gaps in well equipment, repairing damaged gear and making the process of well abandonment cheaper and easier. The UK-based company aims to tackle a significant issue in the British oil and gas sector, where 34% of 1,600 well have at least one of what Resolute calls “integrity issues.”

The solution consists of a small, granular material placed in a carrier fluid, and pumped into cracks and holes in well equipment. The granules then react with a second fluid and expand, causing the mixture to harden and lose its permeability, effectively sealing holes.

While the company and its solution are relatively new, the technology has received significant financial and academic backing. The Oil and Gas Innovation Centre (OGIC) collaborated with the Petroleum Engineering Research Group at Scotland’s Robert Gordon University to refine the technology in 2017, completing tests to determine the most effective sealing materials that could be used across the oil and gas industry.

Resolute’s granular material is pumped into cracks in well equipment in a carrier fluid, where it then hardens and loses its permeability. Credit: Resolute Energy Solutions

The solution also works alongside a number of existing technologies, so Resolute is optimistic that it can be deployed across a number of operations. The pumping work is completed with existing industrial pumps, and the granular material does not replace the cement or resin used to construct wells, but protects them, ensuring they can operate effectively for longer.

The technology can also be used for plug and abandonment operations at wells that are to be decommissioned, with the micro-polymers providing a more robust and versatile filling material than concrete, the current industry standard. Resolute claims that well abandonment costs can be reduced by up to half by using its solution, as the granular material fills space efficiently, and additional infrastructure such as tubing can be left in place once the well is abandoned, unlike tubing that runs through concrete.

Sentinel Subsea has developed a unique early warning system that can be installed at suspended and decommissioned subsea oil and gas projects, and alert operators if and when the facility malfunctions, and leaks harmful material into local waters.

The solution could be particularly significant as the industry remains divided with regards to the best practices for decommissioning oil rigs. While many companies favour the rigs-to-reefs transition often used in the Gulf of Mexico, where facilities are allowed to remain in place after oil has been extracted as they can form the bedrock of new reefs and subsea ecosystems, reports that Shell plans to leave 64 storage shells containing radioactive waste as part of its decommissioning plans in the North Sea have caused many to question the safety of leaving abandoned rigs in the water.

Sentinel Subsea’s technology would improve the standard of oil rig monitoring, and help collect information in a field where there is little data on the long-term impacts of decommissioning. The solution can monitor individual wells, giving precise information about how wells degrade over time, and inform future decisions about decommissioning projects as the technology can be used to monitor facilities without intervention for more than ten years.

The technology could also help the Oil and Gas Authority reach its target of a 35% reduction in decommissioning costs by 2022, as precise monitoring data would enable operators to only respond to reported leaks with confidence, and remove the need for unnecessary inspections.

The project has been backed by the OGIC, and was partially created by a Scottish Enterprise-backed initiative known as Grey Matters, a scheme to fund energy start-ups in Scotland that has backed three cohorts’ worth of projects.