The superhero sequel we didn’t know we needed 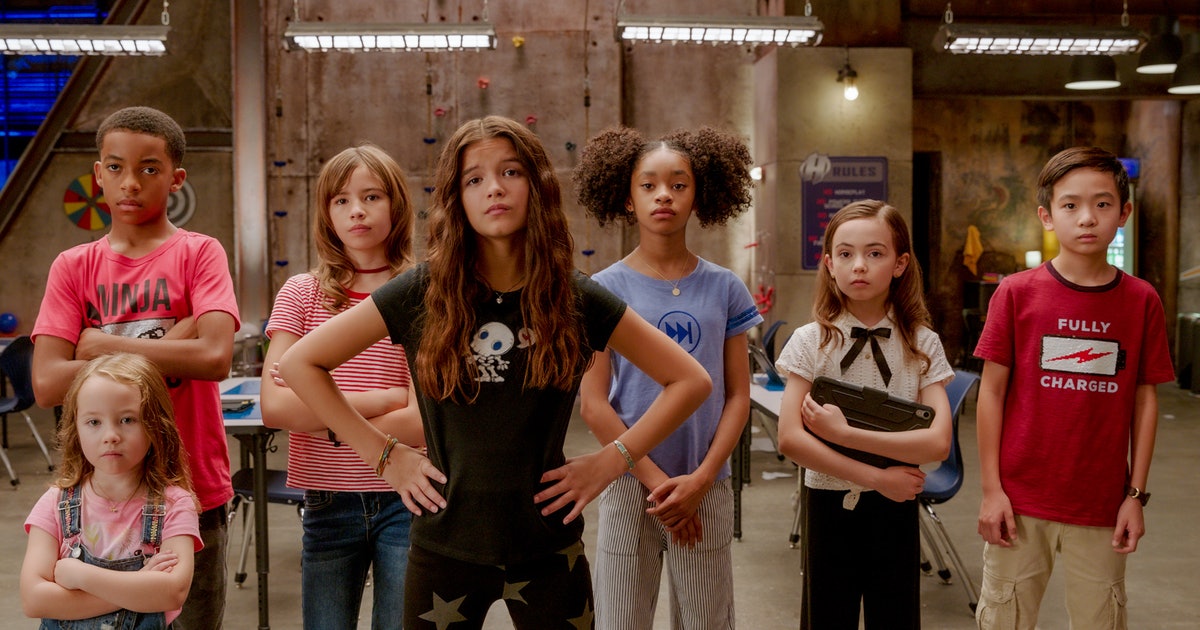 The superhero sequel we didn’t know we needed

No one expected a sequel to 2005’s The Adventures of Sharkboy and Lavagirl, but We Can Be Heroes proves it was a good idea. Robert Rodriguez’s new film creatively expands the world first established in the original movie and upgrades the action sequences and special effects. Rodriguez has clearly mastered balancing kid-friendly fare (who can forget the Spy Kids franchise?) with succinct and important themes, all without foregoing entertainment value.

We Can Be Heroes, out now on Netflix, is loosely inspired by Sharkboy and Lavagirl and set in a world where those imaginary superheroes grow up to become members of an Avengers-style team called the Heroics. However, the two familiar heroes take a backseat, while Marcus Moreno (Pedro Pascal) leads the team.

Widowed and retired, Marcus runs point from the safety of Heroics headquarters — a building that looks like it was modeled after Avengers HQ — and takes care of his daughter Missy (YaYa Gosselin). But when mechanical, squid-looking aliens kidnap all the superheroes and threaten to take over the planet, a superpower-less Missy steps up to lead the next generation and save her dad in the process.

We Can Be Heroes is infused with humor, heart, action, and sprinkled with themes of teamwork and leading by example. Crucially, this comes through with Missy, who doesn’t possess any superhuman abilities like her father or any of the other superhero kids. She’s as “normal” as they come for the daughter of a superhero, but that’s what makes her strong. Missy thinks on her feet and comes up with plans that play to the abilities of her teammates.

However, her role isn’t simply to dictate to her friends but to take risks so as to not put them in jeopardy. While the rest of the superhero squad make good use of their powers under the guidance of Missy and her grandmother (Adriana Barraza), We Can Be Heroes’ message is that you don’t have to have superhuman abilities to be considered a worthy hero. Missy’s contributions to the team are held to high regard despite being initially singled out for not being like everyone else.

What’s more, We Can Be Heroes is aware of what the real-world future generation is up against. Gen Z is inheriting a climate crisis, a post-pandemic world, and a plethora of other issues. While the film doesn’t directly reference these problems, the lesson here is that the children are, indeed, the future and must be prepared to fight for the planet they call home sooner rather than later.

For a kids’ movie, We Can Be Heroes doesn’t pull its punches either. One of the kid superheroes makes a joke about the president not being able to string sentences together during an emergency address to the nation, an obvious critique of Trump and his failed leadership. The adult superheroes also admit their children are more evolved and spend most of the film sitting around waiting for the next generation to save the day. This may be the most searing indictment of the Baby Boomer generation since Meet the Fockers.

Perhaps the biggest plus is that Pascal’s face gets more screen time than The Mandalorian offers, and Priyanka Chopra Jonas seems to be having a blast playing the film’s antagonist, Ms. Granada, snapping at the kids with all the relish of Matilda’s headmistress. Anyone hoping for more time with Sharkboy and Lavagirl might be disappointed, but their daughter Guppy (Vivien Lyra Blair) shares enough of their characteristics to make up for their absence.

We Can Be Heroes is ultimately sweet, fun, and kid-friendly enough without alienating adult viewers. Rodriguez gets creative with the action scenes and utilizes the kids’ powers in ways that make sense for the story. The visuals are colorful and the tone is vibrant. And without the hindrance of 3-D, the film’s special effects are far more stunning to watch.

We Can Be Heroes is streaming now on Netflix.