The State of the Union Depends on One’s Political Party

The State of the Union Depends on One’s Political Party

WASHINGTON, D.C. — Gallup’s recent update on Americans’ satisfaction with 30 aspects of the U.S. finds majorities of Republicans satisfied with 19, while the majority of Democrats are content with just four.

The State of the Union scorecard includes 13 broad features of the nation’s cultural, business and government climates. Of these, majorities of Republicans and Democrats are satisfied with two: the overall quality of life and the opportunity people have to get ahead by working hard. Republicans are satisfied with each of the two aspects to a much greater degree.

Both party groups are also aligned in their low satisfaction with the moral and ethical climate and the size and power of the federal government. They have sharply divergent views on the state of the nation’s economy, the position of women, the position of blacks and other racial minorities, and the way income and wealth are distributed. 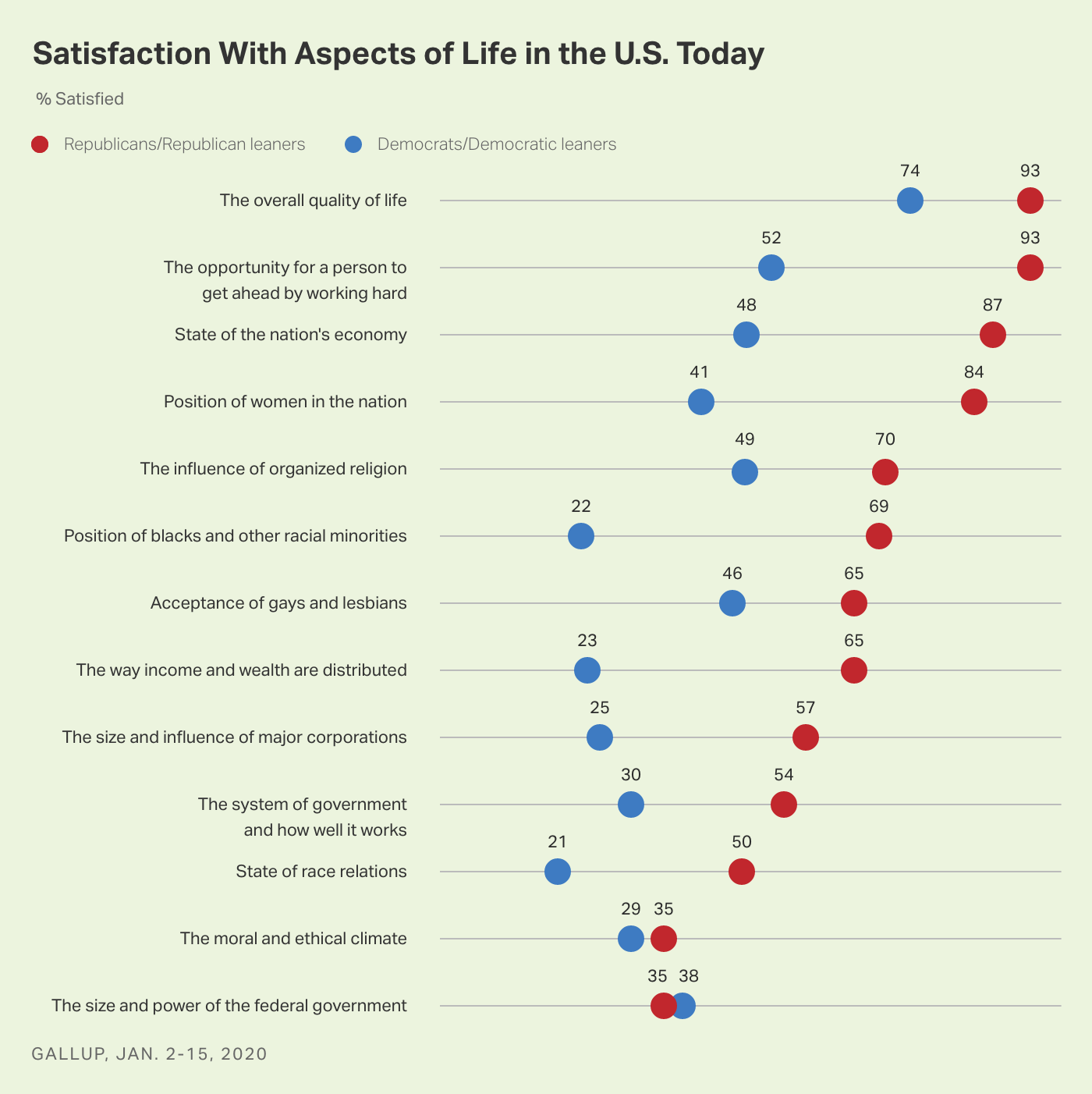 The other 17 areas of the country rated in the Jan. 2-15 survey are mainly policy issues spanning the gamut from military strength to energy policy, gun laws and taxes. While the majority of Republicans are satisfied with conditions in about half of these areas, Democrats concur on just two: the nation’s military strength and security from terrorism.

The lowest-satisfaction items garner low ratings from both party groups, although perhaps for different reasons. For instance, Gallup analysis shows that Republicans dissatisfied with abortion policies want the laws to be stricter, while Democrats who are dissatisfied want them less strict. 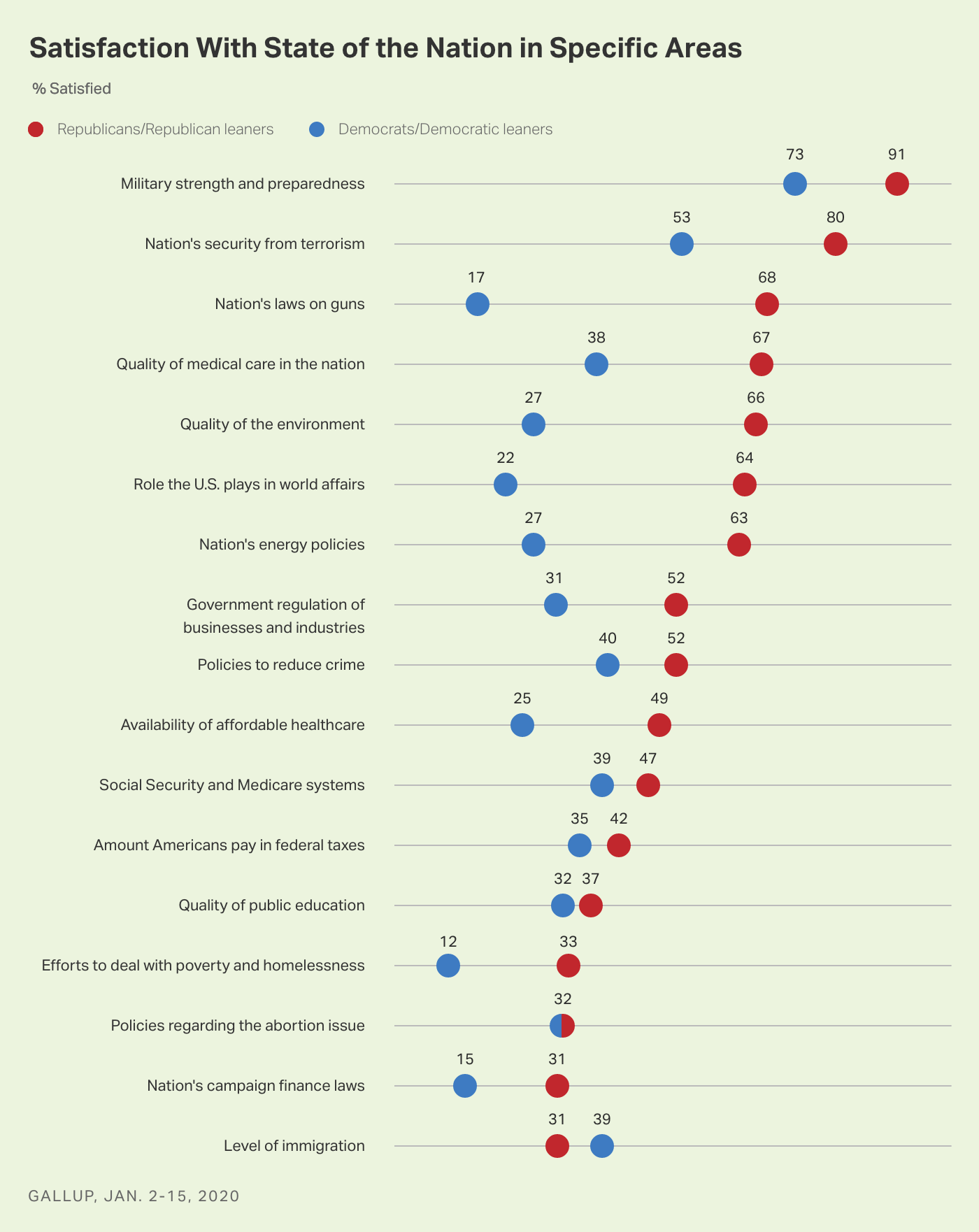 To learn how Americans as a whole rate the country in these specific areas and how the ratings have changed since President Donald Trump took office, read Americans’ Take on the U.S. Is Improved, but Still Mixed.

Learn more about how the Gallup Poll Social Series works.