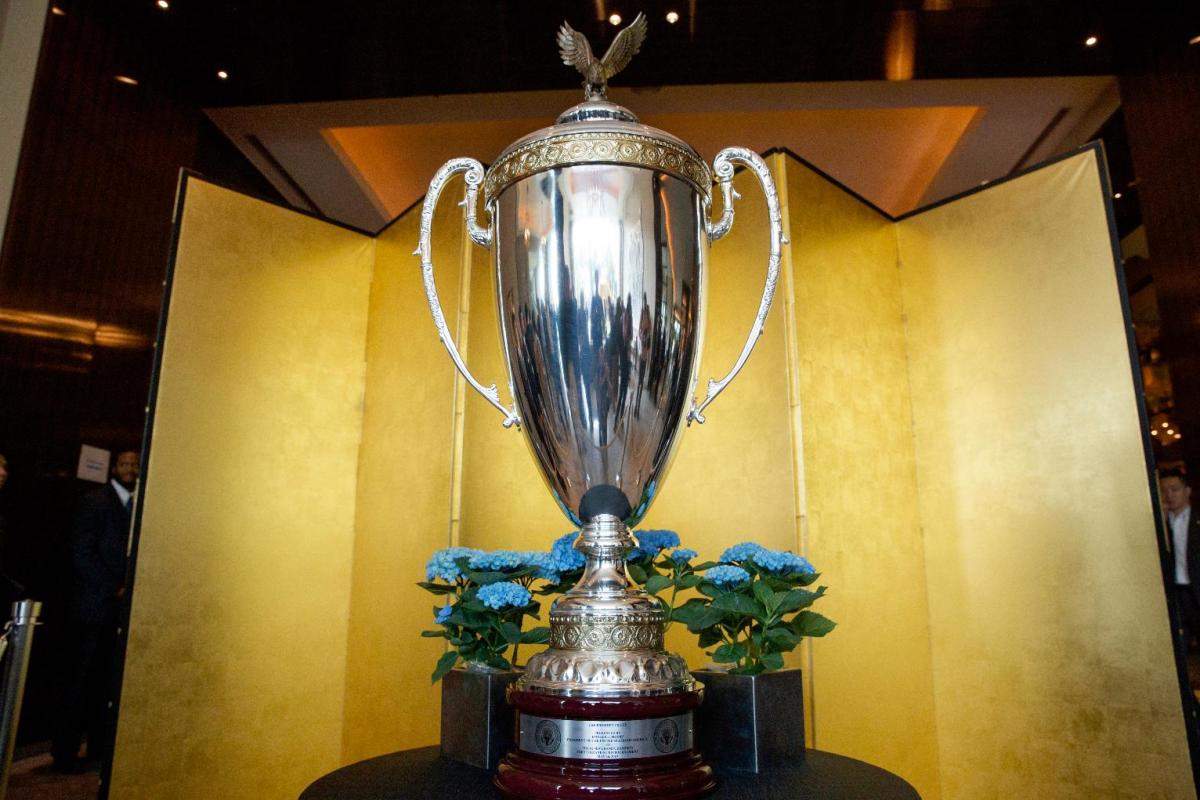 For President Donald Trump, politics never stops — even when he’s on foreign soil.

Trump is tweeting after a golf game with Japanese Prime Minister Shinzo Abe that, “Numerous Japanese officials” told him Sunday that “the Democrats would rather see the United States fail than see me or the Republican Party succeed – Death Wish!”

It’s an unusually political statement coming from a president in the middle of an international trip on the other side of the globe.

Trump is also tweeting that “Great progress” is “being made in our Trade Negotiations with Japan,” though he has said that he doesn’t expect a deal to be reached until after July’s Japanese upper house election.

Trump says: “Much will wait until after their July elections where I anticipate big numbers!”

Japanese Prime Minister Shinzo Abe’s effort to court favor with President Donald Trump included a double cheeseburger — made with U.S. beef, of course — that was served for lunch after golf.

Sunday’s golf outing, their fifth, is part of Abe’s ongoing campaign to stay on Trump’s good side amid trade tensions between their countries.

The Foreign Ministry noted the lunch was “Double Cheeseburger with U.S. beef.”

Abe and Trump played 16 holes and had breakfast together before teeing off.

The ministry said in a statement that “They deepened their friendship amid a cozy atmosphere.”

Later Sunday, Abe will take Trump to watch Japan’s traditional sport of sumo and venture out into downtown Tokyo for a dinner double date with their wives.

The trophy President Donald Trump is set to present to the winner of a premier sumo wrestling championship is on display at a ritzy Tokyo hotel.

“The President’s Cup,” which the White House says weighs between 60 and 70 pounds, is drawing photographers and media to the Tokyo Prince Hotel.

The hefty silver trophy with gold detail work stands on a wooden base and features an eagle with its wings spread perched on top. It’s displayed with blue flowers on a small table in the hotel’s lobby in front of a gold screen backdrop.

The inscription includes a pair of presidential seals and reads: “Presented by Donald J. Trump, President of the United States of America, to the Sumo Grand Champion, Tokyo Grand Sumo Tournament, May 26, 2019.”

Japanese Prime Minister Shinzo Abe drove President Donald Trump around the Mobara Country Club in a golf cart as they met to play another round.

Trump arrived at the course, which is located south of Tokyo, via the Marine One presidential helicopter. Abe had arrived before and emerged from a motorcade of golf carts after Trump arrived. The leaders shared a warm handshake and patted each other’s forearms before they posed for a throng of journalists.

It’s the fifth time the leaders have played golf, part of a continuing charm offense by Abe to stay on Trump’s good side amid trade tensions between their countries.

Golf never seems to be far behind whenever President Donald Trump and Japanese Prime Minister Shinzo Abe get together.

Trump has arrived at Mobara Country Club, south of Tokyo, for a round with the Japanese leader. It’s the fifth time they’ve played together.

The latest outing is part of a continuing charm offense by Abe to stay on Trump’s good side amid trade tensions between their countries.

Later Sunday, Abe will introduce Trump to the ancient sport of sumo wrestling by taking Trump to sit ringside at a championship match. Trump will present his “President’s Cup” trophy to the winner. Trump and Abe also plan to venture into Tokyo for a dinner double date with their wives.

President Donald Trump is tamping down expectations that he’ll make significant headway on trade talks during his trip to Japan.

Fox News White House Correspondent John Roberts tweets that Trump called him Sunday morning in Tokyo and told him that, while he and Prime Minister Shinzo Abe will be discussing trade during meetings Sunday and Monday, Trump intends to wait until after Japan’s July elections to push for a deal.

Trump had told business leaders after arriving in Tokyo Saturday evening that the U.S. and Japan are “hard at work” negotiating a new bilateral trade agreement that he said would benefit both countries.

Trump said that he hopes the new deal will address a trade imbalance, remove barriers to U.S. exports, and ensure fairness and reciprocity in the relationship.

President Donald Trump is downplaying recent North Korean missile tests, tweeting from Tokyo that they’re not a concern for him — even though they are for Japan.

Trump says, “North Korea fired off some small weapons, which disturbed some of my people, and others, but not me.” That message appears to contradict Trump’s national security adviser, John Bolton, who told reporters Saturday the short-range missile tests are a violation of U.N. Security Council resolutions.