‘The Hills are Alive:’ A night of entertainment we long for | Life and Entertainment 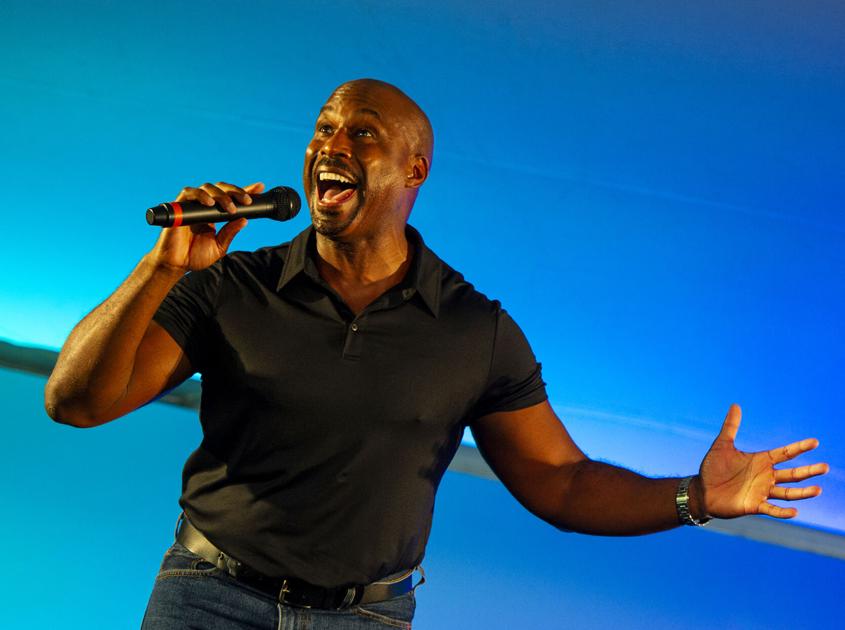 ‘The Hills are Alive:’ A night of entertainment we long for | Life and Entertainment

PITTSFIELD, Mass. — If you are interested in spending a summer evening the way we remember it, take a ride to Pittsfield, Mass. to experience “The Hills Are Alive” at Barrington Stage Company.

What was until recently a simple night of song, is now a luxury.

Sitting under a comfortable tent listening to young, gifted theater artists performing a 70-minute concert featuring some of the best music ever written for the world of theater is now unique instead of being commonplace.

The only negative is that the show closes Saturday, Aug. 29.

Pittsfield is the only place in the country where live professional theater is happening. But the scarcity of live theater is not the only reason to attend ”The Hills Are Alive.”

It’s a night that is enormously relaxing, but it isn’t bland. The team of Richard Rodgers and Oscar Hammerstein created beautiful music that easily survived several decades since they were first written. However, the pair changed musical theater by addressing provocative topics such as racism before it was understood as a systemic problem.

For example, when the petite and adorable Storm Lever finishes “You’ve Got To Be Carefully Taught,” from “South Pacific,” she gives a look into the audience and offers a tonal inflection that makes you realize the young African-American singer is speaking directly to contemporary times.

By the way, Lever is not only a lovely singer, her rendition of “It’s Me,” from “Me & Juliet” is enhanced by her fantastic vamping. Even though her movement is limited because of staging concerns, it makes you crave to see her in a fully-produced show that features dance.

Another contemporary moment comes with “We Kiss In A Shadow” from “The King and I.” At Barrington Stage, director Julianne Boyd, who conceived the work with Musical Director Darren R. Cohen, has the song sung by two men. It is even more touching to think of an era when the song was first heard in an entirely different context in 1951.

That Nicholas Rodriguez and Alan H. Green both find the hurt and love in the lyrics makes the moment a highlight of the show.

The two also have fun with “Don’t Marry Me” from “Flower Drum Song.” Green makes an “Oh no, where do I hide” moment work when he puts on a mask and leads the fully masked and socially distanced audience in what he calls a “Covid Sing-Along” to “Do-Re-Mi.”

Rodriguez has a special moment with “Some Enchanted Evening” from “South Pacific.” It is the musical originally scheduled for a full production this summer at Barrington Stage. Rodriguez was to perform the role of Emile de Becque. He was so good with the song, it created an almost melancholy mood because it reminds you of how much theater we lost this summer.

It is a double hit as the actor scheduled to perform Nellie Forbush in the cancelled production, Alexandre Sibler, is also in this show. She would have been marvelous in the role. Indeed, she was marvelous in “The Hills Are Alive.” Sibler is wonderfully comic in “I Can’t Say No,” from “Oklahoma” and gentle and tender in “Hello Young Lovers.”

She is a unique talent whose personality flows across the stage.

For her to stand out is saying something, because personality-personified Alysha Umphress is also in the show. A Barrington Stage regular, she lights up the stage with her solos “It Might As Well Be Spring” from “State Fair” and Bali Ha’I” from “South Pacific.” She is also a delight in several multi-performer numbers, especially the cleverly staged “I’m Going to Wash That Man Right Outta My Hair” which uses hand sanitizer instead of hair shampoo.

Indeed, in the show, there are a lot of jokes about the current social distancing and safety regulations. One of which is using a red 6-foot piece of wood to emphasize the careful staging in several of the numbers.

However, there is no kidding about audience safety. Temperatures are taken as you enter, you are escorted to your extremely socially distant seat in the half-filled tent which operates at the reduced capacity of 50. And, everyone wears a mask.

It’s all a reminder of the world in which we live. But for 70 minutes, “The Hills Are Alive” transports you to the world for which we all long. Go see it. It will make you feel better.

“The Hills Are Alive” under the tent at Barrington Stage in Pittsfield. Through Aug. 29. For tickets and performance schedule go to barringtonstageco.org