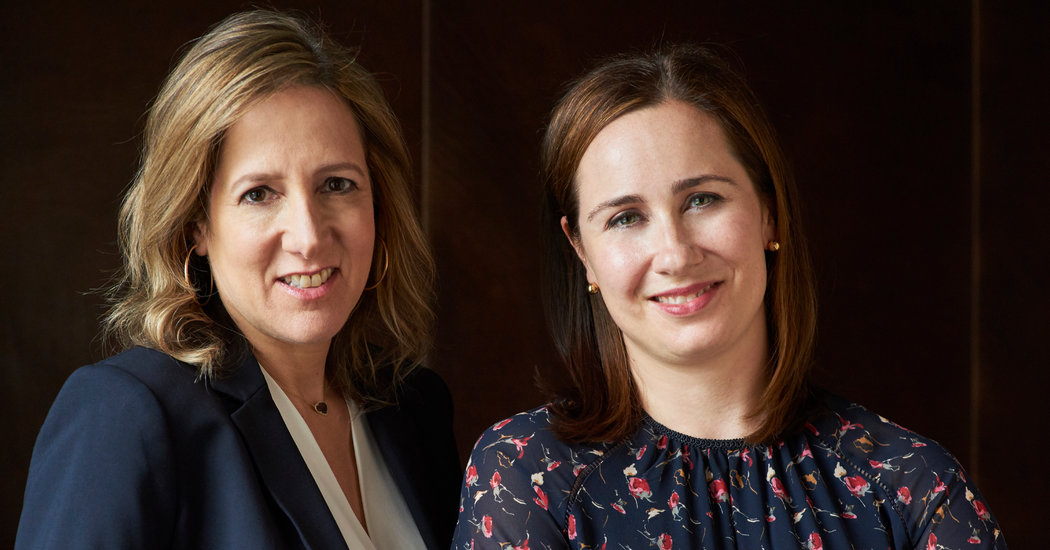 Nearly a year after the fateful Supreme Court confirmation hearings, Christine Blasey Ford and Brett Kavanaugh have become martyrs in separate and hostile galaxies — one for #believeallwomen and the other for those who believe Democrats will use any means necessary to take down good and honorable men. So there is a weird satisfaction in rewinding the story more than 30 years, back to the moment when the two lived in suburban Maryland and coexisted as part of a small social circle of teenagers who hung out at country club pools all summer and whose pressing concern was which parents were out of town for the weekend.

“The Education of Brett Kavanaugh,” by Robin Pogrebin and Kate Kelly, two experienced New York Times reporters who helped cover the confirmation hearings, comes with an expectation of bombshells (the galleys are stamped “EMBARGOED” on every page). And the authors do in fact turn up a few new revelations about the assault accusations against Kavanaugh. But their real work is to smooth out the main story, create a fuller picture of Kavanaugh himself, place him in relation to Blasey Ford and put the minor players in motion, so that the confirmation showdown has a kind of cinematic inevitability.

The book places Blasey Ford in the summer of 1982, when, she later said, Kavanaugh tried to rape her. A rising junior at Holton-Arms school, a tall cheerleader with feathered bangs and saddle shoes, she spent her days with friends at the Columbia Country Club pool exchanging the early ’80s equivalent of the eye-roll emoji (“mange-moi” and “Kill Dick”). Kavanaugh, as we know from his infamously meticulous calendar, spent his time mowing lawns and figuring out which of his Georgetown Prep friends was “popping,” the technical term for holding a party when your parents were out of town.

For most of the book the writers take an omniscient Woodwardian tone, staying careful and balanced and not cluttering up every sentence with newspaper-style sourcing. But I couldn’t help reading a lot into the title. On my own copy I idly scribbled “Mis” before the “Education,” since it’s clear that academic enrichment is not what the authors have in mind. In high school and college and even a little into law school, the main thing they portray Kavanaugh learning is how to expertly blend into the background hum of blasé misogyny and clubby competitive drinking.

The picture that emerges of Kavanaugh as an actual student is admirable if indistinct. He works hard, graduates near or at the top in his class. A college friend recalls him having a neat stack of books and papers he would move through like a machine. A couple of people remember him as special but just as many remember him as “straightforward and uncomplicated” — or, as some college friends put it, “ham on white.” My favorite observation about his college years is: “Along with playing and writing about sports, Kavanaugh enjoyed watching them in his downtime.” Really, that could be anyone. In fact, when he got his big break as a clerk for Judge Alex Kozinski, the law professor who recommended him described him as a “good student” and not a “great one,” but added, “I got to know his character from basketball.”

Where Kavanaugh jumps off the page is in what might euphemistically be called “extracurriculars.” He went to high school with classmates who had private pools and tennis courts and sometimes even private jets. He came of age during the era of “Porky’s” and “Fast Times at Ridgemont High.” That combination of extreme privilege and extreme license, which he seemed to take for granted as a teenager, in retrospect looks lethal. He lived in the athlete bubble and made fun of kids outside it. He was not known as a starter of trouble but as a joiner, signing on to the “100 Keg Club,” riding in the Party Van, singing obnoxious songs about who was a good lay. His friends ran an underground paper called The Unknown Hoya, dispensing helpful tips such as “all it takes to have a good time with any H.H. (Holton Hosebag)” is a Montgomery County library card.

People who knew Kavanaugh said he was nice and well mannered except when he was drinking or hanging out with his friends and showed his “cocky dismissive side.” In his confirmation hearings Kavanaugh bristled at his drinking being characterized as anything other than perfectly normal. And maybe it was perfectly normal by the standards of upper-middle-class white teenagers in the ’80s, but the norm is sometimes worth examining. In Kavanaugh’s case, it encouraged years of proud obnoxious partying, belligerent public behavior and a smugness about being above the rules. As he told a group of students in 2014 recounting his law school years, they had a motto: “What happens on the bus stays on the bus.”

Pogrebin and Kelly spend significant time digging into Blasey Ford’s accusations and also those of Deborah Ramirez, a woman who says Kavanaugh put his penis in her face at a Yale college party. They track down any witnesses and friends willing to talk, comb through legal documents, do their best to find the house where Blasey Ford says the assault took place. They point out critical witnesses that the F.B.I., in its very limited investigation, did not have time to interview. In the end they turn up no smoking gun, no secret confession, no friend who comes forth to say Kavanaugh was lying all this time.

What they do instead is almost too cruel: use his mother’s words against him. In an extremely satisfying epilogue, Pogrebin and Kelly invoke as a guide something Martha Kavanaugh, who was a state prosecutor, would often say at the dinner table: “Use your common sense. What rings true? What rings false?” With this standard they come to a generous but also damning conclusion, which is that Blasey Ford and Ramirez are believable and were in fact mistreated by Kavanaugh as teenagers, but that over the next 35 years he became a better person.

No woman has come forward to say Kavanaugh assaulted her after law school (though an unidentified woman has claimed that in 1998 her daughter witnessed him “very aggressively and sexually” push a friend of the daughter’s whom Kavanaugh was allegedly dating at the time). Many women have said he was a generous mentor and boss. Over half his clerks were women, something he set his mind to after reading a story about the sudden drop in female law clerks. And here and there, Kavanaugh has made decisions that support feminist causes. He has two daughters, and he coaches their teams.

The conclusion Pogrebin and Kelly come to about Kavanaugh is therefore pretty narrow. He was a teenager whose heavy drinking may have led to a bad memory. That’s the working theory. And he grew up to be a man skilled enough at evading questions about his teenage drinking to stop just short of a lie. It’s as small and frustrating a conclusion as we expected. Now we can think it with more confidence.