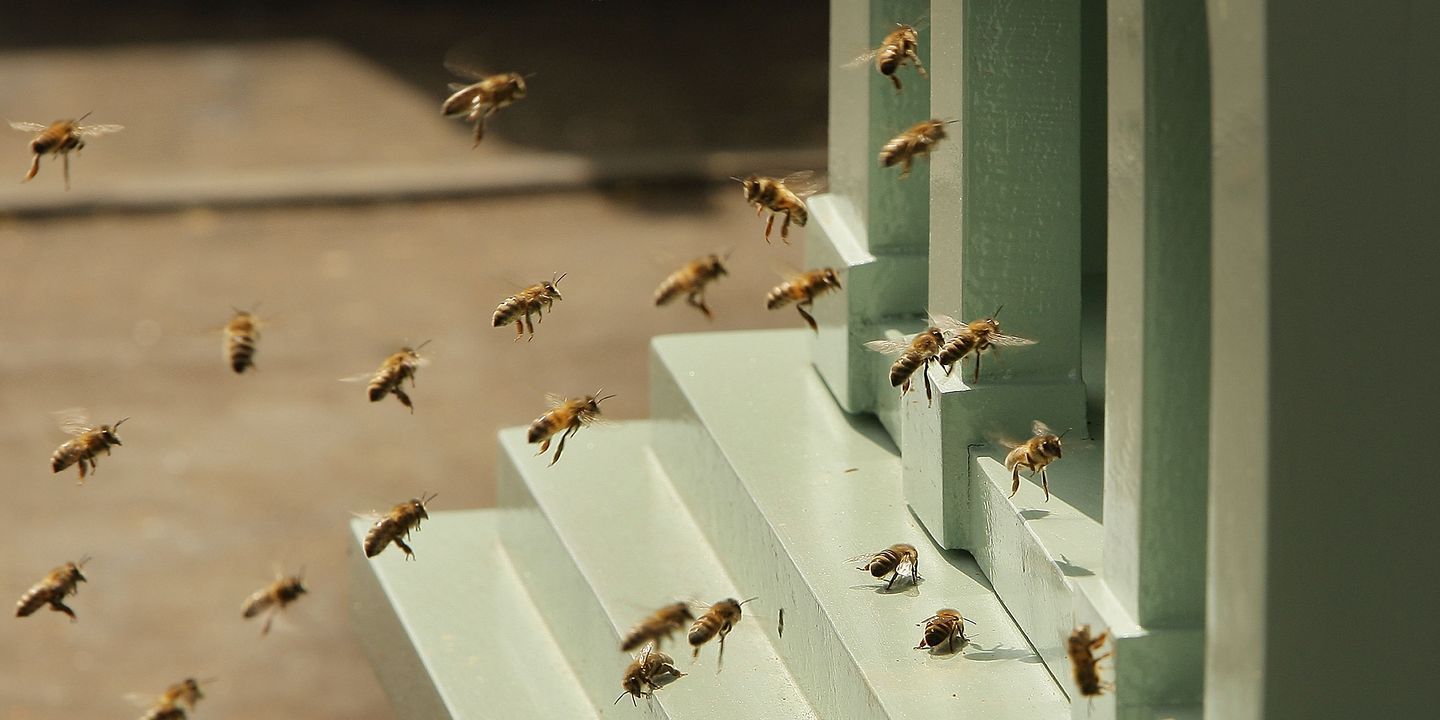 The National Honey Show has quite a pedigree; it has been around for longer than the other NHS. The first took place in 1923 at the Crystal Palace, where it continued to be held until the Palace burnt down and the event moved to Surrey. Running from 22 to 24 October, this year’s event is having to move online for the first time, but is sure to be as popular as ever.

For honey, and particularly urban beekeeping, is all the buzz. Everyone is doing it, including the Ritz, St Ermin’s and Fortnum & Mason, whose five rooftop beehives have bespoke triumphal arches as entrances, from Mughal to Gothic. The department store’s Welsh Black bees have all the bounty of the Royal Parks in which to feed, and their Piccadilly London Honey carries a lengthy waiting list.

It’s not just luxury food emporiums and hotels that are now proudly producing their own honey. Museums (Tate Modern and Tate Britain), palaces (Lambeth and Buckingham; the Queen has been known to gift a jar to the odd visiting dignitary) and even clothing and accessory shops have joined in the trend (Aspinal of London has beehives at its West Sussex headquarters). Reversing the decline of the honey bee is now a crusade taken up not just by earnest hipsters but large corporates as well.

At the National Honey Show, things are taken seriously. There are 250 competitive classes on offer, and awards to be won – not just for regular honey, but also honey beer, honey vinegar, beeswax candles and more. Alongside live demonstrations on themes such as ‘Making Beeswax Wraps’, there’ll be a virtual Trade Hall, a quiz evening and a lively lecture programme: I’m especially looking forward to ‘Long Live the Queen’ – an exploration of the gilded life of the all-important ladies of the hive, rather than an outpouring of patriotic fervour. Of course, the tastings are the great casualty of this year’s online show, but to compensate, I plan to buy a few jars in advance so that I have something to enjoy as I dial in over Zoom. Flavour of the month indeed…