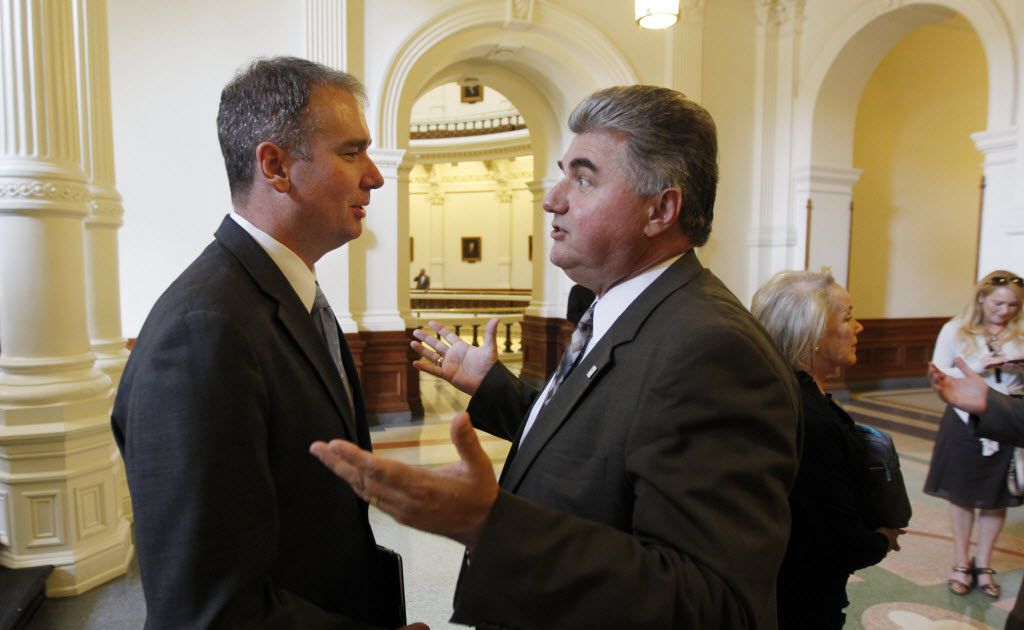 We have developed a dangerous habit in our democracy of treating politics as entertainment, and more like blood sport. We have our teams. There are stars, and winners and losers. We cheer when the other side stumbles. We don’t just want to win; the other side needs to be destroyed.

Plenty of us have become intolerably obnoxious fans, insufferably using any occasion or forum to run down the latest game.

There are even stats to keep track of how your politician is playing — that is, voting. And in Texas politics, for a long time, Michael Quinn Sullivan has been the king stat keeper for the GOP.

Like so many superfans who never actually played the game, Sullivan rates players based on his idea of what matters most. His Empower Texans blog scores them on a scale of 100, and, trust us, the cream does not rise to the top.

What matters most to Sullivan is not that Texans have a functioning government, but that the absolutist vision that he and his financial backers support is embraced by his team.

At long last, and probably too late, GOP leaders in Texas are awakening to the fact that approaching politics in this way is like slowly sipping a tasty poison.

The politics of purity is terrific at stirring the emotions of the base and driving them to the polls at election time. It is absolutely terrible when it comes to actually governing, where complex choices require representatives to work together in ways that shouldn’t satisfy their most extreme constituents.

Now, even Lt. Gov. Dan Patrick — who made his career in the politics-as-entertainment business — appears to have abandoned Sullivan, telling him that he is “destroying our party.”

This comes in the wake of the scandal between Sullivan and House Speaker Dennis Bonnen, wherein Sullivan secretly recorded a meeting with Bonnen where he claims the speaker wanted Sullivan’s help to be rid of certain Republican representatives. We don’t know that’s what happened because Sullivan refuses to release the recording, something even Patrick wants.

Patrick is right about releasing the recording. And he’s right that Sullivan is no good. But he’s wrong about something fundamental. Sullivan is just the instrument here that’s destroying the party.

The real problem is the approach to politics itself. Politics isn’t a sport, but we’re all guilty at some level of treating it that way.

A huge portion of our media — mainly in the cable news and talk radio realm — uses politics as a way to keep people tuned in and tuned up.

Politicians love nothing more than making enemies of the other side, treating them like the rival team that has to be defeated. Into such a world, Michael Quinn Sullivans will take shape — ready to blast us with stats and analysis that distort rather than illuminate the complex work of governing a plural state.

So, yes, Sullivan needs to fade from the scene. The GOP will be better for it over the long term. But going forward, let’s ensure someone just like him doesn’t become a sideline star.

Got an opinion about this issue? Send a letter to the editor, and you just might get published.