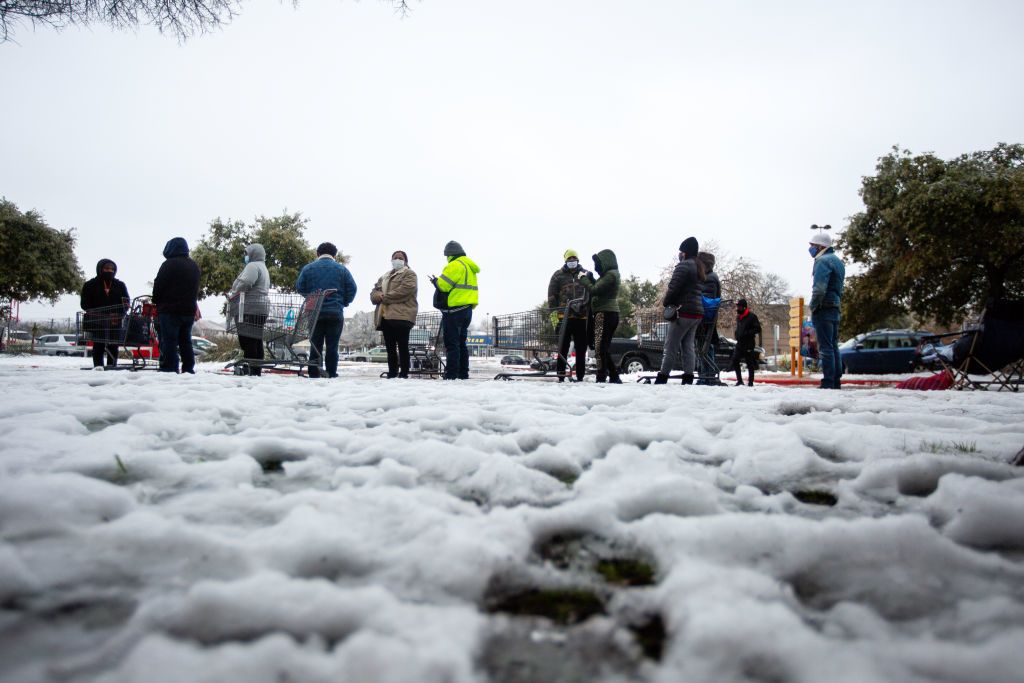 Texas’ junior senator jetted off to a Mexican resort town while his constituents shivered in homes without power or water. An East Texas mayor told voters he was “sick and tired of people looking for a damn handout” and their plight was not the government’s responsibility. Governors from New York to Florida and California are under fire for their handling of the pandemic and vaccine rollout.

The nation may be grappling with crises rooted in nature, but it is politics underpinning the response to the health and safety problems affecting people of all political stripes. While in the past, a hurricane or other devastating event brought communities and the nation together to help neighbors, the current crises are merely exposing America’s deep partisan divides.

“In times of natural disasters, you try to put the politics aside and come together to rally around the flag,” says Eric Stern, professor at the College of Emergency Preparedness, Homeland Security, and Cyber-Security at the University at Albany. But when one studies the response to disasters recently, “you see that the politics is becoming much more cutthroat,” Stern says.

Presidents have been criticized in the past for their disaster responses, such as George W. Bush’s handling of Hurricane Katrina or Donald Trump’s paper towel-throwing display in Puerto Rico that became a metaphor for his attitude toward the hurricane-ravaged U.S. territory. But the recent crises are dividing the populace, as well, along ideological lines, experts say.

“Disaster politics provide a valuable insight into some really important transformations in our politics,” says Dan Hopkins, a University of Pennsylvania political scientist who has written extensively about the politics of disaster response.

“In times of natural disasters, you try to put the politics aside and come together to rally around the flag.”

It used to be that “disasters were more bipartisan. No one would want to be seen as the person to politicize it.” But the content-demanding 24/7 news cycle and a highly charged political environment,” the incentive is the opposite, to be the first person to throw a stone,” he adds.

Nowhere is that more evident right now than in the Lone Star State, where storms and unusual freezing temperatures overwhelmed Texas’ own power grid and left people without basic services. The state’s famed go-it-alone approach has critics complaining that Texas’ grid – unconnected to the national grid – leaves the state vulnerable to storms, while others say that’s just part of what it means to be a proudly independent Texan.

“I think there is a deep commitment to the ideas of small government, low taxes and a light regulatory footprint that is sort of deeply imbued in Texas politics and always has been – whether you’re a Democrat or Republican,” says Cal Jillson, a political science professor at Southern Methodist University.

Texas is very urban but identifies as rural, and the result is that so many things end up dividing Texans along ideological or party lines, says David Thomason, a political science professor at St. Edward’s University. “We’re in this cycle where everything becomes intentionally created to divide. There is a clear distinction between what is the Texas way and what is the outsiders’ way,” adds Thomason, who spoke this week from his home without power or water.

Still, with the crisis – on top of the pandemic crippling much of Texas, the bootstraps argument is growing thin, and state officials are on the defense.

Gov. Greg Abbott used the crisis to blast the – still very theoretical – Green New Deal, saying if America relied on renewable energy, such events would be more common. He later walked back his comments, saying it was gas and coal failures that led to the power outages. Colorado City Mayor Tim Boyd resigned after posting comments to his Facebook page telling “lazy” residents they should fix their own power troubles.

“Only the strong will survive,” Boyd wrote in the now-deleted post.

Republican Sen. Ted Cruz drew ire when he was photographed leaving his traumatized state and heading off to Cancun, Mexico, with his family. After being widely derided for the move, Cruz headed back, noting defensively that his daughters wanted to take a trip with friends during the school closure and, “wanting to be a good dad, I flew down with them last night and am flying back this afternoon.”

And Rick Perry – a former Texas governor and secretary of energy from 2017-19, said in an interview on House Minority Leader Kevin McCarthy’s blog that a few days of powerlessness are worth it to Texans if it means avoiding Washington interference. Texas has its own power grid, losing both the federal regulation and the back-up that comes from being part of one of the two, linked national grids.

“Texans would be without electricity for longer than three days to keep the federal government out of their business,” Perry said on the blog post by McCarthy, California Republican. Perry, too, was denounced by Democrats and on social media for his remarks.

Texas, Jillson says, spends an average of 65% per capita of what other states spend on services for their residents – an approach he said sometimes has people complaining about the quality of schooling or mental health services. But as to declarations that Texans don’t need government help, “those comments come back to bite you, regularly, although usually not quite this spectacularly,” Jillson says.

The pandemic, too, has had a partisan political element to it since the early days, when former President Donald Trump downplayed the danger of the virus, leading his loyalists to call it a “hoax.” In the ensuing year, there have been angry conflicts over state rules closing businesses or requiring the wearing of masks in some places.

As the nation scrambles to get vaccinated, the pandemic continues to be a political issue, with voters angry at the way their governors are handling the pandemic and the vaccine rollout.

Democratic New York Gov. Andrew Cuomo – lauded at the start of the pandemic for his quick response – is now under fire amid disclosures that his administration misled people about how many COVID-19 deaths were happening in nursing homes. Cuomo’s team listed deaths of nursing home residents who actually died in hospitals as hospital deaths instead of long-term care facility deaths.

Angry state senate Democrats are moving to take away some of Cuomo’s pandemic powers in light of the matter.

In California, Democratic Gov. Gavin Newsom is facing a recall effort amid criticism over his more recent handling of the pandemic – such as flubbing a school reopening plan and abruptly lifting stay-at-home orders.

After he was questioned about it by the media, DeSantis issued an apparent threat to complainers.

“If Manatee County doesn’t like us doing this, we are totally fine with putting this in counties that want it,” DeSantis said at a press conference.

Florida is used to disasters – and a governor’s response to a hurricane can boost or damage the official’s re-election chances.

“Emergency management is the ultimate test of government responsiveness,” says Matthew Corrigan, dean of the college of arts and sciences at Jacksonville University. “Debates about the role of government tend to fade away when people are without power or resources.”

Texas remains the epicenter of Disaster America, dealing with the pandemic as well as the power and water crises. That, noted Rep. Ruben Gallegos, Arizona Democrat, should be a wake-up call.

“I hope this will teach Texas politicians to stop dunking on other states when they are going through disasters,” Gallegos tweeted. “All Americans deserve help and empathy from fellow Americans no matter if it is a blue or red state. (I am guilty of this and will be better).”