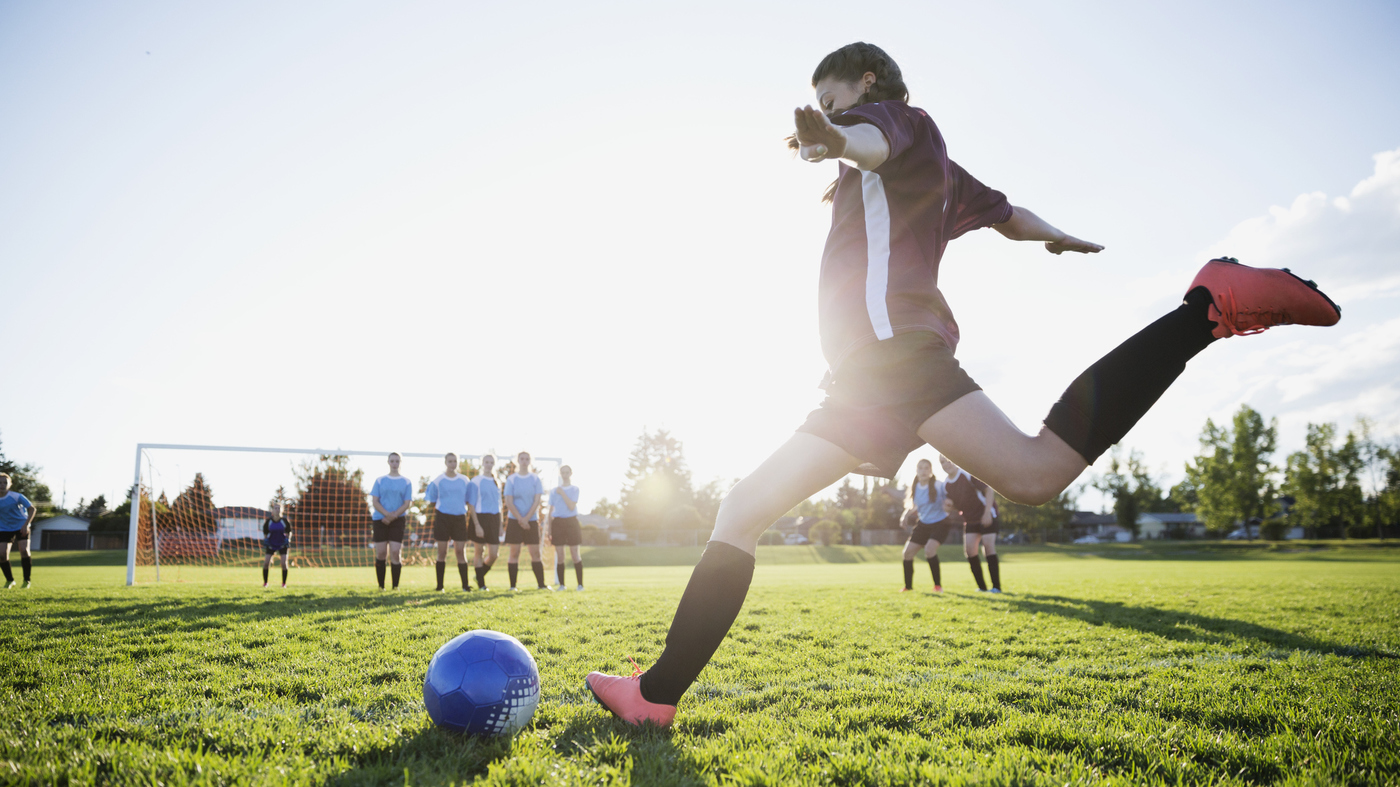 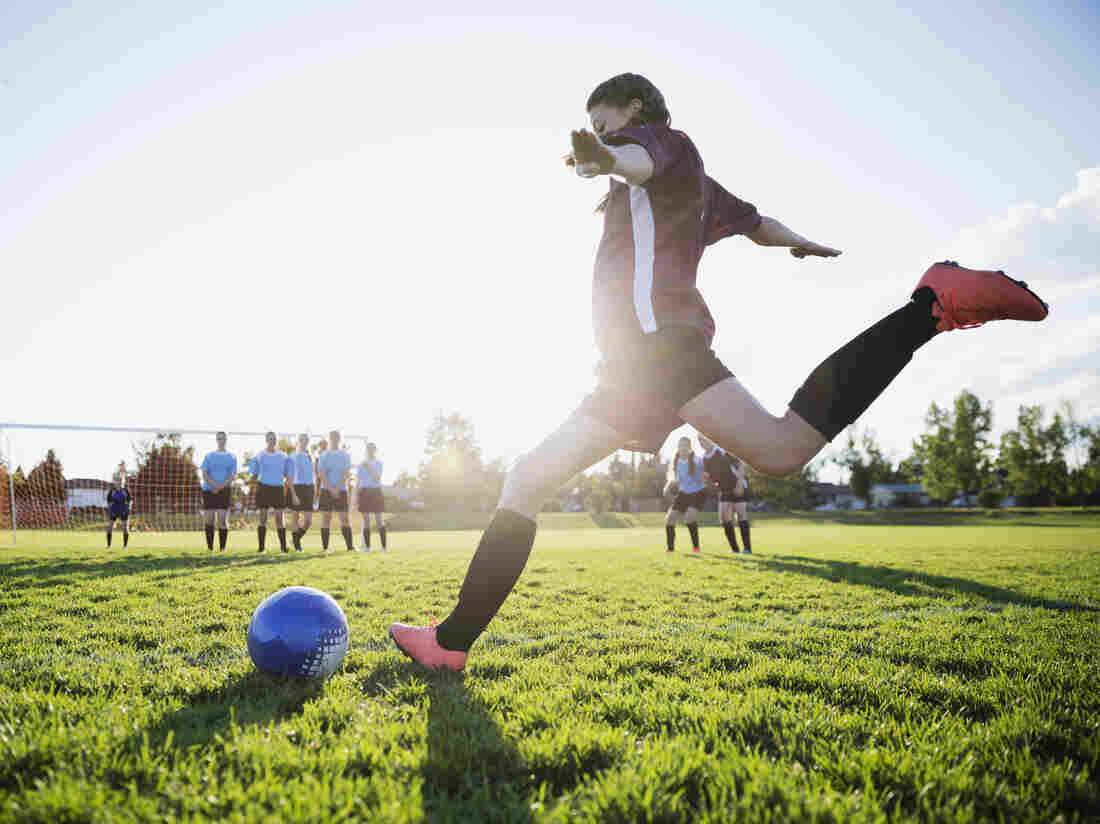 Participation in team sports as a teen may help protect against the long-term mental health effects of childhood trauma. 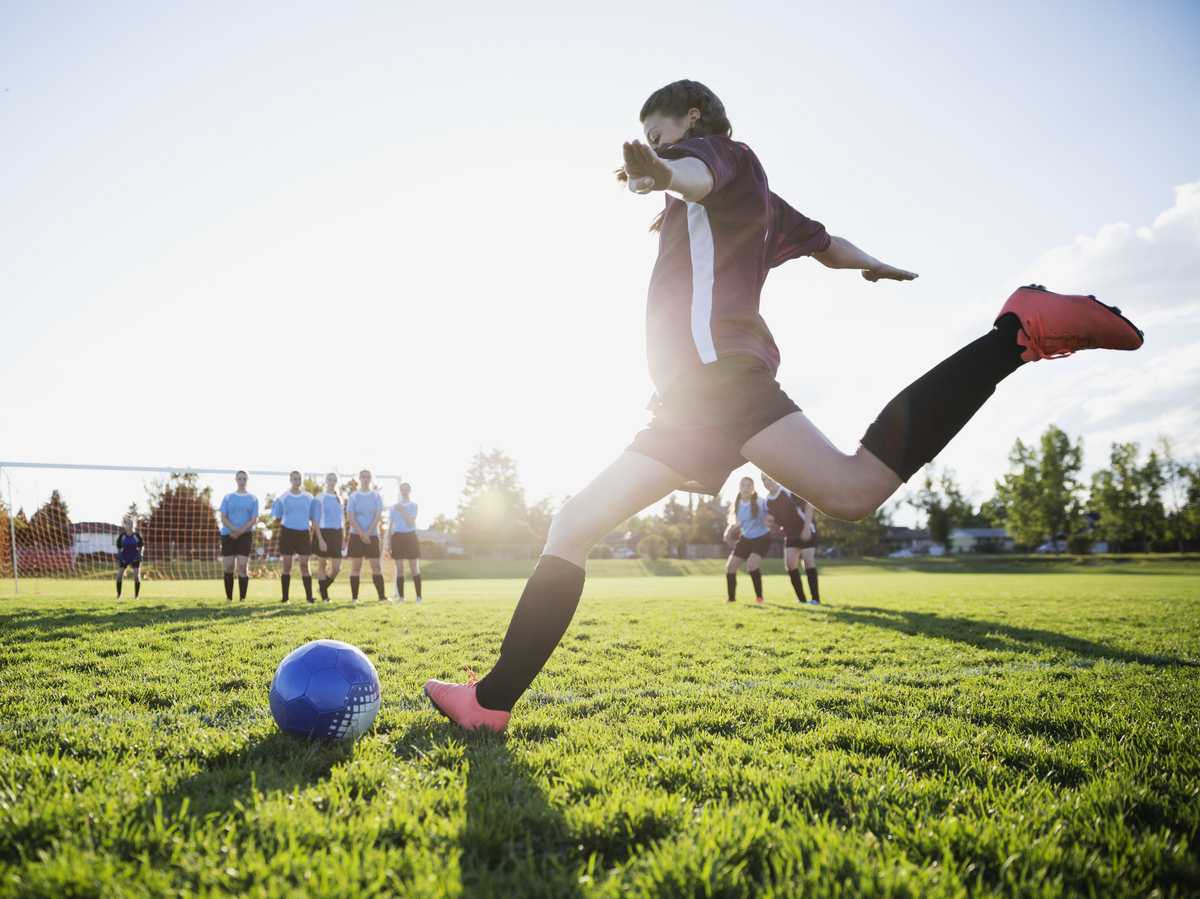 Participation in team sports as a teen may help protect against the long-term mental health effects of childhood trauma.

As a kid, Molly Easterlin loved playing sports. She started soccer at age four, and then in high school, she played tennis and ran track. Sports, Easterlin believes, underlie most of her greatest successes. They taught her discipline and teamwork, helped her make friends and enabled her to navigate the many challenges of growing up.

When Easterlin became a pediatrician, she started seeing a lot of kids suffering from trauma, from physical abuse to emotional neglect. Many of these kids didn’t respond fully to traditional treatment for trauma and depression. Frustrated and searching for answers, Easterlin turned to her own past. “I suspected that sports might have a powerful impact [on kids],” she says.

Easterlin wanted to know: Could sports improve the lives of people with trauma the way they’d improved hers?

Her research, published Tuesday in JAMA Pediatrics, finds that, in short, yes: Participation in team sports as a young person can significantly reduce the long-term likelihood of depression and anxiety for people with childhood trauma. But according to Easterlin and other experts, the growing cost of youth team sports means that they can be off-limits to those who may need them most, kids living in poverty.

In the burgeoning U.S. youth sports industry, many sports now require steep fees for participation, a factor that limits lower-income kids’ ability to participate. This trend, known as “pay to play” sports programming, is allowed in 49 states.

Earlier research has shown that traumatic events in childhood, called adverse childhood experiences (ACEs) by public health researchers, contribute to social and physical problems throughout life, from obesity to chronic depression. ACEs are also common: About 50% of people have had at least one, and the more you have the more likely you are to have long-term health effects.

To analyze how team sports impact the health of people who’ve experienced childhood adversity, Easterlin and her colleagues analyzed data from 9668 teens who participated in the National Longitudinal Study of Adolescent to Adult Health. They honed in on about 5,000 teens who had reported one or more ACEs.

The kids were assessed first in 1994-1995 when they were in 7th-12th grade, and asked whether they participated (or planned to participate) in team sports. Fourteen years later, in 2008, these same people, now adults, were asked whether they had ever received a diagnosis of depression or anxiety. They were also tested for depressive symptoms in case they just hadn’t been diagnosed.

Easterlin found that kids who had participated in team sports were significantly less likely to receive a diagnosis of depression or anxiety, and less likely to test positive for depressive symptoms. The findings were stronger for boys than for girls, but Easterlin says this may be in part because at the time of the initial data collection — 1994 — girls’ sports were less well-funded and supported than they are today.

Easterlin and her colleagues also looked at participation in non-athletic school clubs, like drama and orchestra. These groups did not protect kids with ACEs against depression and anxiety the way that sports did in her study. That doesn’t mean these activities definitely aren’t helping, she says, but they didn’t capture an effect in their research.

The study also doesn’t pinpoint exactly why sports may help, but Easterlin thinks teamwork may be a key.

“There may be something powerful about that team environment [in sports], where you’re in competition, being coached in a certain way and interacting with your teammates towards a common goal,” she says.

Christina Bethell, a professor at the Bloomberg School of Public Health at Johns Hopkins University with a focus on child well-being and adversity, says the study is a useful contribution to the study of ACEs. Bethell was not involved in the research. “Protective factors [for kids with trauma] are important to identify,” she says. “Sports is one such factor.”

But, she says, it’s important to consider additional factors when examining resilience, like emotional connection with relatives and a sense of safety and support. These “family factors” may increase a person’s overall well-being, in addition to their ability to participate in sports. So sports might not be the sole cause of the protective effect. However, exercise is healthy regardless and “is clearly a priority” for developing kids, so we should be encouraging it anyway, she says.

Bethell also notes that the study did not distinguish between kids with one ACE from kids with multiple ACEs: for kids with more ACEs, she thinks the effect of team sports likely would have been even more powerful.

Amanda Paluch, a postdoctoral fellow at Northwestern University’s Feinberg School of Medicine, highlights the study’s novelty and potential impact. “In terms of a longitudinal study, this [association] has not been looked at much at all,” says Paluch, who wrote the study’s associated editorial.

But, she says, “It is frustrating to think that those who may need [sports] most are less likely to have access to [them].”

Though ACEs occur across income levels, kids raised in low-income families are more likely to have more of them. Additionally, adolescents who experienced childhood trauma were more likely to have parents with lower educational attainment and to live in single-parent households, both factors associated with low income.

Less money, increasingly, has meant reduced access to sports and physical activity in the U.S. According to a 2018 report by the Aspen Institute, kids from families with household incomes less than $50,000 a year have reduced their sports participation over the last decade, while white kids from wealthier households have increased participation. Kids from lower income brackets participate in team sports at half the rate of their wealthier peers.

To address this lack of access, Petruch and Easterlin say, policymakers and child health advocates should find ways to boost sports participation for kids, particularly those most at risk of childhood trauma. About half of American kids report some kind of ACE; conversely, depression is the leading cause of disability worldwide, often contributing to other diseases both physical and mental.

With so many potential benefactors, Petruch points out, why not increase access to a treatment that’s fun, low-cost and ultimately far less painful than many other kinds of interventions?

“[Team sports] could be a low-hanging fruit to address mental health outcomes,” she says. “Something that is so enjoyable…could be an important part of every kids’ life.”

Susie Neilson is an intern on NPR’s Science Desk. Find her on Twitter at @susieneilson.