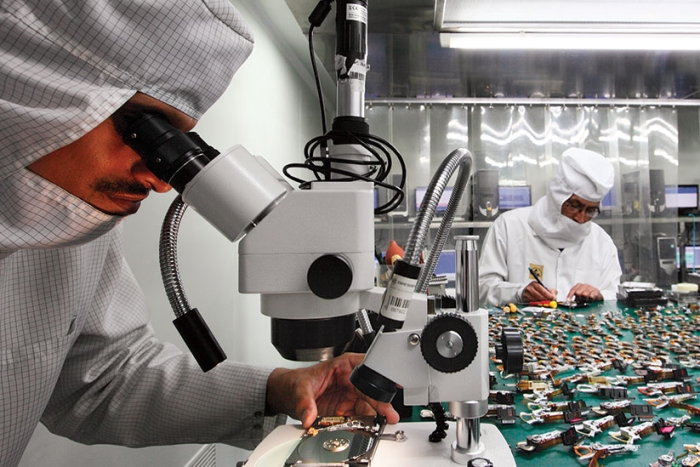 This essay emerged out of a lengthy debate that went on for two days with one of my pivotal mentors who had read my earlier essay on whether India could learn to be a Great Power.

We discussed at length why Great Powers really became ‘great’, how the rise of ‘superpowers’ (the United States and the erstwhile Soviet Union) after the second world war impacted the Great Power theory, and, most importantly, the role of technology as a definitive tool in the make or break of Great Powers.

The impact of technology was noted by the British historian Paul Kennedy in his magnum opus The Rise and Fall of the Great Powers (1988), where he noted that, “The relative strengths of the leading nations in world affairs never remain constant, principally because of the uneven rate of growth among different societies and of technological and organizational breakthroughs which bring a greater advantage to one society than to another.”

What kind of technological breakthroughs make a difference? Kennedy notes the arrival of the long-range gunned sailing ship and transatlantic trade which benefitted some European powers more than others in the 1500s.

Then, in the 1960s, the U.S. defence department funded the Advanced Research Projects Agency (Arpa) that created an interconnected network of government and non-government (including academic) departments which was an early avatar of what became the Internet.

It is easy to see that the countries that benefitted most from such technological advancement went onto not only grow their economic and military might but did so exponentially enough to be considered great, or even super powers.

Technology is at the heart of the debate between America and China today. Where once China was seen as a low tech, mass (as opposed to top end) backroom at best, its companies now compete at the highest levels of artificial intelligence and machine learning.

In fact, all global lists of the top tech companies in the world are dominated by, overwhelmingly, American companies, followed by Chinese, and firms from places like Israel bringing up the rear.

So, the question is can India hope to rise exponentially without building a giant, industry defining tech company of global scale? Can it use the power of its data, marry it to its considerable financial technology prowess and deliver a product, or products, that stand out compared to global competition?

The answer is probably no. So, what (and where) are India’s chances in building such technology? What should be the clear, actionable goals?

The first is a consistent focus on measuring innovation in India. In the Global Innovation Index, developed by INSEAD, Cornell University and the World Intellectual Property Organisation, India rose to the 52nd spot in 2019 (in the last two years, its position has improved by eight ranks).

Can India break into the top ten in the Global Innovation Index list? Such a goal as a stated national target would be a suitably serious expression of the country’s power ambition.

The second is a national strategy on what to do with data. Thanks to the JAM (Jan Dhan-Aadhaar-Mobile) trinity of bank accounts linked to social identity number and mobile phones, and powered by more than 400 million smartphone users. India has one of the biggest, and most diverse, data-generating populations in the world. The strategic use of this data could help India create platforms and products that could, and would, be adopted around the world.