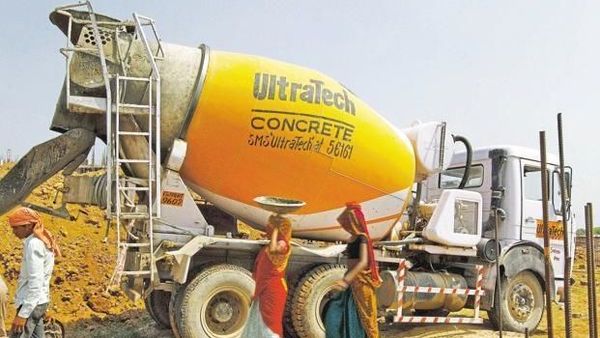 Mumbai: Mint brings you your dose of the top deals news, reported from newsrooms across the country

IT services firm Tech Mahindra Ltd (Tech M) has acquired BORN Group, a New York-based digital content and production agency, for $95 million in an all-cash deal, Mint reported. The firm is owned by private equity firm True North and Zodius Capital. True North acquired a controlling stake in the firm in 2011, when it was known as Group FMG. BORN’s services include consulting, content creation, maintenance and hosting services, digital and social marketing, among others. It has clients such as Google, Tata, Red Bull and TAG Heuer. In 2012, Group FMG acquired New York-based creative digital agency Pod1 Inc. It rebranded itself as BORN Group in 2014. BORN recorded a revenue of $50 million in 2018, up from $39 million and $36 million in the preceding two years. Tech M will buy BORN’s India unit, while Tech Mahindra Pte, the IT firm’s Singapore arm, will takeover other entities. While the enterprise value of BORN has been pegged at $95 million, the deal also includes a future payout of $25 million linked to achievement of financial targets for the year to December.

Adani Properties wants the deadline for closing its proposed acquisition of Bidvest’s stake in GVK-controlled Mumbai International Airport to be extended by three months to February 2020, The Economic Times reported. The company is willing to deposit the entire amount in a no-lien bank account if the transaction deadline is postponed to February 7 from November 7, Darius Khambata, senior counsel for Adani Properties, said in the Bombay high court on Tuesday. Bidvest agreed in April to sell its stake to Adani Properties by September 30 for ₹1,235 crore. Adani Properties approached the court to restrain Bidvest from selling its stake to any other party. GVK had exercised its right of first refusal to buy Bidvest’s holding. The Gautam Adani-controlled company is also seeking the court’s intervention to appoint Bidvest as the ‘constructive trustee’ to make sure that GVK and the AAI abide by the right of first refusal to sell their stakes to them. After GVK delayed its payment, Bidvest approached the Delhi HC and was allowed to move an arbitration tribunal, which gave GVK until October-end to make the payment.

Singapore’s Temasek is teaming up with Swedish private equity group EQT to launch a new renewable energy platform for India that will build wind and solar farms ground up and acquire assets to bulk up, The Economic Times reported citing people aware of the development. A group of four senior executives from ReNew Power, led by chief executive officer Parag Sharma, is leaving their current organisation to lead this new platform as the operating management team. The two sponsors have promised an initial equity commitment of $500 million as the seed capital. On the back of that, the company will be raising leverage two to three times to fund both greenfield and brownfield ground-mounted projects in wind and solar electricity. The focus will also be on presence across the value chain and hybrids, battery storage and other frontier clean-energy initiatives. A formal announcement is expected in a month. EQT, the second-largest buyout group in Europe, had tied up with Singapore’s sovereign investment company in 2017 to scout for opportunities in Asia. This will be its first investment in the country. The initial capital commitment is expected to help the platform scale up to 3 GW (3,000 MW) of capacity over the next five years. To begin with, the idea is to bid for large central government auctions of NTPC and Solar Energy Corporation (SECI).

India’s largest cement maker UltraTech is looking to exit its six-lakh tonne cement facility in Bangladesh, along with its plan to divest non-core assets in China, the UAE and Europe to reduce net leverage, The Economic Times reported. UltraTech had inherited assets in the three geographies through its acquisition of Binani Cement in 2018 and has been working since to sell off these assets. It will now also be looking to exit its grinding unit in Bangladesh. The Bangladeshi unit is a part of Dubai’s ETA Star Cement in which UltraTech had acquired a majority stake in 2010 for $380 million ( ₹1,754 crore). The company’s net debt stood at ₹20,619 crore at the end of the September quarter. A research report by Investec has outlined that Binani’s overseas assets amount to ₹1,037 crore and have liabilities worth ₹489 crore. Ultra-Tech also announced capex worth ₹940 crore to augment capacities in the east — in Bihar and West Bengal by 0.6 million tonne each, and a new 2.2-million-tonne grinding unit in Odisha. The plants will be commissioned between January and March in 2021.

Kolkata-based Haldia Petrochemicals has filed a fresh bid for the oil refinery of Nagarjuna Oil in Tamil Nadu’s Cuddalore district, a coastal plant facing liquidation that may be turned around into a large petrochemical complex and refinery should creditors agree to the bid in a meeting slated for December, The Economic Times reported. Adani Ports, also interested in the 2,185-acre property, has not filed a bid but the Karan Adani-led unit was watching the Haldia offer closely. The offer from Haldia, submitted on October 10, will soon be deliberated on by the lenders committee with dues, including interests, exceeding ₹9,800 crore.

Troubled-CG Power & Industrial Solutions (CG) plans to raise about ₹800 crore through an equity issue to tackle the liquidity crisis that it is facing, The Economic Times reported citing two sources involved with the development. The firm would offer equity or quasi-equity instruments to institutional investors, existing and new, in the next few months. This is an “interim solutions” for the loss-making company that is struggling with a huge debt and trying to clean up its management after an alleged fraud came to light. The firm has hired Kotak Institutional Equities as its investment banker, and is likely to look at all the different options right now, including qualified institutional placement or a preferential placement, but it will definitely be an equity-linked issue. CG is faced with alleged financial irregularities that may have led to the company losing ₹3,000 crore. CG has appointed Ashish Kumar Guha as chairman of the board of directors, and set up a Special Situation Committee (SSC) to resolve the issues faced by the company. The board is engaging with its lenders to resolve the debt issue faced by the cashstrapped company.