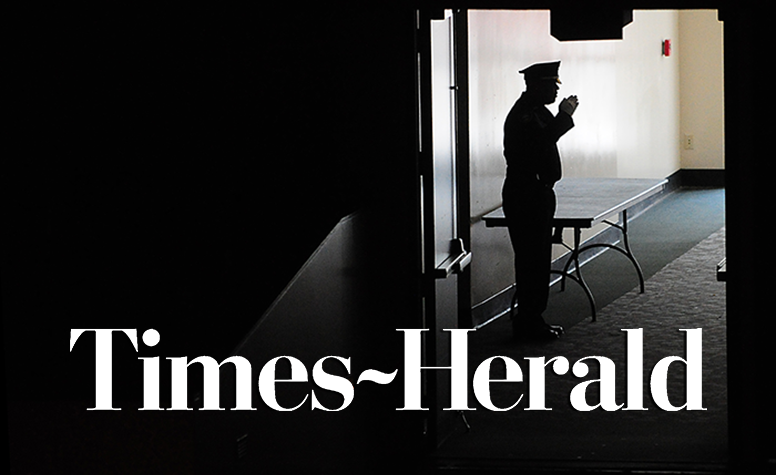 Regarding the March 27 letter by Suzanne Kleinman:

You are vastly underestimating the scope of this pandemic.

Iran is digging mass graves. Spain is using ice skating rinks as supplementary morgues. New York is out of morgue space already, and cases are still climbing. Do you think the relatives of these dead would carry on life as usual, if only the world were not shortsighted enough to close the malls? The small business will open again when the virus becomes less active, unless we spread it everywhere and the small business owner dies from the disease.

Your recommendations are based on false premises. The first and second, that unless one feels sick or is running a temperature they should carry on is completely wrong — this virus is passed to others before the infected person feels sick or runs a temperature.

Taking temperatures at point of entry is wrong, again, because unlike a cold or the flu, by the time one gets a temperature, or indeed feels ill, one has been infecting innocent, vulnerable people around them for days.

As far as everyone wearing face masks, how are you going to get them when our medical facilities can’t? There are simply not enough, especially effective ones. The fabric homemade ones are not effective. You have to start with better than 600 thread-count fabric, for one thing, and as soon as they get moist from your breath they are useless. Not to mention, the doctors and nurses falling down on the job with the virus were wearing masks, gowns, gloves and face shields, have far greater training on how to protect themselves, and still are getting (and dying from) COVID-19.

People who test positive should be allowed to choose their therapy? There isn’t one yet. The possible ones have yet to be tested, have nasty side effects, and the patient would have no way of knowing if the risk and cost outweighs the benefits. There is already a shortage now of some of the ones that have been mentioned. Where will they get it? Who will pay for it?

People who test positive should be allowed to return to work with other infected people? How are you going to restructure a small office or a factory to segregate the infected people? How are you going to protect the Starbucks barista that made their coffee, the janitor cleaning the office, the security guard that waved them in, the next person in line for the gas pump, the grocery store they stop off at, the waiter they pay or any of the myriad of people they pass or interact with in an average day? And those whose job is interacting with the public? How do you segregate someone who owns the local deli whose job is to make sandwiches?

Here’s the scope you are not getting: 30,000 dying from the flu will seem like a drop in the bucket. So far, per Johns Hopkins 1.4 million people worldwide have the virus, and 81,103 have died. The infection rate is still rising exponentially everywhere but China, which means each day more are diagnosed than the day before. A Harvard epidemiologist estimates that 40-70 percent of the population will be infected this year. Take the lower number, and 20 percent of those will have severe disease. That’s 300 million people times 40 percent times 20 percent, or 24 million people having severe disease and more than 5 million dying. Some flu, huh?

We don’t have enough ventilators in this country. Nor do we have hospital space or doctors, nurses and respiratory techs to treat all those at once. They are already graduating students early and pulling docs out of retirement. They don’t do that for the flu. This is why flattening the curve is so important. Which means isolation to slow down how many people get the disease at the same time. We simply cannot treat 24 million people at the same time. Not to mention, if that ventilator is in use for a virus patient, there isn’t one for a heart attack patient or someone who needs surgery.

You you seem to callously say people are going to die. Yes, they will. But there will be hundreds of thousands of more deaths under your scenario, because they will die simply because the devices they needed to live were in use by someone else. Survival from being ventilated for this is 40 percent, but only if a ventilator is available. There are people who would have lived, if only there were enough ventilators to keep them alive while they recovered. Are you volunteering that if you or a loved one get it and have severe disease you would be happy to forego a hospital bed and ventilator in order to have your favorite boutique open again this week? It is the difference between 5 million dying and 9 million dying.

We could stop this in two weeks if martial law is declared and no one allowed to leave their house for any reason. That is how China did it, and it worked. America will not do that. Shelter in place is the closest they will come.

This is not the flu. This is something on a scale we have not seen before and are totally unprepared to face, despite the experts who have been warning us for years it was inevitable. The illness is what is shutting down the economy. The officials are trying to limit the damage the only way they can — containment. Businesses can be rebuilt. People who died from a massive shortage of resources? Not so much.