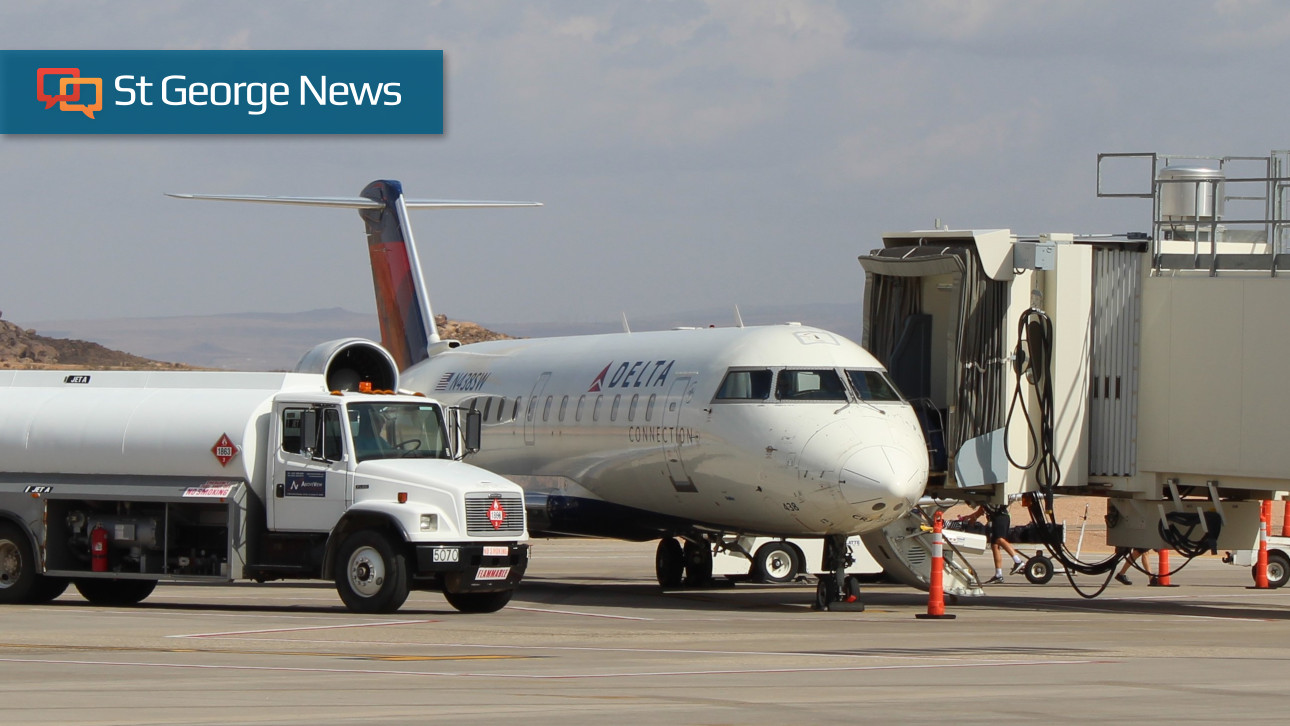 ST. GEORGE — Despite a downturn in the number of flights landing and leaving from St. George Regional Airport, the facility continues to receive federal grant funding.

Before COVID-19 swept over the country, Southern Utah’s regional airport fielded 26-28 flights daily. Although the number these days is down to 8-10, the drop hasn’t tempered the enthusiasm of Airport Manager Richard Stehmeier, who said he is optimistic about a future resurgence of air travel and thankful for continued federal support.

On June 30, United States Secretary of Transportation Elaine L. Chao announced the award of nearly $800 million in airport safety and infrastructure grants to 46 states, Guam, the Northern Mariana Islands, Puerto Rico and the Marshall Islands through the U.S. Federal Aviation Administration as part of the Airport Improvement Program and federal CARES Act.

St. George’s slice of the financial pie is slightly more than $772,000, which will help pay to develop a new airport master plan.

Having a current master plan is an FAA requirement, Stehmeier said, but it is also a valuable planning tool.

This project will allow for future development at the airport, designed to be beneficial for the airline tenants, he added. It will define the location of future hangars and economic development inside and around the airport.

“The plan will basically handle development for the entire airport,” Stehmeier said. “This will also include some areas outside the airport and possible expansion.”

Once the master plan is finalized, it will allow the airport to apply for FAA funding through normal mechanisms to pay for projects identified.

Although a master plan is updated every five to 10 years, the regional airport has never really had one developed, Stehmeier said. Instead of a master plan, the airport was designed and developed through an Airport Layout Plan.

“Here we are about 10 years open as an airport, and we’re starting to have a larger commercial interest,” he added. “There was really never anything designated for that. What we have to do is a master plan for that to happen.”

Stehmeier said the master plan will help the airport grow in an “efficient and organized manner.”

“It will really move us into the future.”

New York-based McFarland-Johnson Inc. has been awarded the contract for the year-long process to develop the master plan. At both the beginning and completion of the project, there will be public meetings held prior to a City Council vote, Stehmeier said.

The latest funding from the FAA comes on the heels of the April announcement by the Department of Transportation of the award of approximately $10 billion in commercial and general aviation grant funding to airports across the country from CARES legislation including more than 30 airports in Utah.

St. George regional can apply up to $4.3 million in grants from this first round of federal funding to offset spending, as previously reported by St. George News.

The funds are available for airport capital expenditures, airport operating expenses — including payroll and utilities — and airport debt payments.

To take advantage of the $4.3 million, airport officials anticipate putting in reimbursement requests on expenditures once a quarter for the next four years.

The federal funding “definitely” is a shot in the arm, Stehmeier said.

“Although our expenses have stayed about 90% of what we normally spend, our income dropped by about 90%,” he added. “The CARES funding will help the airport stay solvent and should put us in a decent financial position when the grant funding runs out.”

David Louis is a native of…well, everywhere. It’s hard to nail down a hometown for David, because when he was growing up, his father wanted to move somewhere else every two or three years. Since 1986, his primary residence has been Las Vegas, where he graduated from the University of Nevada. David has been a journalist collectively for more than 10 years, but as a jack-of-all-trades, he has also been a restaurant manager, warehouse foreman for a piping company, K-8 teacher and limousine driver. Along with a past life as a musician, David enjoys traveling on Amtrak – it’s all about the journey and not about the destination – cooking and painting. His greatest joys in life are his family, too numerous to list, and his cat Maxine.