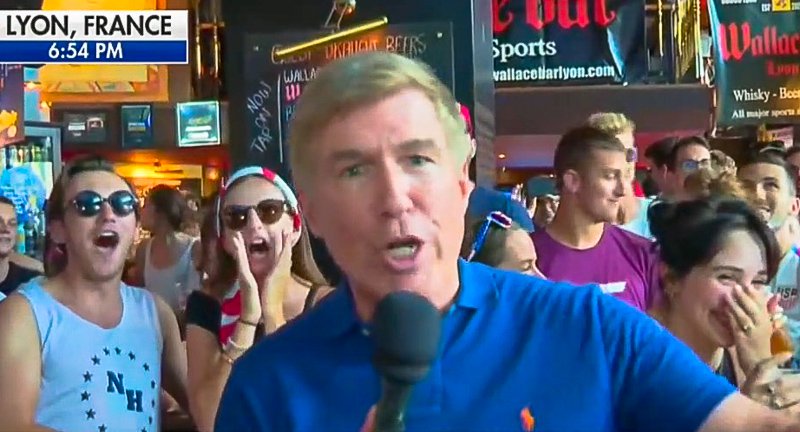 World Cup viewers at a bar in Lyon, France on Sunday marred a Fox News segment by chanting profanities at President Donald Trump.

As correspondent Greg Palkot began his report, the establishment’s bartender prompted a chorus of chants.

“Fuck Trump!” the bar began to yell in unison.

“We were going to be outside,” Palkot explained. “We were going to be looking at a screen with the football game. But in fact it was cancelled by officials because they were worried about security measures. The American fans came over to this sports bar.”

“It’s been a crazy time,” the veteran war reporter added.

Watch the video below from Fox News.