South Korean Dies After Self-Immolation at Japanese Embassy in Seoul 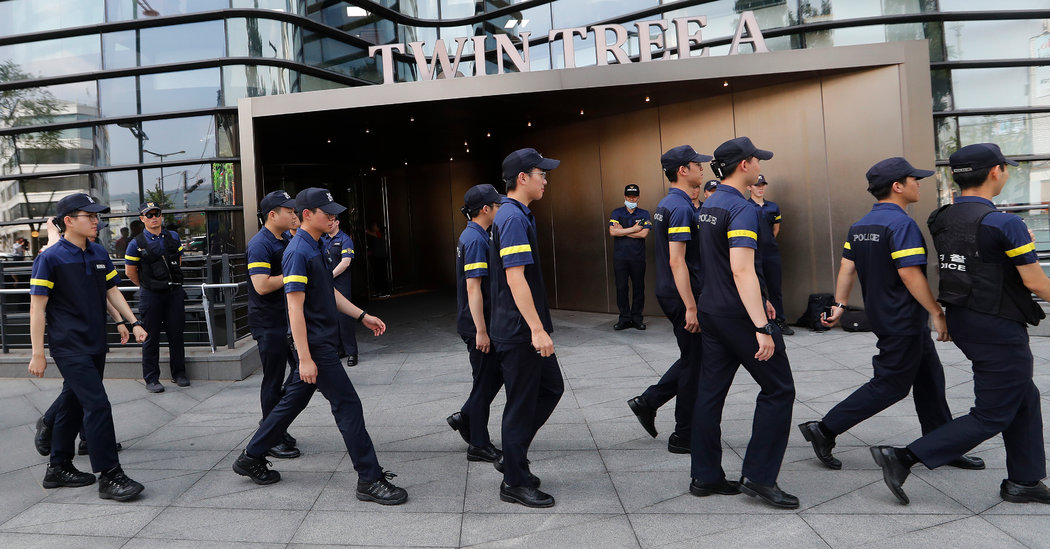 South Korean Dies After Self-Immolation at Japanese Embassy in Seoul

SEOUL, South Korea — A man set himself on fire in front of the Japanese Embassy in Seoul, South Korea, on Friday amid escalating tensions between the two countries over Tokyo’s move to impose trade restrictions. He died in a hospital hours later.

The man, identified by the police only as a South Korean in his 70s, parked his car near the glass and steel office tower that houses the Japanese Embassy in the center of the capital and set himself on fire inside the vehicle around 3:30 a.m., the police said.

Police officers guarding the building and firefighters put out the blaze in 10 minutes. Before the man died, the police refused to reveal his condition, except to say that he had suffered burns, was hospitalized and was unable to answer questions.

Inside the man’s car, police officers found containers of gasoline, butane gas and other flammable materials.

The police said they were looking for the man’s relatives and friends to help determine his motive.

Relations between Seoul and Tokyo have deteriorated since Japan tightened controls on the export of some high-tech materials to South Korea. Those materials are used in making semiconductors and advanced flat-panel screens, two of South Korea’s most important export items.

A strong undercurrent of anti-Japanese sentiment pervades South Korea, where memories of Japan’s brutal colonial rule of Korea from 1910 to its World War II surrender in 1945 are kept alive through history books and aggravated by frequent territorial and other disputes rooted in the colonial era.

Japan imposed export restrictions after South Korea’s Supreme Court ruled that South Korean victims of forced labor during colonization had the right to seek compensation from Japanese companies. But Japan says all such claims were settled when Japan re-established ties with South Korea in 1965 and provided Seoul with $500 million in economic aid.

Over the years, anti-Japanese sentiments in South Korea have often exploded into dramatic protests in front of the Japanese Embassy in Seoul.

Protesters have set themselves afire and cut off their fingertips during rallies to show their resolve to fight Japan. In 2005 a demonstrator doused himself with paint thinner and set himself on fire but was rescued by police officers. Protesters have also burned Japanese flags and the effigies of Japanese leaders.

Aging Korean women who were forced or lured into service in brothels for Japan’s World War II army have been the most dogged protesters. They and their advocates have rallied in front of the Japanese embassy every Wednesday since 1992. In recent years, students have been camping out every day around a bronze stature of a former sex slave built near the embassy.