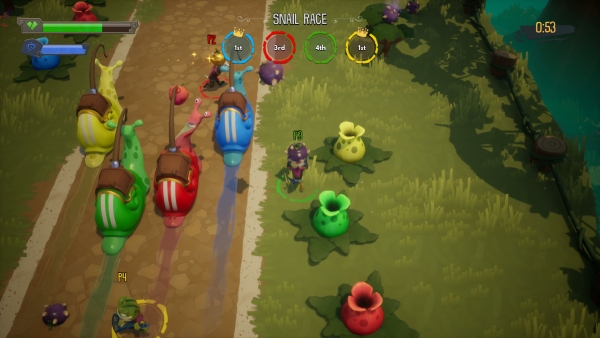 Team up with a friend and battle through a random dungeon,

Here is an overview of the game, via PlayStation.com:

ReadySet Heroes taps into classic couch multiplayer action featuring fast-paced, dungeon crawling! Team up with a friend and battle through a random dungeon filled with monsters and traps. Collect tons of loot to power up your character and fight in a winner-take-all arena brawl!

Watch the announcement trailer below. View the first screenshots at the gallery.