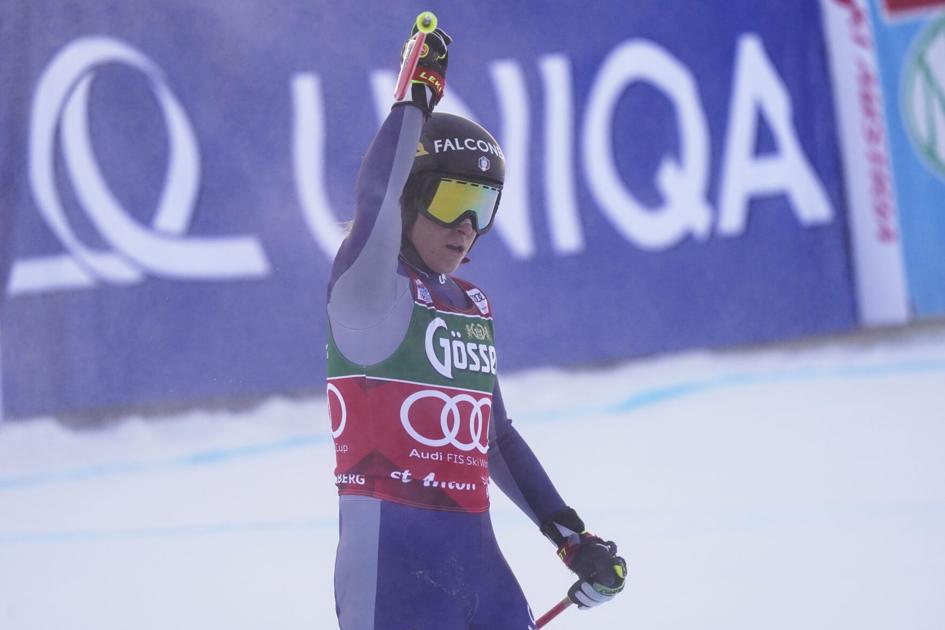 Goggia was fast and nearly flawless in the sunshine on the rarely raced Karl Schranz course to be 0.96 seconds faster than Tamara Tippler of Austria.

Breezy Johnson landed her third straight third-place finish in downhills this season, 1.04 back, after the American clocked the fastest speed of more than 122 kph (76 mph).

Goggia has finished ahead of Johnson in each downhill so far and the Italian now has two wins and a second place to lead the season-long standings.

Goggia’s ninth career World Cup win was her sixth in the marquee discipline of downhill. She rose to third in the overall World Cup standings led by Petra Vlhova.

The two previous World Cup downhills raced at the Austrian resort in the past 20 years were won by Lindsey Vonn in 2007 and Alice Mckennis in 2013.

The result was unofficial with lower-ranked skiers yet to start.

Though no paying spectators were allowed at the finish during the coronavirus pandemic, there were cheers for the racers from recreational skiers on adjoining slopes.

Copyright 2021 The Associated Press. All rights reserved. This material may not be published, broadcast, rewritten or redistributed without permission.